WWE wrestler Big E drew some attention to his dating profile for all the wrong reasons after using a photograph of Arn Anderson.

WWE wrestler Big E decided to embellish his own dating profile with a photograph of Arn Anderson. Naturally, this drew some attention from fans and colleagues alike! 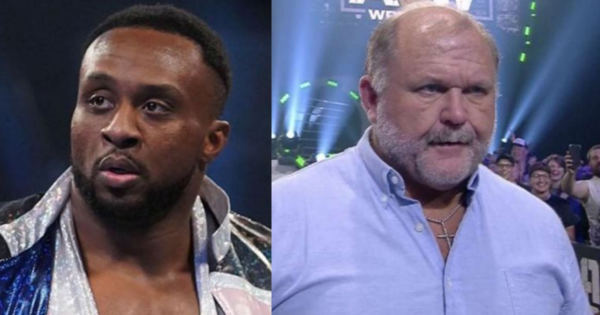 Big E is not shy when it comes to pulling pranks. Even his WWE colleagues can count on the occasional joke.

In addition to his regular pranks, Big E went one step further by featuring Arn Anderson on his dating profile. In fact, the wrestler used a backstage photograph of Anderson doing some ironing.

Anderson himself was not aware of the prank that got pulled on him. When he was asked for a response, Anderson joked Big E was responsible for “making all those ladies miserable”.

“Which means that Big E now is responsible for making all those ladies miserable, because they got turned down obviously. Cause I am married for 30-something’ years, 38 I believe…. happily married for 38 years. So what Big E did was throw me out as bait and no cigar. But I’ve not heard of that.”

When you look at Big E’s social media, you see he often posts funny things. It’s incredible to think that Vince McMahon once thought the wrestler did not have enough charisma to make it in the singles division.

Of course, Big E was also known as quite the funny man as a member of the New Day. So, why don’t we look back at some of the funniest moments? 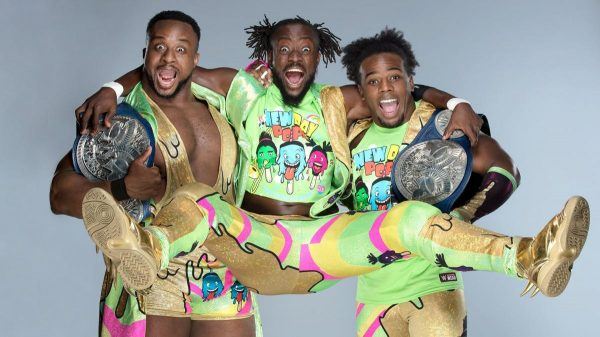 Big E is an incredibly funny man. In fact, he definitely added a lot of comedic value to his faction The New Day.

Over the years, there have been many funny moments involving this faction. Naturally, we also have our personal favorites and here they are.

One of our all-time favorite moments happened early in the career of this faction. In fact, it was during the days when the tag team was still a heel.

Big E, Kofi Kingston and Xavier Woods came out to celebrate their first anniversary. Of course, they came out with their own set of toy horses and Big E wearing a small cowboy hat.

Another funny moment came when The New Day met Edge and Christian. Unfortunately, it did not go well for Christian’s kazoo, as it got devoured by Big E.

While these moments are all wonderful, who could ever forget about the obnoxious encounter between The New Day and The IIconics?

The IIconics and The New Day are quite loud on their own. But what would happen if you put them together?

When The IIconics and The New Day met, it created some amazing television. In the end, it led to the exchange of the most remarkable Christmas presents!

Unfortunately, both tag teams now got split up, which is quite the shame considering this nugget of pure TV gold. Hopefully, we can have a reunion somewhere in the future.

One thing is for sure, there will always be laughter when Big E is around. Just don’t get anywhere near his dating profile!