Batista Pulled From HOF? + Future Of WWE After Vince McMahon

It appears that Batista will not be inducted into the Hall of Fame (HOF) this year. And, the mindset of WWE after Vince McMahon exits.

Based off the WWE website, Batista does not appear to be entering the Hall of Fame (HOF) in a few weeks. Also, Stephanie McMahon discusses what will happen to WWE after Vince McMahon steps away.

Last year, WWE was in the process of naming the inductees for the 2020 Hall of Fame class. Because of COVID, WWE opted to not host the event.

Up until a few weeks ago, there were many questions that needed to be answered. Now, we know the Hall of Fame will take place this year in a virtual sense.

Besides those announced for 2020, WWE has begun adding some other names. But, according to WWE’s website, Batista is no longer listed.

When putting the class together last year, Batista seemed like the most high profile person. There is no word on why Batista has been removed.

It could be that Batista does not want to join the prestigious league without fans present. Then, there are more out there thoughts like trouble between WWE and Batista.

I don’t know why people are upset with Batista not being advertised for the Hall of Fame this year. He is currently filming both Thor 4 and GOTG3. Thor is being filmed in Australia as well.

He probably doesn’t have the time to travel back and forth for WWE. pic.twitter.com/yPFaVKhJxk

Whatever the reason, there are still plenty of big names joining the Hall of Fame. The newest additions include Molly Holly and Eric Bischoff.

Future Of WWE After Vince McMahon 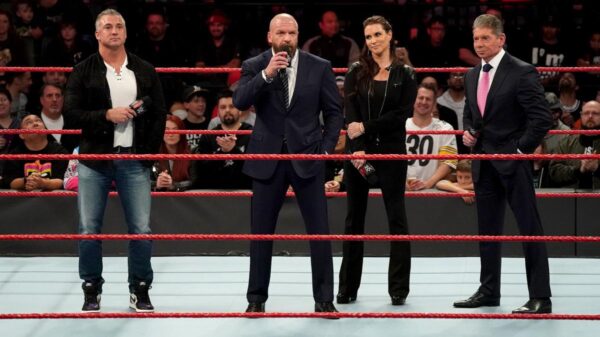 In the United States, the WWE Network has officially switched to NBC’s Peacock streaming service. The move will cost fans less money and increase WWE’s presence to a much larger audience.

Stephanie McMahon spoke to Bloomberg Business of Sports about the future of WWE. This brought up the company’s future once Vince McMahon is out of the picture.

“It’s really remarkable when you think about our history and what Vince accomplished,” said Stephanie. “Think about what he’s done. He took what was a regional business and had the vision to go around and create one organization, nationally and the ultimately globally.”

And, she is on point. Before WWE become a global phenomenon, they were a small territory.

Once Vince purchased the company from his father, he made drastic changes. He went to other territories and signed their biggest stars.

It would culminate with the first WrestleMania. Vince invested everything and the success of the show resulted in a huge payoff.

“I don’t think there will ever be a person to person replacement for Vince McMahon,” said Stephanie. “He does too much.”

“The landscape would look different however it shakes out. But, I think it’s a marriage of those things.”

There is no denying how much Vince cares about his business. He still owns a majority of the company and never stops working.

Vince is known to only sleep a few hours a day and is always ready to talk business. As for shows, he rarely misses and when he does, Vince is still watching and talking to his crew.

There has been a growing question if the McMahon family will sell WWE once Vince is longer running things. Personally, I can see Disney or NBC coming in to buy WWE.