Andrade Requests WWE Release, Champion Out With A Concussion

After not being used for months, Andrade requests WWE release him. And, a champion is out with a concussion and might miss WrestleMania.

Andrade wants nothing to do with WWE and has requested WWE release him. Also, RAW Women’s Champion Asuka is out with a concussion.

Missing from WWE TV for months has been Andrade. Now, there is more to the story as Andrade requested his release on Monday according to Wrestling Inc.

As of now, WWE has not confirmed that the release was granted. The situation is fluid as we await further updates.

Wrestling Inc. has learned that Andrade asked for his release this past Monday at the WWE RAW tapings.

Also, Andrade has made some interesting changes to his social media accounts. He has dropped the “WWE” from his handles, which caused him to start trending.

Fans last saw Andrade on RAW in October 2020. After the WWE Draft, he took some time off for a minor procedure.

He was only supposed to be gone for about a month. Yet, we are closing in on six months and still no word on a return.

WWE had big plans for Andrade as they look for the next Eddie Guerrero or Rey Mysterio. He was given the NXT Championship and United States Championship, but that is where everything stopped.

Before leaving TV, Andrade was feuding with his former partner Angel Garza. Now, Garza is mostly featured on Main Event and their former manager Zelina Vega was fired.

Andrade is engaged to Charlotte Flair, so that might help. WWE does not want to lose or anger Charlotte, so she might play a role in his future with the company.

WWE Champion Has A Concussion 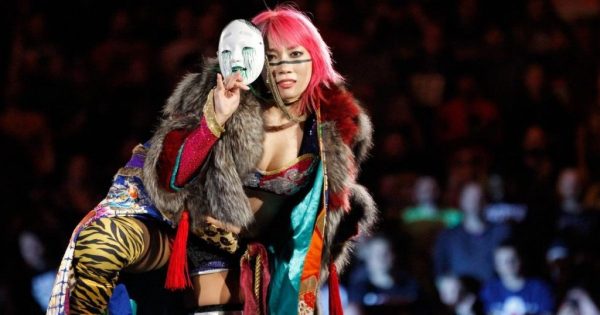 With WrestleMania right around the corner, few matches have been booked. One of the titles currently not listed to be defended is the RAW Women’s Championship.

Apparently, the champion Asuka is out with a concussion. The Wrestling Observer Newsletter confirmed the story and believe it occurred during RAW.

Shayna Baszler kicked Asuka, which knocked out a tooth. Now, that same spot is where the concussion likely occurred.

As of now, WWE has not confirmed the injury and rarely do. But, they might have to speak up because she is the champion.

At one point, WWE planned to have Asuka drop the title to Lacey Evans at the Elimination Chamber. Then, Evans reveled she was pregnant and quickly taken off TV.

The idea was for Evans to battle Charlotte Flair at WrestleMania 37. Ric Flair would play a role as he was romantically linked to Evans for about a month.

So, WWE was looking at Asuka vs. Charlotte in a rematch from several years back. The two were teaming together and WWE just started to show some frustration between the pair.

Currently, there is no word if Charlotte and Asuka will still meet at WrestleMania. If they do, WWE is running out of time to book the match.

The biggest issue with a concussion is the recovery process. Some wrestlers are only out of action for a week, while others take years or are forced to retire.

As noted, Vince McMahon has seemingly tossed out all plans for WrestleMania. He wants the show to be big as fans return, but the lack of a card is not helping.

WrestleMania 37 will take place over two nights in less than a month. It is up to WWE on how much of a storyline they want for their matches.