AEW Will Have Triple Main Event At Dark Elevation Tonight

AEW is planning a spectacular triple main event for Dark Elevation this evening. But which matches made the cut for this special Monday?

AEW will hold an amazing main triple event for Dark Elevation tonight. But which matches made the cut for this special event? 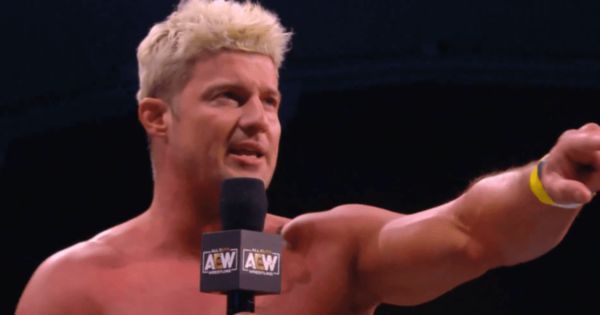 AEW has an impressive lineup for Dark Elevation, boasting a triple main event. And the main event does sport some exciting known and lesser known talent.

The first match on the main event card features none other than Ethan Page. Page made his AEW debut a few weeks ago during the Revolution ladder match.

While Ethan Page lost his debut, he has quickly made waves in the division. Now, he faces Number 5 of The Dark Order.

Another match that will be featured in the main event is Leyla Hirsch versus Ryo Mizunami. Interestingly enough, Leyla only recently signed her contract with AEW.

Hirsch is in line to get her fourth straight up win though. The only thing she has to do is win against veteran Mizunami.

And last but not least, Orange Cassidy finds himself on the main card as well. Only this time, he is not facing Chris Jericho.

For the main event, Orange Cassidy will have a match against Ryan Nemeth. The name Nemeth may sound familiar, too!

Ryan Nemeth is the brother of WWE superstar Dolph Ziggler. There is certainly a resemblance between the men. Now, he is looking to make an impression in AEW.

However, Nemeth will have a tough time with fan favorite Orange Cassidy. And if the polls are anything to go by, Cassidy is believed to take the a decisive win this evening. 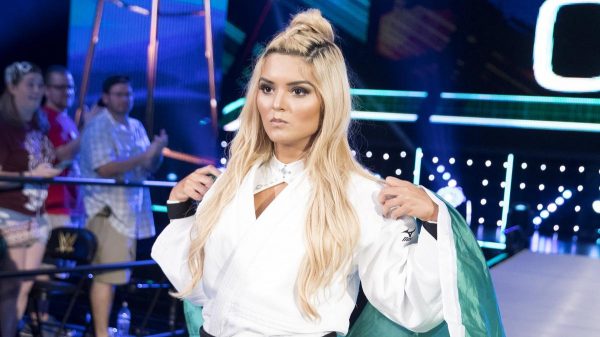 The triple main event is already quite exciting, but there are many other matches to look forward as well.

Red Velvet will also have a match during AEW Dark Elevation. And AEW’s rising star will head into battle with some tag team action.

Velvet will team up with Big Swole, who is making her return since her struggles with a Crohn’s disease flareup. The team will try their luck against Madi Wrenkowski and Leva Bates.

Another tag team match scheduled for AEW Dark Elevation includes the Varsity Blondes, Fuego del Sol, and Jake St. Patrick. This will undoubtedly be one of the dark horse matches of the night.

Another match that is being considered is Tay Conti (former WWE superstar) and Ray Lynn.

In addition to Tay Conti, there might also be an appearance from Ricky Starks and Powerhouse Hobbs.

AEW Dark is getting a lot of attention lately, and this has a lot to do with the acquisition of Paul Wight. Formerly known as the Big Show in the WWE, Paul recently made the switch to AEW.

With Paul Wight working his magic behind the scenes, we are very curious to see what AEW Dark Elevation will bring.

The main product has been more than exciting, so the extra attention to the Dark brand certainly has us burning with curiosity.

Will you be watching one of the most unique events of the year?