What are the top and low-end NXT stars salaries? Who earns the most on the roster? Also, an update on Sonya Deville's stalker case.

Salaries are important and here is how the top NXT stars are doing.  Also, a court date has been set for Sonya Deville’s stalker.

According to reports, the majority of wrestlers that work for NXT earn in the lower end of $100,000 each year.

As per the recent Wrestling Observer Radio, there is one exception to this rule. Dave Meltzer noted that most don’t make $300,000 to $250,000, except for maybe NXT Champion Finn Balor.

He mentioned that Adam Cole could be earning a tad more than this, but that is the salary range for top NXT stars that have been around a while.

What’s The “Starting” Salaries At?

The report went on to state that the “starting” salaries for NXT superstars are at approximately $50,000 to $60,000. This depends on the talent.

For instance, those stars who come in as football players may get more than the above range. It was also noted that raises are given once talents hit a certain level.

Meltzer went on to say that Finn Balor was likely getting pretty good money from day one. After all, he was making good money while working in Japan before NXT.

According to Meltzer, Balor wasn’t a talent who was “dying” to get to the WWE. For superstars in this situation, a decent amount of money needs to be offered.

From salary talk to stalkers. Sonya Deville is a superstar who worked at NXT and would eventually make her main roster debut in 2017. Sadly, Deville suffered from a scary stalker situation back in August 2020.

Thankfully, her stalker will soon have his day in court.

Sonya Deville is currently on SmackDown, helping WWE Official Adam Pearce as his assistant. She took some time off from the WWE, shortly after a personal incident occurred in her home last year. 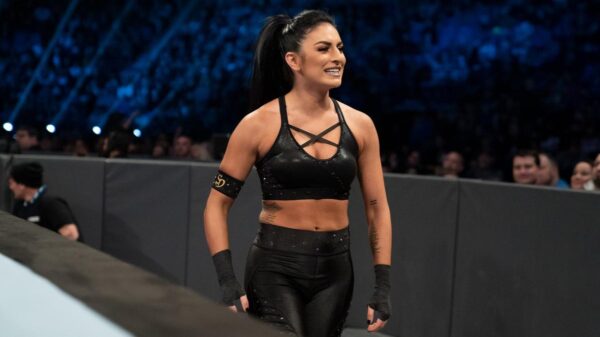 Deville, along with BFF and fellow superstar Mandy Rose, escaped a dangerous situation last August. A man by the name of Philip Thomas tried to enter her home when the ladies were hanging out together.

As per PW Insider, Thomas is set to be questioned on February 25th. The goal is to see if he is mentally competent to stand trial.

Sonya’s stalker will be deposed through a Zoom call, on that date.

It’s important to note, both Mandy and Sonay had their “day in court” in this stalker situation. Rose was deposed this past February 3rd. Meanwhile, Deville was deposed on February 13th.

The police officers that participated in the situation last summer will give their depositions on February 18th.

The good news is that Sonya has been given an indefinite order of protection against her stalker. Thomas cannot communicate with Deville online or in real life.

It’s important to note that the case is still ongoing, and no verdict has been reached yet. Here’s hoping Sonya gets some justice and resolution around this soon.