Sammy Guevara has heat with AEW after refusing to take part in an Impact Wrestling angle. And, the reason Cedric Alexander's push slowed.

Sammy Guevara could have some legit heat with AEW for refusing to work with Impact Wrestling. Also, Vince McMahon stopped Cedric Alexander’s push for disobeying the boss.

Well, it looks like Sammy Guevara has heat with AEW. Apparently, there were plans for Guevara to appear on Impact Wrestling as part of the relationship between the two wrestling companies.

Guevara did not like what was planned and expressed his displeasure with the creative direction. Therefore, the entire angle with Guevara eventually did not take place.

Before the angle was dropped, Impact Wrestling management spoke to Tony Khan and Chris Jericho to fix the matter. Meanwhile, Guevara headed to Nashville despite the problems.

Then, Jericho called Guevara and told him to go home. According to Slam Wrestling, there is concern Guevara’s action could hurt the new relationship with Impact Wrestling.

On the most recent episode of AEW Dynamite, Guevara quit the Inner Circle. That has been in the works for months as AEW planned to push the younger man.

.@SammyGuevara has had enough! HE HAS QUIT THE INNER CIRCLE!
WATCH #AEWDynamite NOW on @TNTDrama pic.twitter.com/5JUaCJrbbO

Guevara found himself in trouble last year as part of the #SpeakingOut movement. Old audio leaked of him saying he wanted to rape WWE’s Sasha Banks.

That incident caused Guevara to be sent home for about a month. Stay tuned if there is fallout from his refusal to work with Impact Wrestling. 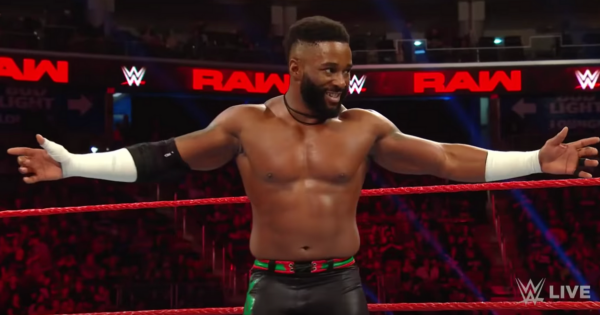 When the WWE brought back the cruiserweight division, they called it 205 Live. Because if its time-slot, the show was never a hit with fans.

Unfortunately, some of the best matches in WWE were produced on that brand. One of the earliest stars from 205 Live was Cedric Alexander.

As part of the 2019 WWE Superstar Shake-up, WWE decided to bring Cedric to RAW. There, he received a quick push as he battled against the likes of AJ Styles.

It did not last long and Cedric quickly found himself on the losing end. When he did compete, he either lost or worked Main Event.

Apparently, Cedric angered Vince McMahon last year and that caused his push to end. WWE Hall of Famer Kurt Angle opened up a bit on the The Kurt Angle Show.

“You look at what they have been doing with Alexander [with] the Hurt Business,” said Angle. “You know, he got in a little trouble last year.”

“He didn’t do something that Vince wanted him to do, and you know, if you don’t listen to your boss, things could get a little bit, you know, depressing for you, and he didn’t listen the one night, and they scolded him for a good half-year before they started using him again, and rightfully so, he should have listened.”

“That is his job. It’s to listen to Vince and do what Vince tells you to do and he didn’t do that.”

“So, I thought, ‘Wow, this kid’s career is over,’ you know, when that happened, and Vince eventually gave him another chance.”

Angle thought Cedric’s WWE career was over. But, then WWE added him to The Hurt Business.

Now, he one of the half of the RAW Tag Team Champions and the stable continues to look strong. WWE has been teasing some issues between Cedric and Shelton Benjamin, so we need to keep an eye on that situation.