WWE has confirmed that an NXT Champion is sidelined ahead of TakeOver, and John Cena repeats his WrestleMania 37 status once again.

An NXT Champion is sidelined due to injury heading into Sunday’s TakeOver, and you can’t help but think they are cursed. Also, John Cena repeats his WrestleMania status yet again.

An NXT Champion is sidelined heading into this weekend’s NXT TakeOver.

Johnny Gargano has been snake-bitten when it comes to title reigns in NXT. This latest twist doesn’t do anything but make me think he’s a bit cursed.

Austin Theory first revealed the news via Twitter, and turned it into a way to challenge Kushida for this week’s episode of NXT.

Kushida, of course, was supposed to challenge Gargano on Sunday for the North American Championship.

WWE has since confirmed only that Gargano is out of action. The report also confirmed that Austin Theory will battle Kushida on Wednesday’s show.

What they did not do, however, was elaborate on what ails the NXT North American Champion. It is not yet known how long the NXT Champion would be out of action.

It will be interesting to keep tabs on this situation. Considering that WWE has not said how long Gargano would miss, it’s possible this is a minor thing.

Minor ailments wouldn’t tend to cause a champion to miss much time. As such, no belt would be relinquished.

However, if Johnny Garagno is down for an extended stint, we could be seeing a tournament to once again crown a new NXT North American Champion.

Also, considering what we are in the midst of, it would seem possible that it’s COVID related.

If it is, you’d hope that Theory’s mention of “coming from Gargano’s house” is merely a storyline vehicle, and not in any way putting others at risk.

With this year’s WrestleMania once again a two night affair, people expect some big names to be involved. One of those suspected names, John Cena repeats his WrestleMania status. 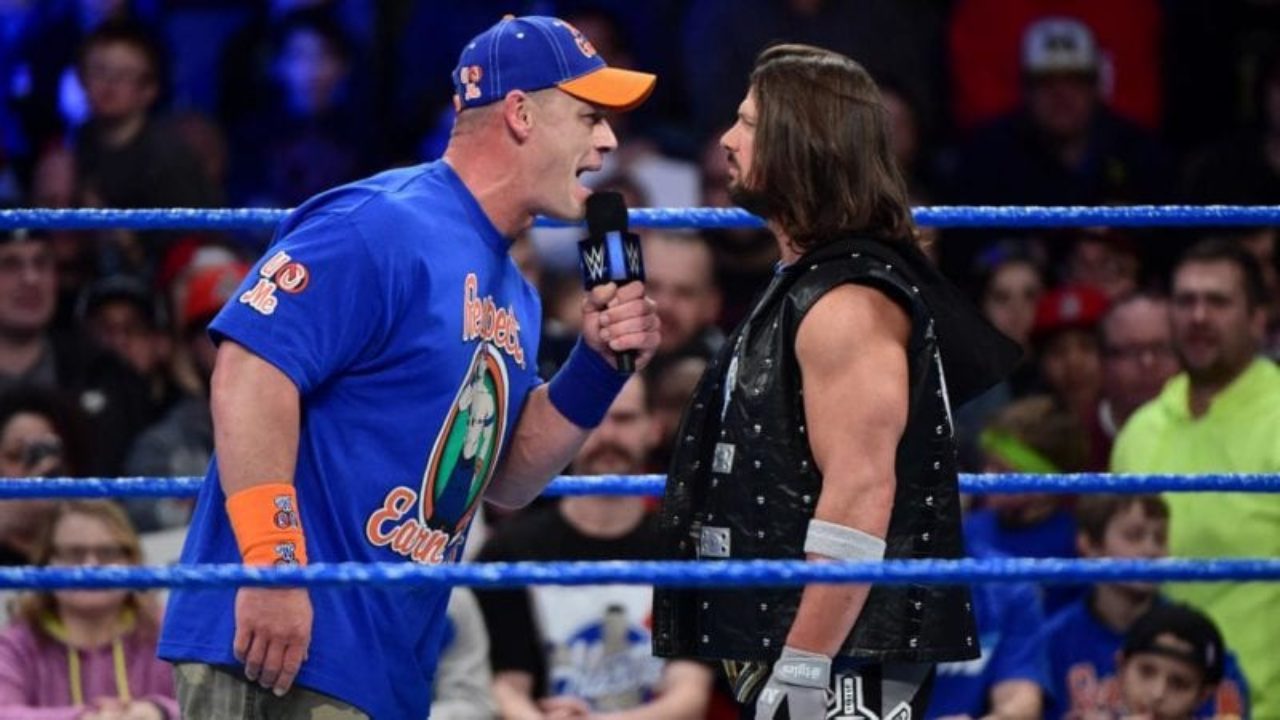 It’s not a positive, if you are a fan of his or were otherwise hoping to see John Cena in Tampa for WrestleMania.

Cena recently spoke with Forbes Magazine, and one topic they touched on was his availability for the biggest show of the year.

He repeated his comments from earlier on, that he did not expect to make the big show. He had to repeat them because some of his peers think he will still show up.

Specifically, Corey Graves commented during his podcast. He feels that the future Hall of Famer won’t miss the event in Tampa.

Cena doubled down on his WrestleMania status. He is currently filming a series for HBO, with the shoots happening in Canada.

Due to pandemic-related travel restrictions, Cena confirmed once again that any appearance in Tampa for WrestleMania would be a bad move for the production.

John Cena confirmed he could easily get to Tampa, but for him to get back to Canada for filming would require at least a two week quarantine.

That would mean setting the HBO production back more than two weeks (factoring in the time he’d be away before and during WrestleMania, too).

To Cena’s credit, he said that he just couldn’t do it, that it would be very selfish.

Of course, John Cena did leave the door ever so slightly open. Cena commented that, should restrictions change where he could travel without needing a lengthy quarantine, an appearance would be theoretically possible.

However, as things currently stand, it would seem highly unlikely that we see John Cena at WrestleMania this year. At least, not in person in Tampa.