There's an injury update for Kacy Catanzaro, as the NXTer might be out of action for a while. Plus, EC3 signs a new wrestling deal.

NXT superstar Kacy Catanzaro might be hurt after last night’s encounter with Xia Li. Her injury update, below.

For anyone that watched NXT this week, Kacy Catanzaro received a beatdown from Xia Li. Looks like her injury is legit. The commentary team stated a broken leg, but there seems to be more.

The segment could have been put in place to write Kacy out of storylines. There is a good chance that she won’t be seen on television for a while.

Wrestling Observer Radio’s Dave Meltzer reported on Catanzaro this week. He noted that Kacy must be injured. He stated that when “they say” a broken leg, that means “out for a couple of months”. Dave also revealed this is an “excuse” for a “real” injury.

Plus, Catanzaro had a big knee brace to begin with. In conclusion, Meltzer believes she’s injured.

He might not be wrong. A lot of times, superstars are written out with a storyline injury to help rehab another issue.

Kacy officially joined NXT in 2018. Over the years, she’s showcased her amazing athleticism. In the past, Catanzaro has competed in the 2018 Mae Young Classic and 2019 Women’s Royal Rumble.

Reports surfaced in September 2019 stating she had resigned from the WWE. Kacy would return to the ring in January 2020. At that time, she revealed she took some time off as she continued to have doubts about wrestling.

Here’s hoping Catanzaro heals up quickly for an NXT returns. She has a unique in-ring presence. Many fans find her entertaining in that squared circle.

WNZ will stay on top of this story as more information is provided.

While EC3 had an impressive NXT run, his time on WWE’s main roster lacked luster. He departed from the company in 2020 due to COVID-19 budget cuts. However, the silver lining in all this is he’s on to the next chapter in his wrestling career.

EC3 has signed a contract with Ring of Honor (ROH). The terms have not been outlined yet. The announcement was made earlier this morning. 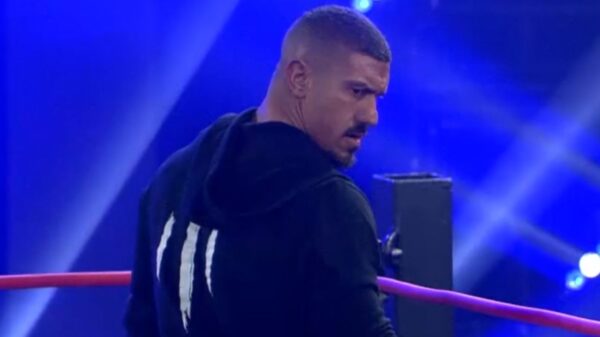 Shortly after EC3’s departure from the WWE last year, he had a brief run with Impacted Wrestling. He would then jump over to ROH, later in 2020.

EC3 was booked for the ROH’s December pay-per-view (PPV), Final Battle. He was scheduled to face Briscoe. Sadly, the match was canceled after he tested positive for COVID-19.

Back For Another Run

The good news is that EC3 is now back with ROH. He made an unannounced comeback during their last TV show. EC3 confronted Briscoe, during the segment. It seems as if he might be back in the saddle at the promotion.

EC3 is known cryptic tweets. Below are some he’s posted since his ROH return.

There is no #Honor in what we do.⁣

EC3 has been wrestling for almost two decades now. He’s hit some incredible accomplishments during his career. Some major milestones include TNA World Heavyweight Champion (twice) and Impact Grand Champion.

Here’s hoping there are some bigger days ahead for EC3. His new journey with ROH should prove to be interesting.