We saw a big Undisputed Era change last night at the end of the main event, and some were stunned. Pat McAfee reacts to the moves.

In the final moments of the show, we saw a big Undisputed Era change at TakeOver on Sunday evening. And, a man who feuded with the group recently, Pat McAfee, reacts to the move.

There was a big Undisputed Era change at TakeOver on Sunday. 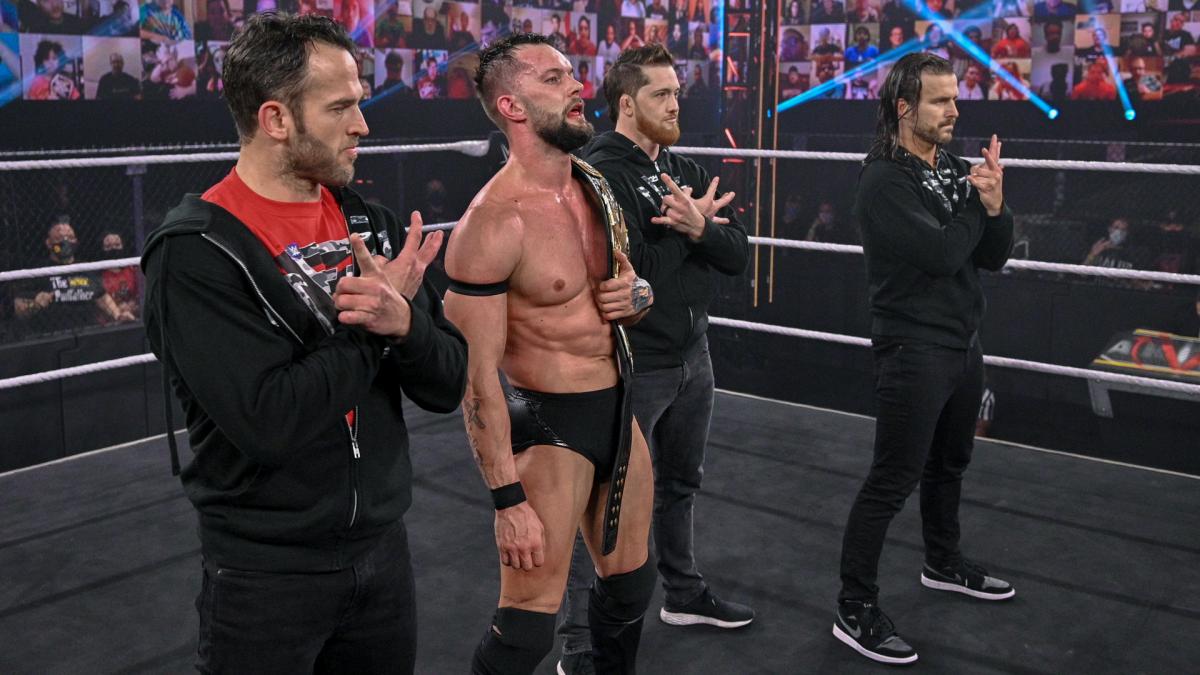 Specifically, by all appearances, the faction as we knew it is over. 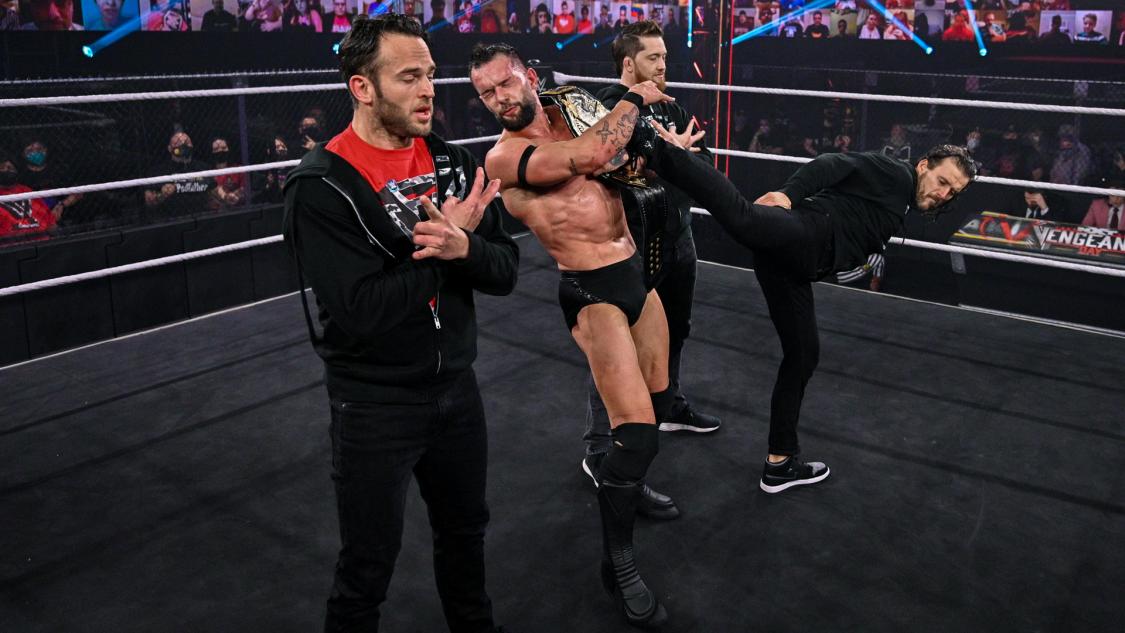 The show seemed to be set to fade to black after the Undisputed Era-Adam Cole, Kyle O’Reilly and Roderick Strong-came down and made the save for Finn Balor.

Balor had been attacked by Pete Dunne and friends following his main event victory.

The big Undisputed Era change at TakeOver? That may be the group breaking up.

As the seemingly babyface group posed for the camera, Adam Cole delivered a super kick to Finn Balor.

This did not sit well with Kyle O’Reilly. Of course, KOR and Finn Balor have recently had some incredible bouts, so there is no doubt some respect there.

Well, for his protests, Kyle O’Reilly also got kicked in the face.

Roderick Strong appeared at first conflicted, but we may be looking at Strong and Cole as a pair, with O’Reilly and Balor opposing.

Bobby Fish, of course, is out of action injured, so it will be interesting to see how he gets involved.

The move was part shocking, part somewhat anticipated. Some fans thought a fracture was happening last year, while others wished the faction would survive to a main roster move.

On the heels of the major Undisputed Era change at TakeOver, one of Adam Cole’s biggest fans had to speak up. Pat McAfee reacts to the moves made by Cole on Sunday. 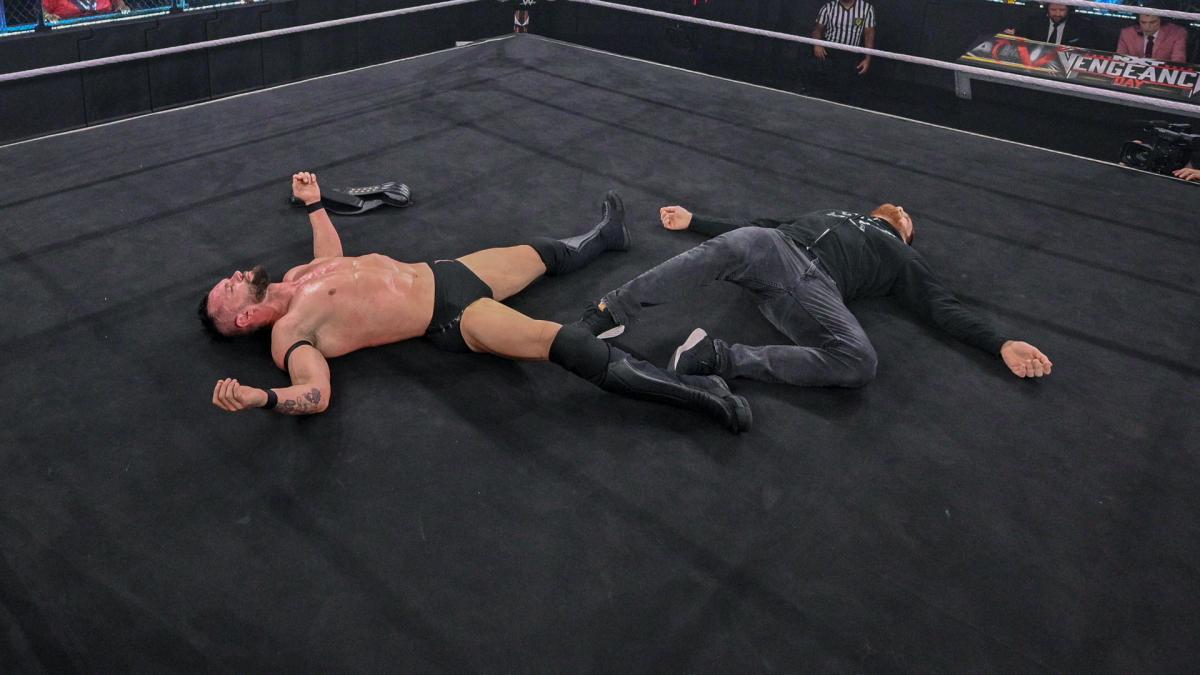 McAfee, a former NFL player, made his wrestling and NXT debut in 2020. The former punter went right after Adam Cole.

During that feud, the green Pat McAfee played the heel role. Now, Pat McAfee is reacting to the move made by a very heel Adam Cole…and the tweets are everything you’d expect.

Who would’ve thought??@AdamColePro’s a certified scumbag??

Internet Wrestling Community, I am now accepting your apologies in abundance.

You are by far the dumbest group of humans on the internet, you could’ve never known your hero was a treasonous scumbag but, I knew it all along. Please use #PatWasRight in your apology tweets. pic.twitter.com/DuQRpJNAbJ

McAfee is every bit the heel he played from the beginning of his time with NXT. At the current time, McAfee is not involved with any NXT program.

Given his feud with the former champion, the remarks could just be that. Or, knowing WWE likes social media engagement, it’s entirely possible that McAfee is making an (approve, planned and expected) move.

Time will tell, but as always, this one is worth keeping an eye on.