Paul Newman had "rare" love story with wife of 50 years, Joanne Woodward, with their daughter saying they were "passionately in love."

In the crazy and sinful world of Hollywood, it’s rare to find any relationship that is able to stand the test of time. That’s what made the incredible 50 year marriage of Oscar winners Paul Newman and Joanne Woodward so special.

In a new interview with Closer Weekly, Newman and Woodward’s daughter Clea Newman Soderlund opened up about what made the connection her parents had so “rare.” She explained that they were “passionately in love.”

“They respected each other and laughed more than any couple I have ever known,” said Soderlund, 56.

Woodward, who won an Oscar in 1958 for her work in The Three Faces Of Eve, will be turning 91 at the end of this month.

Newman made at least 67 movies and is well-known for “Cool Hand Luke,” “Butch Cassidy and The Sundance Kid,” “The Sting,” and “The Verdict.”

Soderlund went on to explain that the connection her parents had left a lasting impression on her that impacted her own love life.

“That’s why I didn’t get married until later in life,” she admitted. “It was hard to find somebody who was really that kind of partner in every way, as my dad was to my mom.” 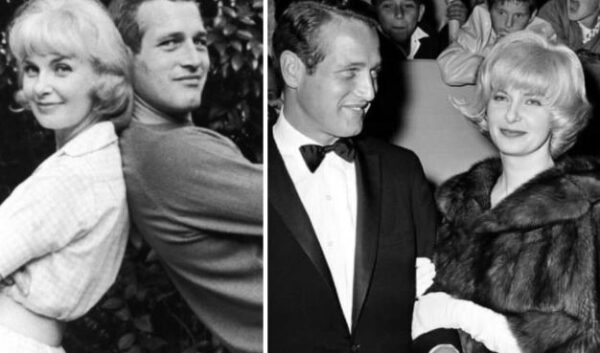 Just because Newman and Woodward were madly in love, it didn’t mean their marriage was always perfect.

“There were some rough times and a give-and-take on both sides,” said a close friend of theirs. “But the close loving bond between them would prove to be unbreakable.”

Newman was still married to his first wife, Jackie Witte, when he met Woodward. They were both students at Lee Strasberg’s famous Actors Studio.

“Jackie had encouraged Paul to stay in Ohio so he could inherit a successful business,” the friend explained. “He began to resent Jackie and turned to Joanne as a friend.”

Newman’s connection with Woodward deepened when they starred together on Broadway in the 1953 show “Picnic.”

“They were inexorably tied to each other by every molecule of their being,” said the couple’s daughter Lissy. “The good, the bad and the ugly. They were stuck together.”

They would go on to have three daughters, and Woodward put her own career on hold to raise them.

Before long, it became clear that Newman was a heavy drinker, something that Woodward struggled to deal with at times.

“Most of their arguments centered around his inability to curb it and the trouble that he would get into because of it,” a friend said. Newman also allegedly had an affair with writer Nancy Bacon in 1969.

Despite these challenges, Newman and Woodward stuck together. He tried hard to make amends with her when he did something wrong.

“He realized the sacrifices Joanne made for their marriage and their family and stepped up,” the friend said, adding that Newman “produced and directed several movies to support Joanne’s career as a character actress.”

In December, a Rolex watch that Newman had given his wife on their 25th anniversary was sold at auction for $5.4 million. On the back were engraved the words, “Drive slowly, Joanne.”

“To me, this watch shows my mother’s tolerance of his continued passion for racing,” said Soderlund, “and reflects the enduring love between them which remained for another 25 years until his passing.”

Young people today can learn an awful lot from the enduring marriage of Newman and Woodward.

Marriage isn’t easy, in fact it’s quite a lot of work. Taking the vows “til death do us part” seriously is truly worth it in the end.