WWE legend Triple H apparently hated one fan chant. This was revealed during an interview with Gallows and Anderson.

Triple H allegedly had an aversion for one particular WWE fan chant these past five years. Now, Gallows and Anderson reveal what WWE chant is getting to Triple H. 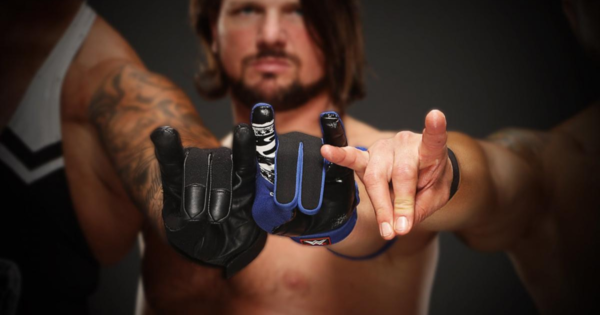 The “too sweet woop woop” chants was arguably one of the most popular WWE chants of the decade. However, not everyone enjoyed it.

If Gallows and Anderson are to be believed, Triple H hated the fan chant with a vengeance. And, it appears Anderson was not a lover of it either.

“I still wish it would have happened last year [2019], but do to it where we were and to have a live crowd of rabid AEW fans and them chanting ‘Too Sweet,’ which started in WWE for some reason, which Hunter hated. He really hated the ‘Too Sweet, Woop Woop.’ I’m not saying I love the sound of it, but at least they did it.”

The chant may have started in the WWE and it did give both men a distinct advantage. After all, the chant made the Bullet Club more mainstream.

When Gallows and Anderson were released in 2020, they were able to get more opportunities. While they were already indie gods before their WWE tenure, I am sure that chant added a little to their overall cache.

During the interview, Anderson also admitted we will not hear this chant during the ThunderDome reign. According to him, the company controls every single chant, and can even orchestrate things.

Where Are Gallows And Anderson Now 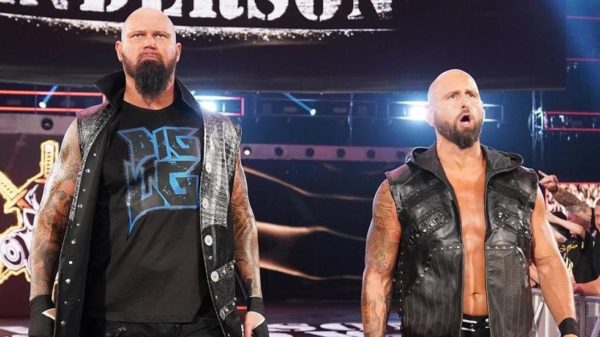 Gallows and Anderson may have been released from the WWE in 2020, but it has not stopped them from seeking new opportunities. In addition to starting their own business venture, the pair also made their debut on IMPACT.

The Good Brothers joining IMPACT was a bit of a surprise considering the arrival of AEW earlier in 2019. Nevertheless, it seemed that the Good Brothers found their new home.

Little did we know AEW and IMPACT were planning something in secrecy. Just recently, Gallows and Anderson made their debut on AEW.

It is widely known that IMPACT and AEW allow a crossover of their brands. This means that the current AEW Champion also heads to IMPACT with his title.

So, first appearances seem to indicate a temporary or infrequent appearance for Gallows and Anderson. But if they wanted to, I do not think anything is really set in stone.

Both IMPACT and AEW are benefiting from exchanging champions. Of course, it also enables us wrestling fans to enjoy an appearance of Gallows and Anderson while getting interested in a brand we might not have considered before.

By joining IMPACT and working AEW as well, Gallows and Anderson have set a new bar for the wrestling industry. Given their status in the wrestling world, they brought a lot more attention to both brands as well.

While the nearby future is still unclear for Gallows and Anderson, it is clear their wrestling career is far from over. Where the Good Brothers are concerned, one brand is too small to contain them now!