According to reports, WWE has scrapped plans for Melina's return and the latest direction for the odd stable known as Retribution.

WWE cancels Melina’s return for the time-being after reports surfaced. Also, the latest on Retribution and future storylines.

Melina spent several years as a WWE superstar before disappearing from the promotion.

However, recent reports indicate that she was to return. Johnny Fairplay, in an interview with PW Torch, explains what happened.

According to Fairplay, Melina was going to be brought in as a manager for the Robert Stone Brand on WWE NXT.

“His plan was to bring in Melina and manage in NXT,” Fairplay said. “She had to have surgery or something. They’re not using him.”

Melina left the promotion back in 2011 and despite previous reports that she signed a new deal, the former superstar disputes it.

The 41-year-old native of California began her career in 2000 at the School of Hard Knocks under the guidance of Jesse Hernandez. She auditioned for WWE Tough Enough III in 2002, joining the WWE two years later.

Her most recent noteworthy pro wrestling appearance came in 2019 with the National Wrestling Alliance, aligning with Marti Belle and Thunder Rosa.

During her WWE run, Melina won the Divas championship twice and the Women’s title three times. 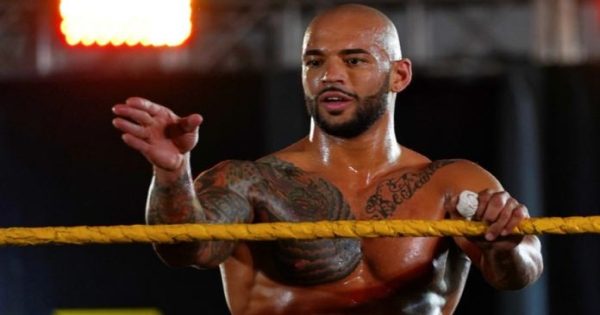 Plans remain in the works for Retribution to continue in its pursuit of adding Ricochet to the heel stable.

On RAW, the rebel group and WWE superstar were once again entangled with one another. Mace, a member of Retribution, scored a singles victory over Ricochet on the program.

“Ricochet, you made a decision to not join RETRIBUTION… tonight, Slapjack will make sure you face the consequences.” #WWERaw @AliWWE pic.twitter.com/0P2PmMTk4S

This followed an encounter between Ricochet and Dana Brooke against the group’s Reckoning and Slapjack in mixed tag team action. Ricochet and Brooke picked up the victory in that bout.

According to a report by PW Insider, WWE plans to continue with the angle as Retribution keeps pushing for Ricochet to join.

Mustafa Ali, the leader of Retribution since coming out from behind the mask, led the assault on Ricochet in hopes of pursuing him to change his mind. So far, Ricochet has remained steadfast in his decision to not join the stable.

Ali let it be known that they will continue pushing for Ricochet to join them.

It has been an interesting 2020 for Ricochet. He was defeated by Brock Lesnar at Super ShowDown in a squash match for the WWE title and has also had feuds with The Hurt Business.

However, he has failed to advance up the WWE pecking order through either instance.

The 32-year-old native of Illinois has been an active member of the WWE roster since signing in 2018. He was on NXT before being promoted to RAW a year later.

Over the past two years, Ricochet has been in matches with the likes of Finn Balor, Aleister Black and Samoa Joe. He won the WWE United States title from Joe, losing it to AJ Styles at Extreme Rules.