A WWE program featuring a pair of married superstars was skipped over. And, Rusev was fined for a completely ridiculous reason.

WWE skipped a program for a married Superstar and his spouse-find out what. Also, WWE fined Rusev for a change while he was still with the company…and it may surprise you.

Zelina Vega was recently on Lilian Garcia’s podcast, Chasing Glory. On that episode, Vega made mention of the program.

In real life, Zelina Vega is married to Aleister Black. On screen, Vega is managing Andrade.

At one point, Black and Andrade feuded over Andrade’s United States Championship.

The proposed program would have seen Aleister Black win the title, and then WWE would have somehow acknowledged the off-screen relationship.

That would have then led to tension and driven the program-what would Vega do, as her on and off screen obligations clashed.

For whatever reason, that program-like countless others-never happened. Andrade is still managed by Vega, and now Aleister Black has turned heel…and neither have the title.

Still, with fans seemingly on board with a heel turn for the dark Aleister Black, one has to wonder if a Black-Vega on screen partnership could be revisited.

For what it’s worth, a tag team of Andrade and Black could also be a fun way to see the two Superstars used in the short term.

Long term, a revisiting of their NXT feud may not be a terrible idea. Both are talented, and I’d argue underutilized, Superstars.

A pairing which leads to an eventual feud again could be good for all involved. 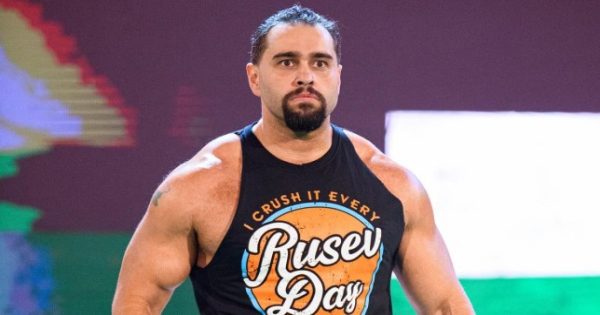 It is well known that WWE is a bit of a stickler over some rather odd things, like appearances. We’ve learned that Miro, then Rusev, was fined for an odd change.

As in, WWE fined the current AEW star because he changed his hair.

Yes…not a typo. Rusev was fined by WWE for getting his hair cut.

That tale came straight from Miro’s recent appearance on Talk Is Jericho, the podcast hosted by his former WWE and current AEW peer, Chris Jericho.

According to Miro, he cut his hair short during a stretch where he was not being used by WWE. He made one appearance during that stretch, which is when officials noticed the change in appearance and weren’t pleased.

While I understand that WWE markets it’s Superstars and likenesses, it seems a bit much to fine Superstars for something like a haircut.

On some talent, I’d understand some more concern. If someone with a distinct hair color or style went for a big change, it could be more problematic.

Thinking like, Sheamus ditching the mohawk, or Becky Lynch going platinum blonde. Both have that right to do so, but each style is so tied to their image and likeness.

Still, this is yet another report of WWE perhaps over-managing things. Add it to the push to control Superstar social media, and it may push more and more talent away from the company.