There is no break in the UFC’s busy schedule this weekend, as UFC Vegas 14 is going down today at the Apex Facility. After the action has wrapped up, you can watch the post-fight press conference below. 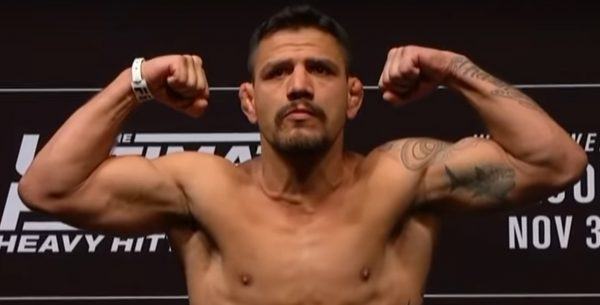 In the main event, lightweight contender Paul Felder will battle former champ, Rafael dos Anjos. It’s a fascinating fight due to the abilities of both men, but also because of how this fight came together.

Dos Anjos was originally scheduled to fight Islam Makhachev in the headliner. But, when the latter recently withdrew due to an undisclosed medical issue, Felder stepped up.

The fight is also marking the return of dos Anjos (29-13) to the lightweight division. In 2016, RDA went up to welterweight and he’s gone 4-4 since (while fighting the likes of Kamaru Usman, Colby Covington, Robbie Lawler and Leon Edwards).

Felder (17-5) is coming off a split decision loss to Dan Hooker in February, in what was one of the year’s best fights. ‘The Irish Dragon’ is 3-2 in last five fights.

You can check out the post-fight press conference below.