Paul Felder has agreed to fight Rafael dos Anjos on just days notice, in a five round, lightweight fight and now he's explained why.

Plenty of eyebrows were likely raised throughout the MMA world, when it was announced that Paul Felder has agreed to battle Rafael dos Anjos on just days notice, this Saturday at UFC Vegas 14. Since news of Felder’s decision broke, ‘The Irish Dragon’ has explained why he took the bout with RDA. 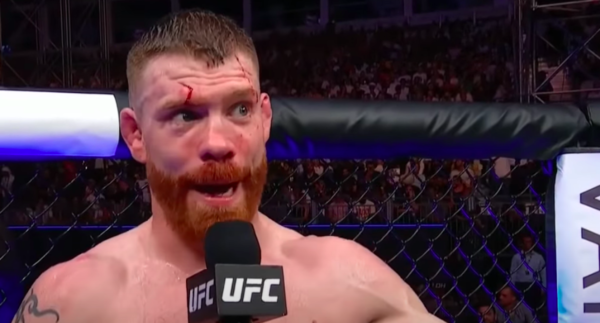 Felder asks “what do I have to lose?”

Dos Anjos was supposed to fight Islam Makhachev in the headliner of UFC Vegas 14. But, recently it was announced that the lightweight contender had withdrawn due to an undisclosed injury.

Not that long after, it was announced that Felder is stepping up to face RDA in the headliner.

Since then, the 35-year-old Felder spoke with ESPN’s Ariel Helwani. While explaining his decision to face dos Anjos, on just days notice, in a five-round fight, and at lightweight, Felder said this (quotes via MMA Junkie).

“I thought about it, and I decided with everything going on in the world and all the sad things going on in people’s lives and losing their jobs and suffering, and we just lost Alex freaking Trebek to pancreatic cancer, I was like, ‘Man, you know you’re still 36.

And while discussing where his weight is at, and why he agreed to fight dos Anjos at 155 pounds, Felder added this.

“I think he really wants to be fighting the top guys at 155 to make his comeback and give himself a chance,” Felder said. “

Obviously, we talked about catchweights. But I know with main events, if possible, they like to keep it at the weight class.

That was one of the things: ‘Do you think you can make it?’ It’s not going to be fun, but I’m going to make it.”

Now, the fact that Felder agreed to fight RDA wasn’t necessarily that surprising. After all, we’re talking about one of the toughest and most rugged fighters in the UFC’s lightweight division.

What was somewhat surprising, however, was Felder agreeing to fight RDA at 155. But, as Felder outlined above, it sounds like, fortunately, his weight is in a good place since he’s been training.

Dos Anjos, it should be noted, will be fighting at lightweight for the first time since 2016. He went up to welterweight, initially, due to how much weight he has to cut to make 155.

So, it will be interesting to see how both men look at the weigh-ins on Friday.