Khabib Nurmagomedov has repeatedly said he's retired, but a recent social media post he made has people wondering if that could change.

Khabib Nurmagomedov has said several times now, since he initially announced he’s retired, that his fighting days are done. But, thanks to a recent Instagram post, it looks like some fans and observers are wondering if he’s teasing a comeback. 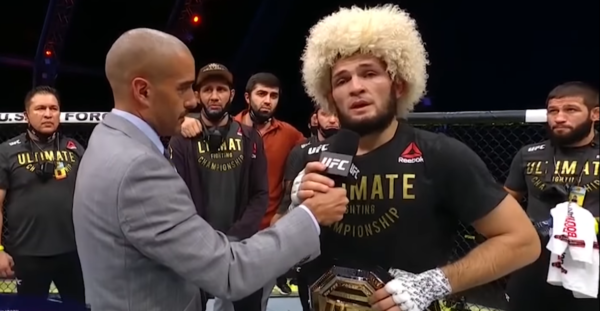 As you very likely know, Khabib announced he was retiring after he choked out Justin Gaethje at UFC 254 last month. The lightweight champ said that after his father passed away earlier this year, he promised his mother the bout would be his last.

But, not long after, Dana White reported that after talking with Khabib, he believes the champ will return to pursue the 30-0 mark. White has repeated that contention, even though Khabib has publicly said several times now, he’s retired from fighting.

Now, of course, it’s not surprising that the post has prompted debate about whether Khabib’s teasing a comeback. The argument being that why else would he go out of his way to post that publicly?

But, it doesn’t necessarily mean that Khabib is planning to meet with White regarding another fight. There could be other business deals they’re working on together; it could be because Khabib has another reason for going to the U.S. and is just meeting with White for dinner, etc.

But, yes; it is an interesting decision by Khabib to post that. He almost certainly knew that in doing so, he’d spike speculation about a comeback.