Former champion Seth Rollins is ready to move on from his feud with the Mysterio family, but the group followed him over.

Unfortunately for Rollins, those past rivals from RAW followed him over to the new show.

Rollins has been involved in a lengthy feud with Rey Mysterio and his family over the past several months. With the recent WWE Draft, he believed a change of shows would lead to new feuds.

“Yeah,” Rollins said while appearing on WWE’s The Bump. “You know, I was hoping that SmackDown would be a fresh start for me, but they (the Mysterio family) don’t seem to feel that way.”

The rivalry has included bouts with Rey Mysterio and Dominik Mysterio. Aaliyah Mysterio has also been involved and even betrayal by Murphy against Rollins.

“I guess we’re going to have to finish that unfinished business,” Rollins added, “before I move on to the next chapter. Or whatever the first chapter of ‘The Smackdown Savoir’ will be.”

For Rollins, the change is welcomed. He is looking at the new dynamics that come with it.

“I mean, it’s interesting how some of the dynamics are different,” he said. “Especially going from a three-hour show to a two-hour show. The ocean is different now.

“We have a lot of big fish. It’s such a different ballgame, but the approach is still the same.”

Once Rollins is over Mysterio, a special name could be waiting for him: Daniel Bryan. The two exchanged shots on a recent episode and have a feud that dates back years.

“My message currently is to stay out of my business,” Rollins said. “The thing is, he came out here – I get what he was doing. He was excited to be part of SmackDown.

“You know Daniel and I go back a long way, so I felt a bit insulted when he didn’t mention someone who’s been a big part of his career. I took exception to it and I let him know about it.”

For now, Rollins will focus on Mysterio and putting the final nail in that coffin.

“I’ve got some unfinished business with the Mysterio’s,” he said. “I hope that he just stays away. Afterward, once I’m done retiring Rey Mysterio once and for all, we can pick up where we left off.” 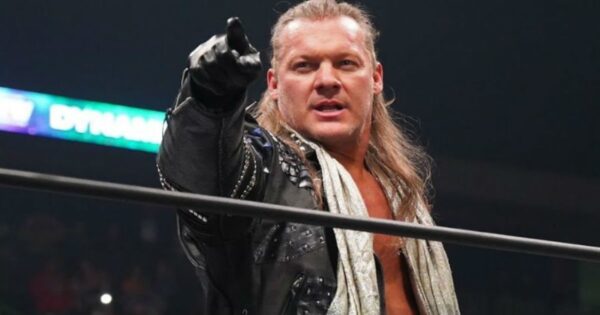 During a recent episode of Talk Is Jericho, former WWE superstar Chris Jericho addressed any royalties from WWE Network.

Turns out, the current All Elite Wrestling (AEW) superstar is receiving nothing from the service.

“In my opinion, this really does have to change,” Jericho said. “This is no ill will towards the WWE. It’s just the way it is.”

WWE Network has both a free and paid service, with the latter being just under $10 per month.

“They can show all of my matches on their network that people pay for and I don’t get a dime of a royalty,” Jericho said. “It makes no sense.