There were a couple of scary moments on AEW's program Dynamite this past week involving Alex Reynolds and Fenix. So, here's the latest.

During AEW Dyanmite, there were two possible injuries. Alex Reynolds took a scary bump in the main event and there is concern over Fenix suffering a concussion or neck injury.

Safety for pro wrestlers is always a major concern, and that was evident on All Elite Wrestling: Dynamite for Alex Reynolds this week.

A scary moment was in the main event four-way tag match. The bout featured Reynolds and John Silver, The Young Bucks, Private Party and The Butcher and The Blade.

The Young Bucks would earn the win.

During the bout, Reynolds was hit by a top rope move from Isiah Kassidy of Private Party that saw his thigh land on the face of Reynolds. From the moment of contact, it appeared as if Reynolds was knocked unconscious.

Following the conclusion of the wild and entertaining match, Cody Rhodes and others could be seen in the ring to check on the condition of Reynolds.

After a brief period of time, Reynolds was able to get to his feet and exit the ring under his own power.

He walked out under his own power. Seemed to be shaken but fine. pic.twitter.com/g3Z6W0HTgU

Reynolds and Silver, also known as The Beaver Boys, work with The Dark Order. The recruitment into The Dark Order played out through several vignettes.

Earlier this year, both Reynolds and Silver signed long-term contracts with AEW.

Previously, the two competed for WWE in 2019 as Alex Keaton and Johnny Silver. The match was in Madison Square Garden on an episode of SmackDown. 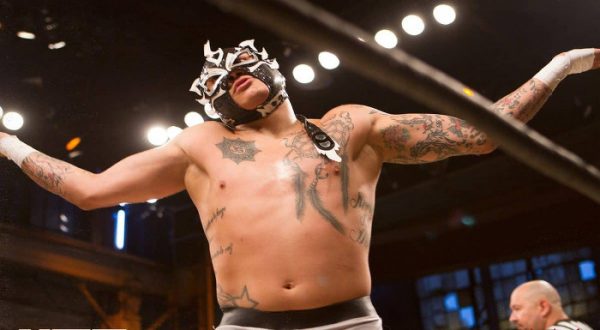 AEW superstar Rey Fenix and his brother, Pentagon Jr., put on a show for the fans on this week’s edition of AEW Dynamite.

However, the incredible bout left little brother worse for wear.

Dave Meltzer of Wrestling Observer Radio reports that Rey Fenix looks to have been injured. However, the wrestler is reporting he was just “sore” after the conclusion of the grueling match.

Meltzer reports that he believes Fenix to have suffered a concussion and possible neck injury during the bout.

As of now, Fenix remains in the ongoing tournament to crown a No. 1 contender. He will face Kenny Omega in ongoing event next week.

The 29-year-old from Mexico City, Mexico is one-half of the AAA world tag team champions with his brother. The two joined AEW in 2019 after a confrontation with The Young Bucks.

One of the best high flyers today is Fenix, who impresses with unbelievable spots. Although, those same moves have caused him problems.

Over the past year, Fenix has been injured several times. Usually, the injury is not severe, but it has caused him to miss a few weeks here and there.

Since AEW only airs on TV once a week, missing even a few weeks of action is costly. It has caused AEW to change the direction of certain programs.

For now, we will have to see if the latest setback means Fenix has to miss time inside the ring. If that is the case, then Kenny Omega will need a new opponent for next week’s semifinal match.

AEW might decide to have Pentagon Jr. replace him since he was in the match opposite Fenix. Or, they could have the losers from the opening round work a match with the winner taking Fenix’s spot.