Mickie James is injured once again, this time for breaking her nose during a match. And a familiar WWE name claims to have been jumped.

After recently returning to WWE TV, Mickie James is once again out of action with a broken nose. And, former WWE superstar Marty Jannetty says he was jumped at JFK Airport.

RAW will be down a superstar for a few weeks as Mickie James broke her nose. She mentioned the injury took place during a match, but did not state which one.

While speaking to the YouTube channel’s GAW TV, James went into further details.

“So, [I] legit broke my nose in a match, and now I can’t wrestle for a couple of weeks,” said James. “Unfortunately that sucks and it wasn’t severe. It wasn’t like my nose was blasted across my face.”

“More like a curve and I can’t breathe out the one side. And I’ll be honest, I thought it was gonna be a lot more painful to get it fixed. It was more like pressure to get it fixed.”

“It honestly feels like I have this sinus pressure headache, kind of allergy for the last couple of weeks. My nose was dislocated in a way that my cartilage was dislocated away from my nasal cavity so they had to relocate it back.”

The timing of the injury is only a minor setback considering what she has gone through. Back in June of last year, James suffered a torn ACL in her knee.

Up until that point, James had avoided any major injuries during her 20 plus year career. While healing, James would still appear on TV as a color commentator for Main Event.

James was supposed to be out for about nine months, but that turned into 14 months. Upon returning, she was sent to the RAW brand as a face.

She started a short program with Asuka, which resulted in a bizarre ending. The referee botched the match, ending it early after he believed the 41 year old was hurt.

Honestly I don’t even know where to begin unpacking this Mickie James/Asuka match ending.

With the WWE Draft here, we will have to see if James gets switched to SmackDown. Since returning to WWE in 2016, she has spent most of her time on the blue brand. 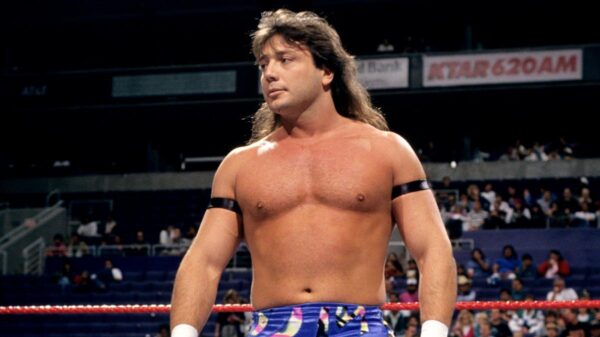 The saga of Marty Jannetty continues with another twist. In a Facebook post, the former WWE wrestler mentioned he was jumped at JFK Airport.

On social media, a detailed record of what happened is a bit tricky to find. Jannetty discusses being jumped, sent to the hospital, looking for his phone and also Breanna Taylor’s name.

Below is a transport of Jannetty’s ramble.

Dude, where is my phone?..NYC, they jumped me and took me to the hospital(Jamaica Medical Center) I was in front of JFK airport trying to go home..they jumped me from behind..I locked one of them up((arms stiff waving at heaven) when you in NYC and get jumped from behind, you probably getting robbed…the Dr apologized, said mistaken identity..I liked him, was very nice to me..my boiy Nicholas Masci came back and got me to the airport..but..dude where’s my phone??PS- why Breanna Taylor got all that attention on mistaken identity?? I got NONE..is it because I’m white???

The past year has seen Jannetty make headlines after claiming to have murdered someone when he was a teenager. He said how an older person tried to rape him and in a tussle, the gentleman was killed.

Enough people saw the story that the police visited Jannetty. At that point, he claimed the entire story was an angle.

Then, last week, Jannetty added more details. Instead of disputing the story, he now says the person was burned to hide the evidence.

For now, the police have not followed up. As with many of Jannetty’s remarks, they need to be taken with skepticism.