Road Warrior Animal, real name Joseph Michael Laurinaitis, has passed away at the age of 60. Already, the world is sending their love.

Wrestling fans are waking up today to learn about the passing of Road Warrior Animal. The news is still fresh, but fans and wrestlers are pouring in tributes.

The news comes as surprise as there were no reports about his health. As of now, there is no word on what led to his passing. 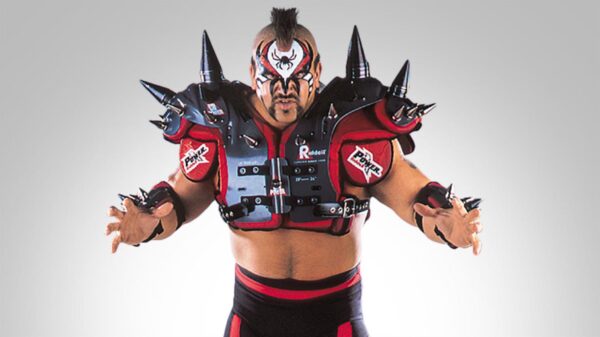 At this time, we would like to confirm the passing of Joseph Laurinaitis aka Road Warrior Animal at the age of 60. The family is planning to release a statement later today. At this time we ask for you to keep everyone in your thoughts and prayers. #OhWhatARush

WWE is saddened to learn that Joe Laurinaitis, known to WWE fans as Road Warrior Animal, has passed away.

He is best known as one half of the The Road Warriors, who were also called the Legion of Doom. Many have placed them in the debate for the greatest tag team in pro wrestling history.

Personally, they were my favorite tag team growing up. Their energy, face paint and awesome spiked pads were a hit with fans.

History Of The Road Warriors

Road Warrior Animal began his wrestling career in 1983 for Georgia Championship Wrestling. He was quickly paired with Road Warrior Hawk, who passed away suddenly in October 2003. 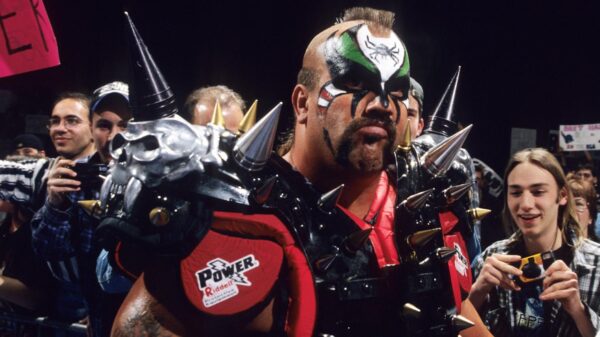 Together, along with Paul Ellering as their manager, they would dominate across the world. They held tag titles in Japan, WWE and other promotions.

Also, they spent time in WCW and also appeared for Impact Wrestling during their early days. To this day, a major pop from the crowd is still called a ‘road warrior pop.’

In 2011, the Road Warriors with Paul Ellering were inducted into the WWE Hall of Fame. In recent years, Road Warrior Animal made sporadic appearances on WWE TV; mostly with a quick appearance during a segment featuring other wrestling legends.

Now, one of the greatest tag teams are together once again. For now, there are plenty of great moments to remember and share about the fallen superstar.

It is likely that WWE and AEW will pay their respects during tonight’s NXT and Dynamite.

From everyone at Wrestle Newz, we send our thoughts to the friends and family of Joseph Michael Laurinaitis.

Can’t believe the news today of the passing of @RWAnimal Just over a month ago we finally met and what a pleasure it was. Thank you #ohwhatarush #RIPANIMAL pic.twitter.com/1se9SeRPdE

Now you walk side by side again as a united team i am so hurt #RIPAnimal 😩 pic.twitter.com/Vh59W78zZS

“Who is the greatest Tag Team of All Time?”

The answer has always been the same.

My sincere condolences to family, friends and fans of Animal all around the world. #RIPAnimal pic.twitter.com/hQ2Av7xw1X

I’m in shock….So grateful for the time I got to spend with you. RIP #RIPAnimal

RIP Animal,love you my brother, I know you and Hawk have a lot of unfinished business to take care of! God speed and blessings to your beautiful family,one love4Life. HH

This makes the episode about the Road Warriors on Dark Side of The Ring earlier this year all more poignant.

I’m glad that Animal was able to tell his story in his own words.