RAW In A Nutshell: ThunderDome Prepping For A Clash

It's another RAW In A Nutshell, and ThunderDome is prepping for a clash. Let's see how RAW does going up against football once again!

We kick off another week of wrestling with our usual RAW In A Nutshell. This week, ThunderDome is prepping for a Clash-as in Clash Of Champions.

It should be interesting to see if WWE pulls out any surprises, considering this will be the first show of the season going up against Monday Night Football.

And of course, we have Clash of Champions rapidly approaching. This is the red brand’s chance to have ThunderDome prepping for a clash.

In terms of matches, we are promised Keith Lee and Drew McIntyre, which is a pretty big clash. Drew McIntyre, of course, has Randy Orton to deal with as well.

It’s fixing to be a busy show, and hopefully a good one.

ThunderDome is prepping for a Clash! 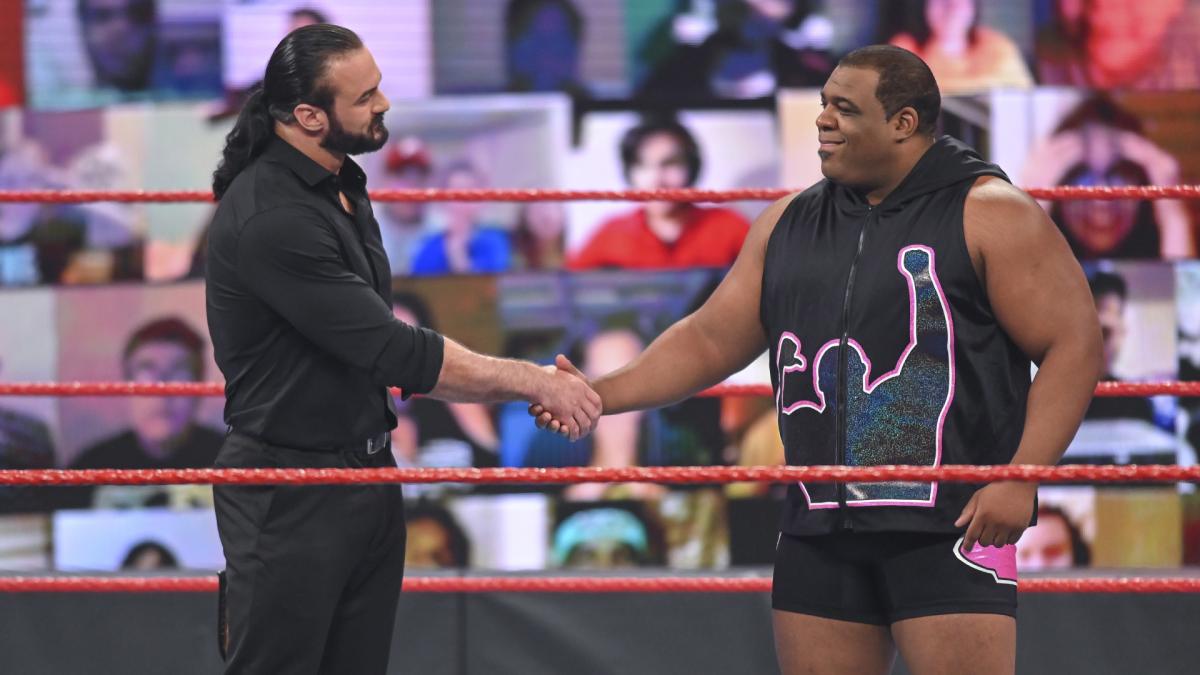 Well, this was a tough call…and not really because we had a lot of great matches.

On the contrary, we lacked many great matches. Honestly, it felt like there weren’t many matches worth watching.

If I had to choose (and this section kind of says I have to), I’d flip a coin between Keith Lee and Drew McIntyre, or the cage match between Dominik and Seth Rollins. 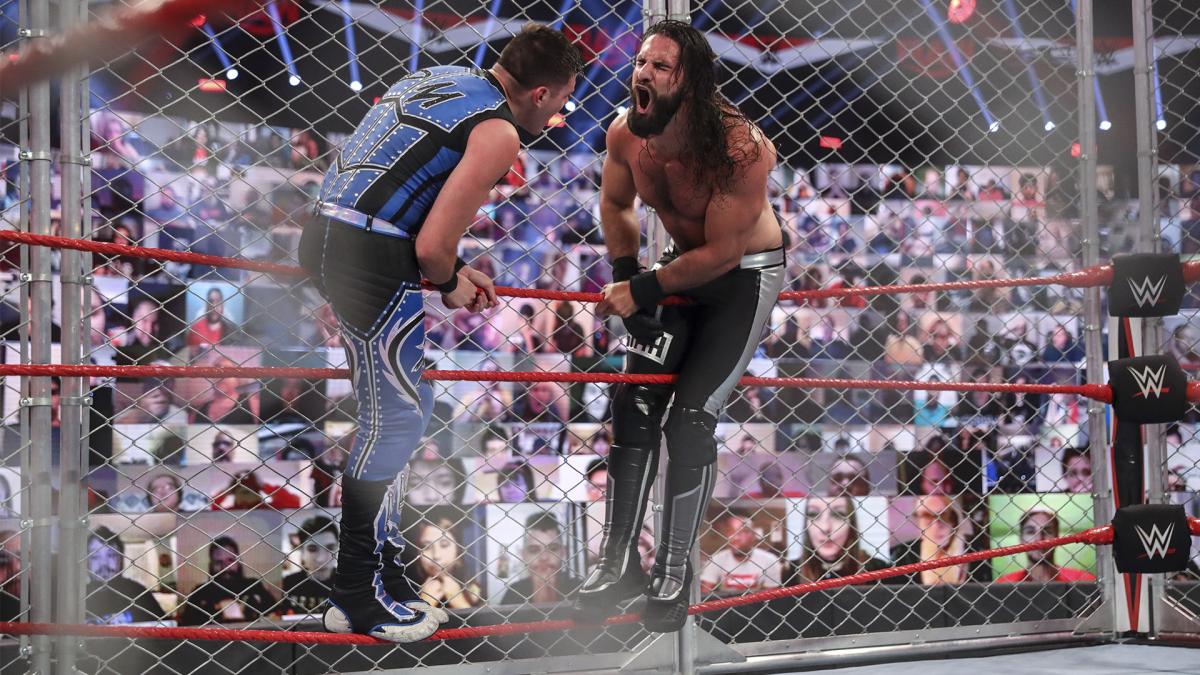 Those were very good, though obviously WWE held back a little on the main event, for good reason.

Erik was jobbed out to Lashley…have a feeling we may not see him again for a while, with Ivar on the shelf. 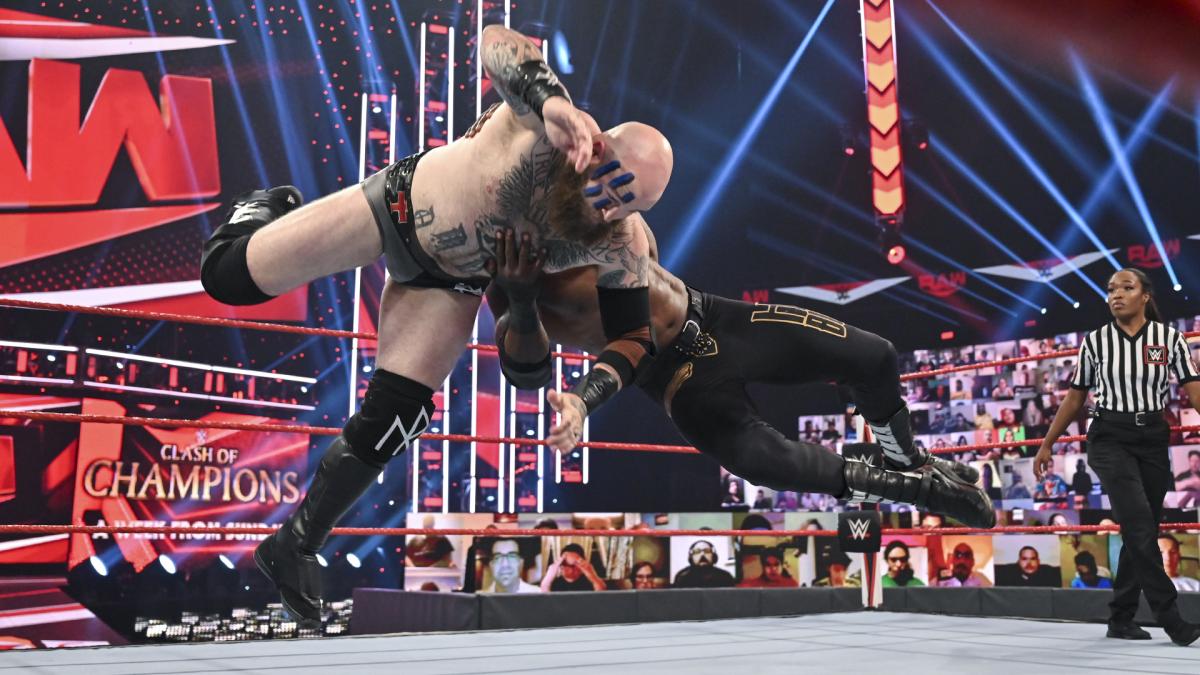 Mickie versus Asuka wasn’t great. The ending and pivot to Zelina Vega was bizarre.

But you want to talk about a really, really bad match? The women’s tag match, Lana and Natalya getting quickly beaten by The Riott Squad? 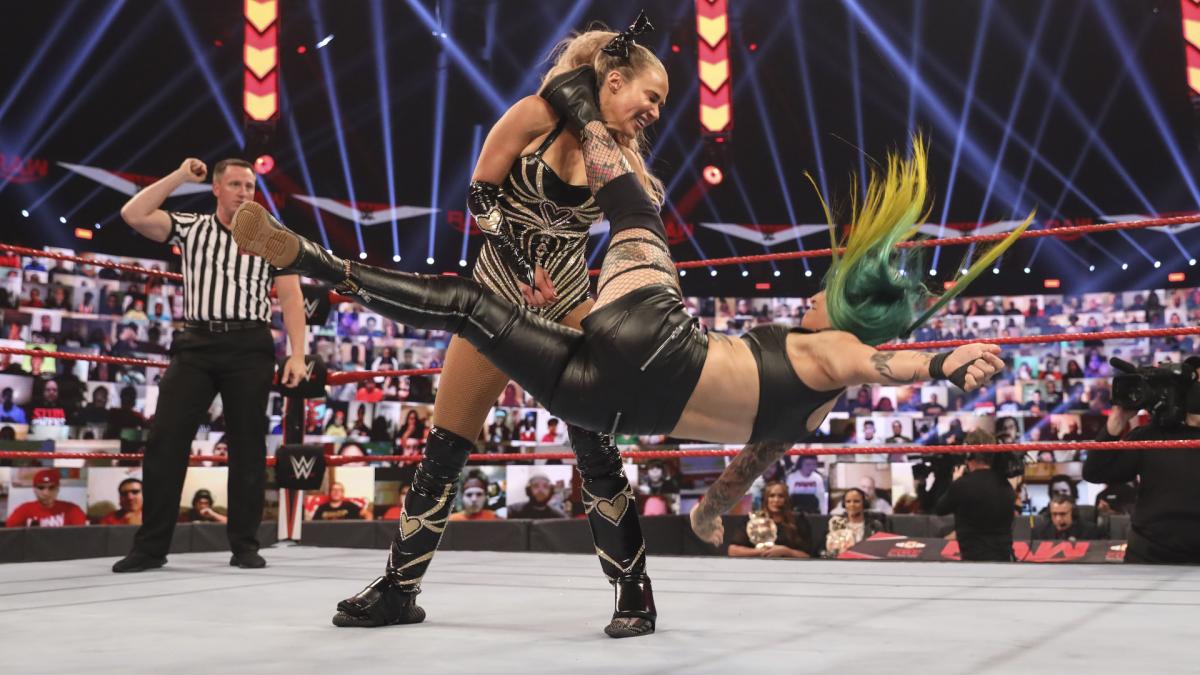 That was terrible. The best part was that it was only a couple minutes long…but it was brutal.

Going for a trio I think.

Actually, how about four.

Dominik and Seth for one pair. 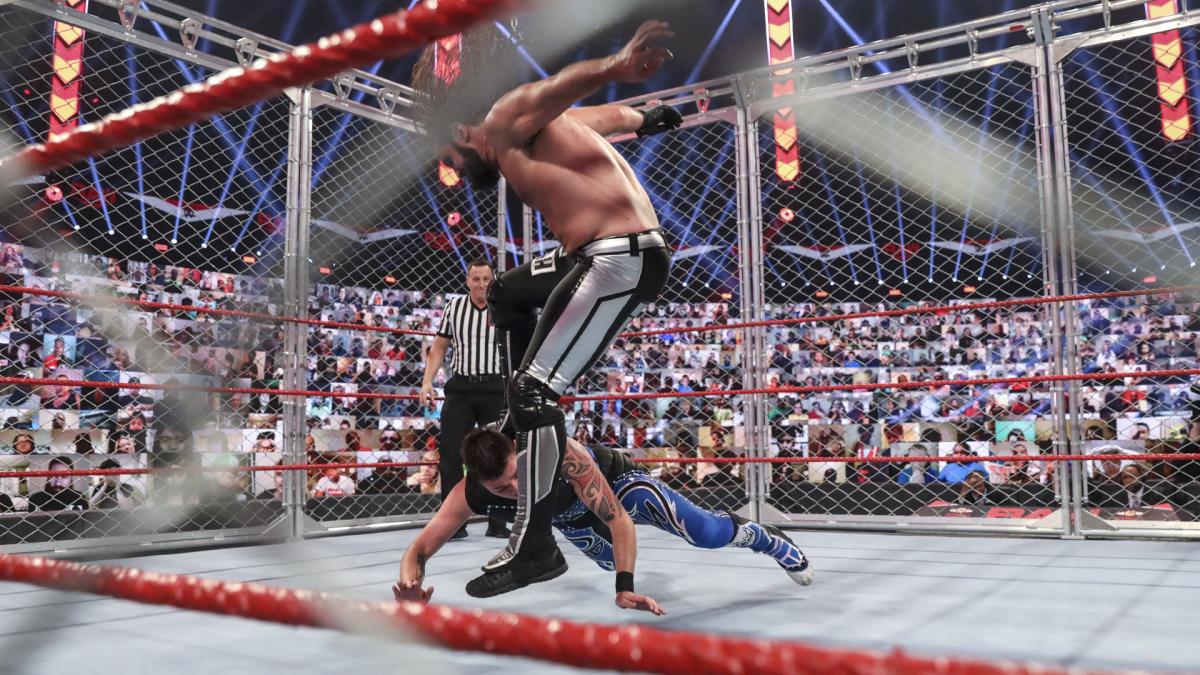 Keith Lee and Drew McIntyre for the other.

Doesn’t seem like much, but how about Keith Lee and Drew McIntyre-after beating each other up-doing a stereo dive over the top rope to take out Retribution and The Hurt Business.

I said Erik was jobbed out, and he was…but he doesn’t get the award. 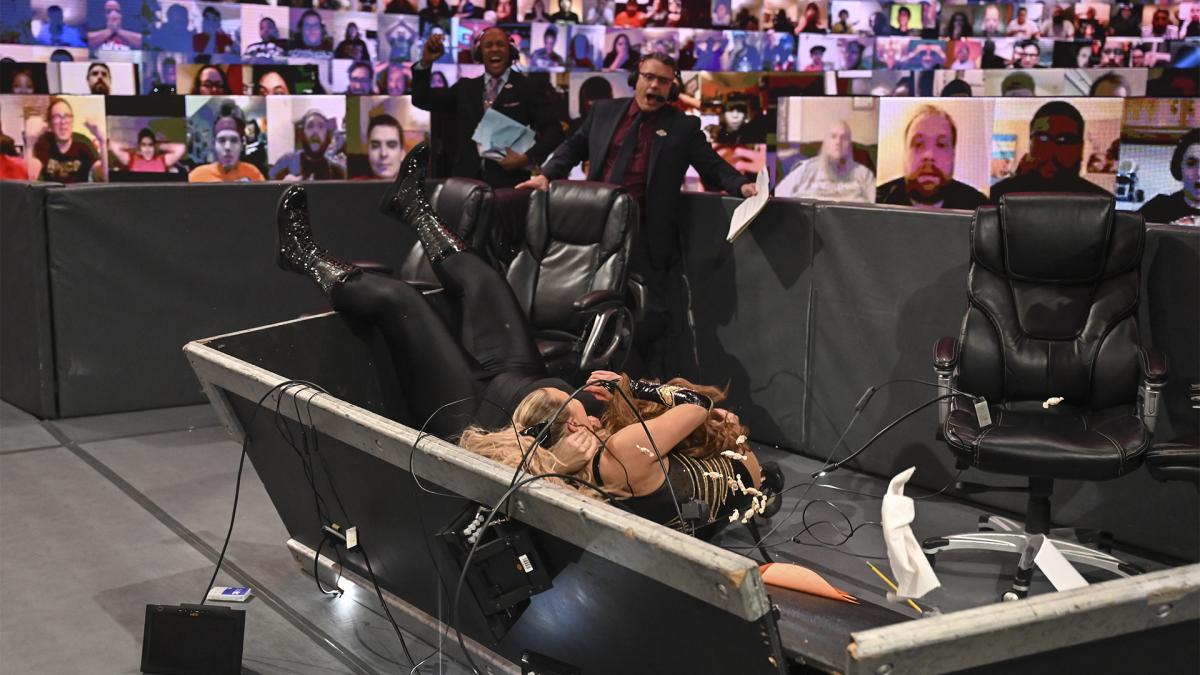 Look, she’s employed by WWE…and now her husband works for AEW. I am not saying Vince McMahon is vindictive or anything, but one can’t help but wonder if she wasn’t put through the table for a reason.

I wonder if @wwe is punishing @LanaWWE for what @ToBeMiro said on @AEWonTNT this past Wednesday ? 🤔🤔🤔#raw

Not an upset in a match, but how else do you explain Zelina Vega suddenly in the title picture? 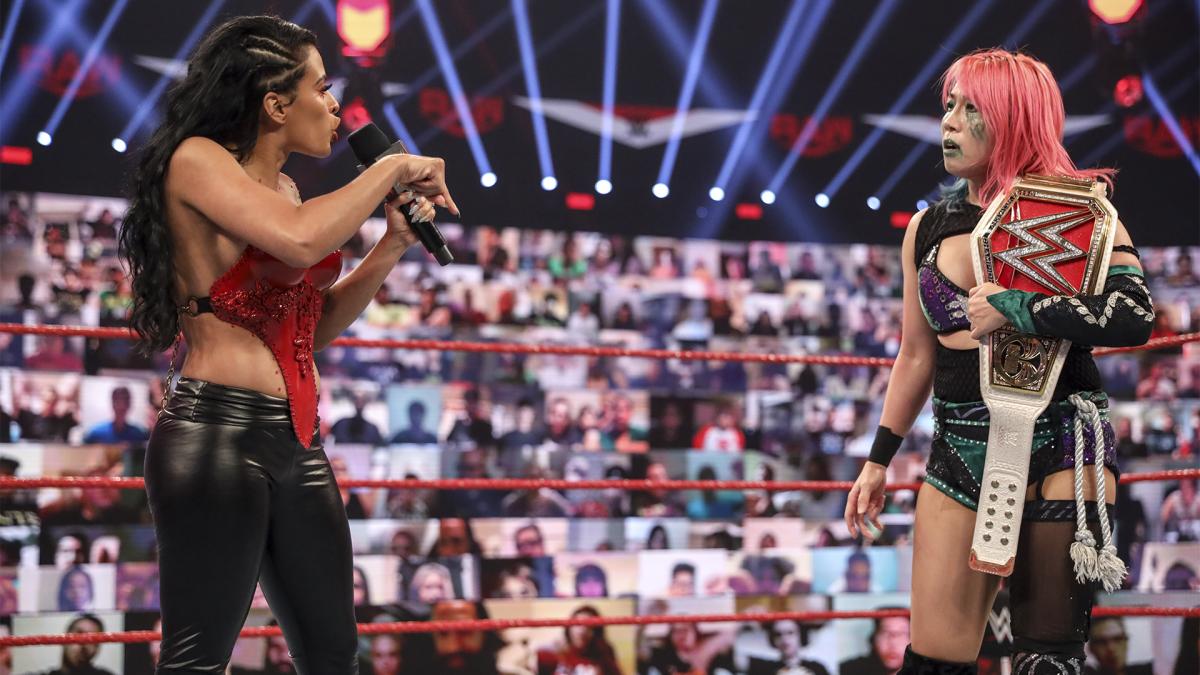 Well, MVP said that The Hurt Business was going to take care of Retribution…and at the end of the night, they almost did. 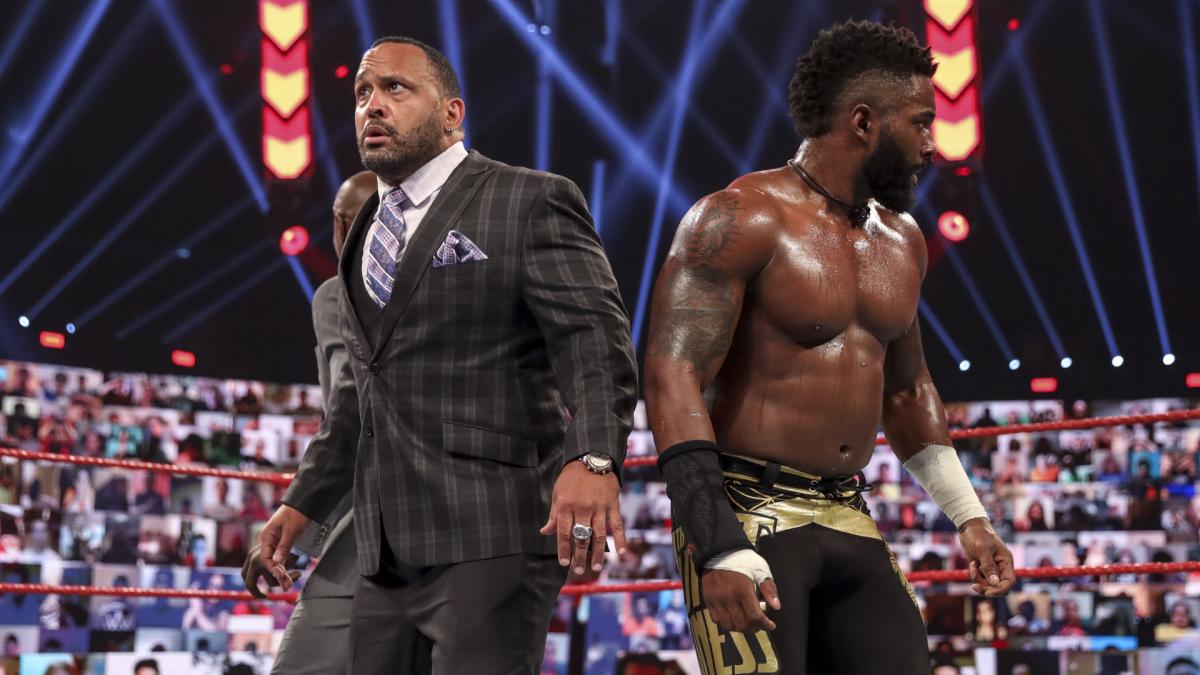 We had four of them take on a lot more Retribution. However, when the numbers overwhelmed them, Keith Lee and Drew McIntyre evened the odds.

But here’s the holy [email protected]#. WWE Superstars FINALLY had basically all of Retribution down and out…and NO ONE went for a mask.

I mean, I am fairly certain Mojo was there and he nearly lost his mask…and it looked at the end as though Keith was looking for, or at, Dijakovic.

But still…you get THAT close to revealing someone (and make no mistake, a Lee reveal of Dijakovic would be a smart pivot given their history)…it’s just so bad. 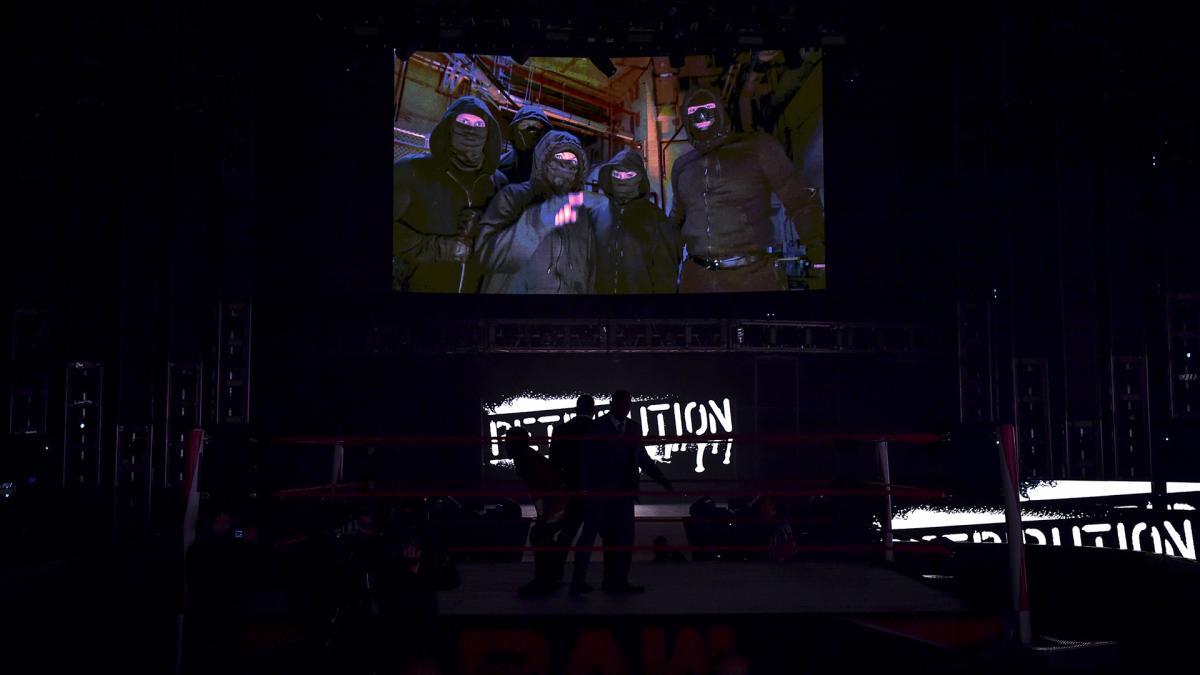 See above. Retribution has gone on for this long, it’s the closest we’ve gotten to a reveal, and it didn’t happen.

Like sure, I get wanting to build more between Drew and Keith…but they really take fans for fools.

I swear I saw Amish Roadkill in the “crowd” of RAW Underground.

I am sure I didn’t…but it looked like him…and that made me laugh.

So, we know we have a title match at Clash of Champions. It’s an ambulance match.

But with Randy Orton apparently not yet cleared, and Drew McIntyre nursing that storyline jaw fracture, WWE is at least teasing Keith Lee getting in the picture too.

Based on the ending from RAW, one wonders if they don’t give us a triple threat. For all the issues with how they changed Keith Lee when he moved up…they are still pushing him.

Why is Keith Lee now wearing a singlet???#WWE #RAW #WWERAW

Some sloppy work tonight from several matches. Hated seeing Lana in particular, but the bad matches were really, really bad.

Dominik Mysterio continues to impress. Maybe he’s being helped along by Seth Rollins (and if he is, so what), but he still has to work and he’s been stellar.

Drew McIntyre and Keith Lee…just throwing this out there, but if WWE takes the belt off Drew and puts it on Lee, I doubt many would mind.

Also, if WWE does that as a means to get Drew into the rumored program with Tyson Fury…it wouldn’t surprise me.

I’d be wrong if I didn’t mention RAW Underground either. Like, I don’t love the segment, but WWE is putting some big Superstars in there. 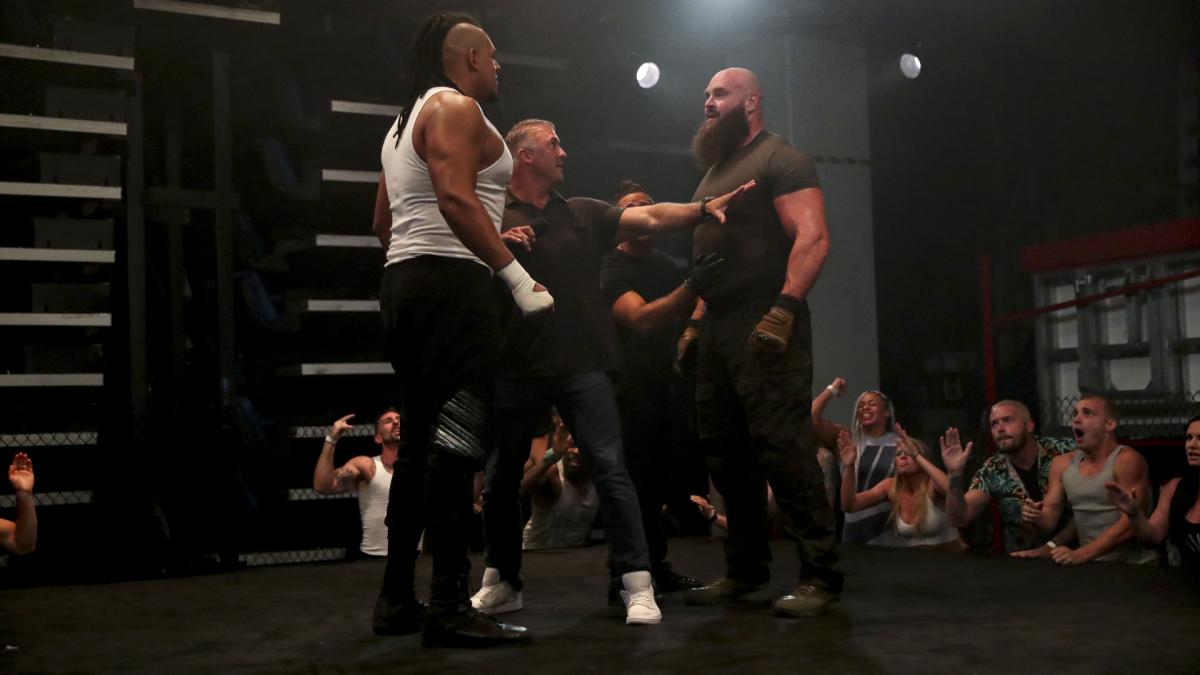 Next week, Braun Strowman and Daba Kato? Big opportunity for the greenhorn, for sure.

It was an all-over RAW.

We had a few good segments and matches…but a lot of forgettable parts.

Considering we are less than 2 weeks from Clash, and it was the first RAW going head to head with football?

I was expecting a bit more…so I was a tad disappointed.

However, as I scrolled through Twitter, seems I was in the minority. Lots of positive vibes on social media, so that’s a good thing.