It's SmackDown In A Nutshell time, and this time around, the blue brand gets Retribution. Just in time for SummerSlam, too!

It’s the end of another week (we made it!), which means we close it with SmackDown In A Nutshell. This time around, the blue brand gets Retribution too!

As in, remember that interesting new faction that showed up on RAW and pretended to light stuff on fire and made the lights go blinky?

Yep, the blue brand gets retribution too, as we found out on this edition of SmackDown.

So much for what we thought would be a RAW exclusive faction, but that’s neither here nor there for now.

Aside from getting Retribution, what else does the blue brand offer us this week?

Well, we are getting closer and closer to SummerSlam…even though WWE may not know where it’s all happening from.

So, it’s time for us to crack open this Nutshell, because…

The Blue Brand gets Retribution too! 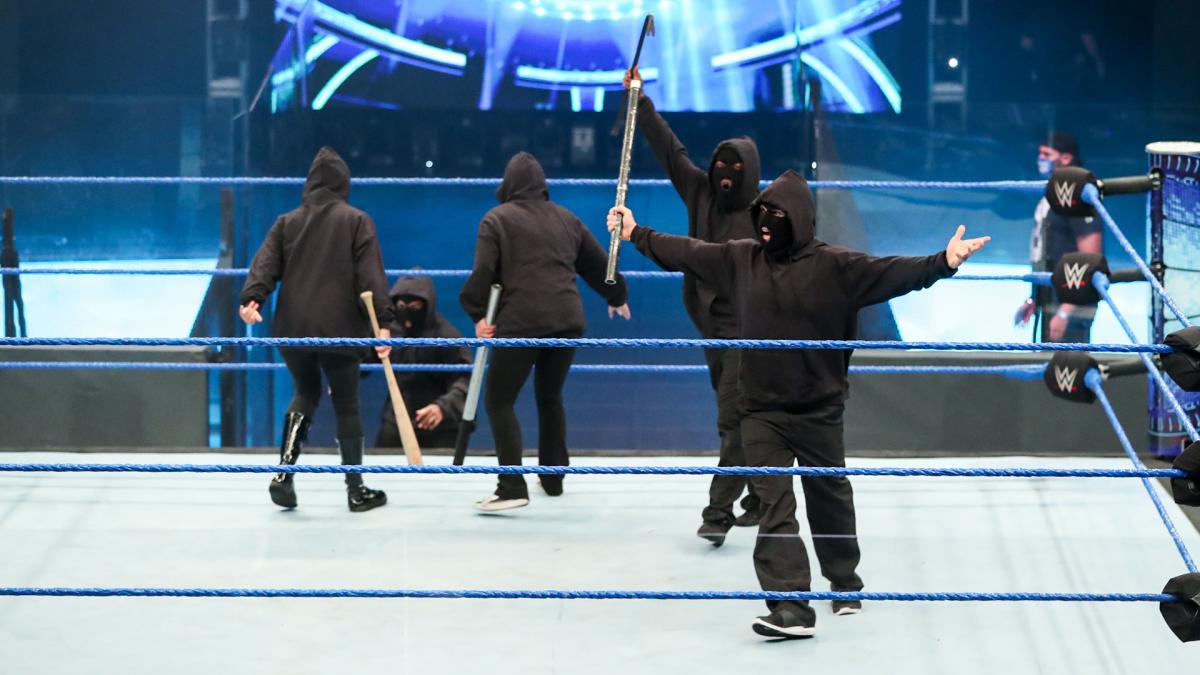 I’d have to go with Riddle and Sheamus. The tag main event was good too, but Riddle is really impressive so that’s my pick. 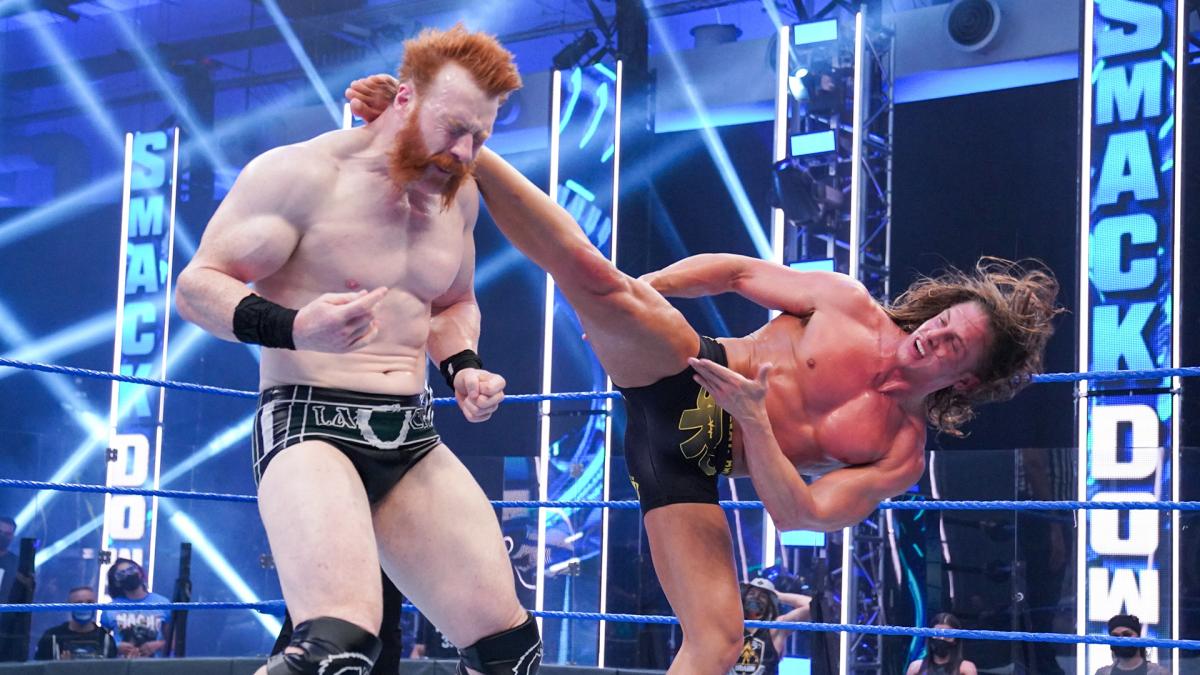 Cesaro and Lince Dorado. Hard pass on this one. 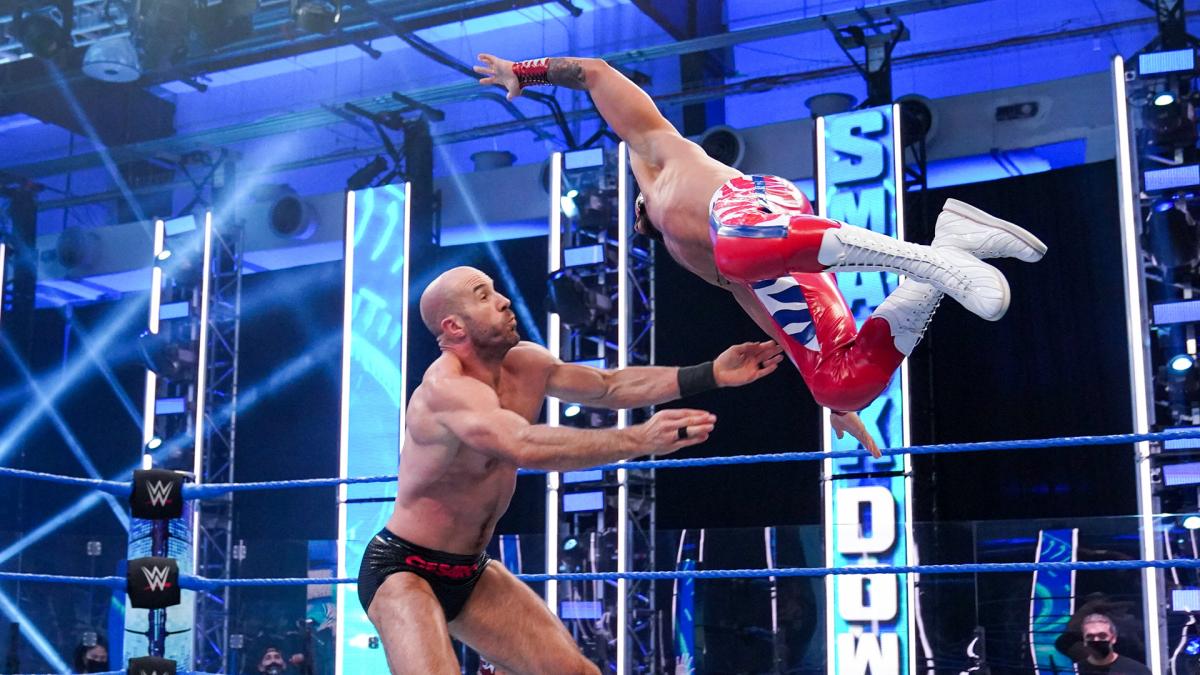 Social Media of the Night:

Tonight, Twitter was hopping. Especially when it came to the actions of Retribution.

I feel like I just watched a low budget #Nexus debut. #SmackDown #retribution

#SmackDown Retribution seems like a bunch of former wrestlers

By the looks of this Retribution takeover #205Live should be interesting. @VicJosephWWE @DrewGulak

#SmackDown Retribution!!! Its’s Nexus with Mask, Hoodies and dark pants. Is this WWE’s way of mimicking the protests we’ve had?

Vanessa Bourne is in retribution lol

This Retribution group already is a joke…lost interest already

The new stable Retribution raised hell. Attacked the developmentals, targeted Cole, Graves and cameramen. Just 2 negatives to this group. One, they’re all small as hell. Two, Why the locker room didn’t make a single move as they trashed the place? Stay Tuned. #SmackDown

I’d go with Matt Riddle here. He has been impressive since his debut.

I mean, there’s a reason why many wouldn’t be upset or shocked if Matt Riddle had a WWE title run of some sort soon. And I don’t mean the 24/7 Championship. 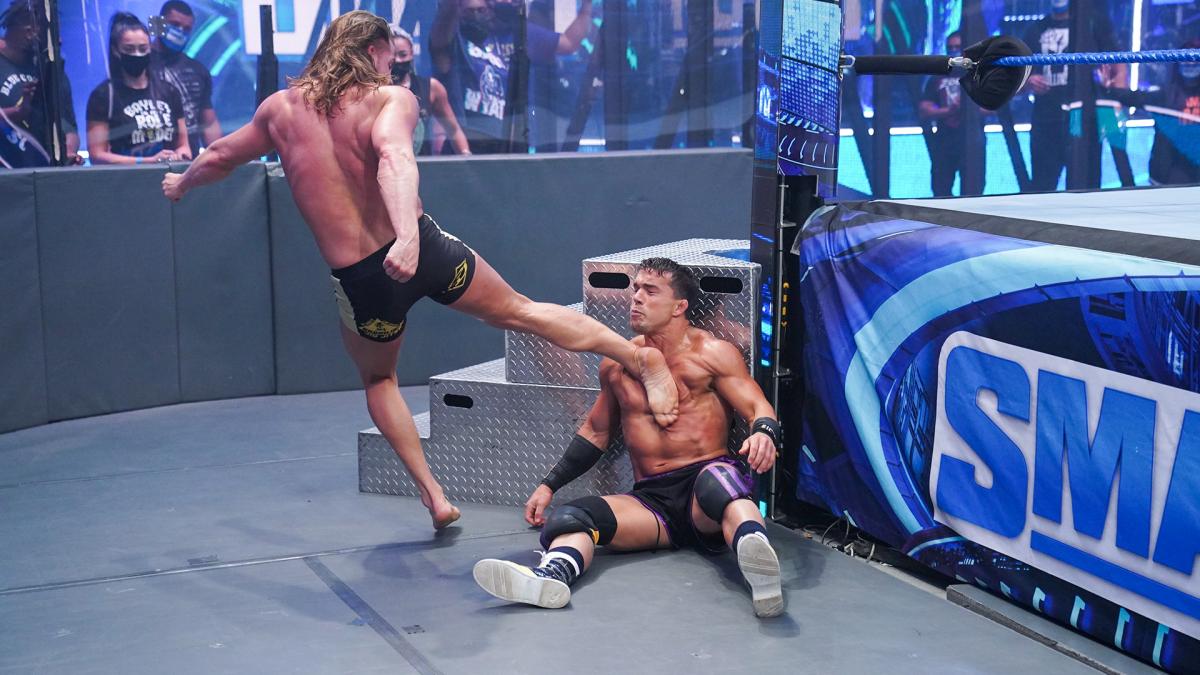 It certainly was NOT Retribution.

I guess the “attack” by Retribution? I mean…ooh…they ran off the announcers and camera guys? 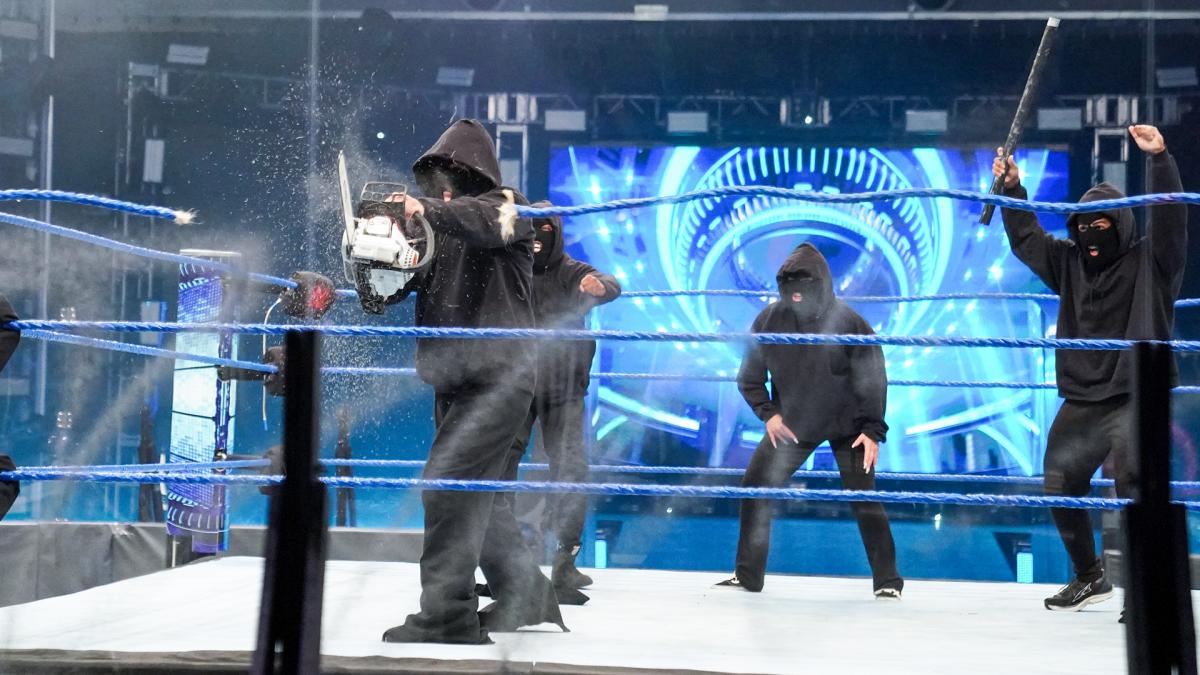 Then they badly spray painted the plastic, cut down the ring cables and beat up some developmental people?

It grabbed some attention, but it was terrible.

Those developmental talents who had to make Retribution look great. Hard job to do. 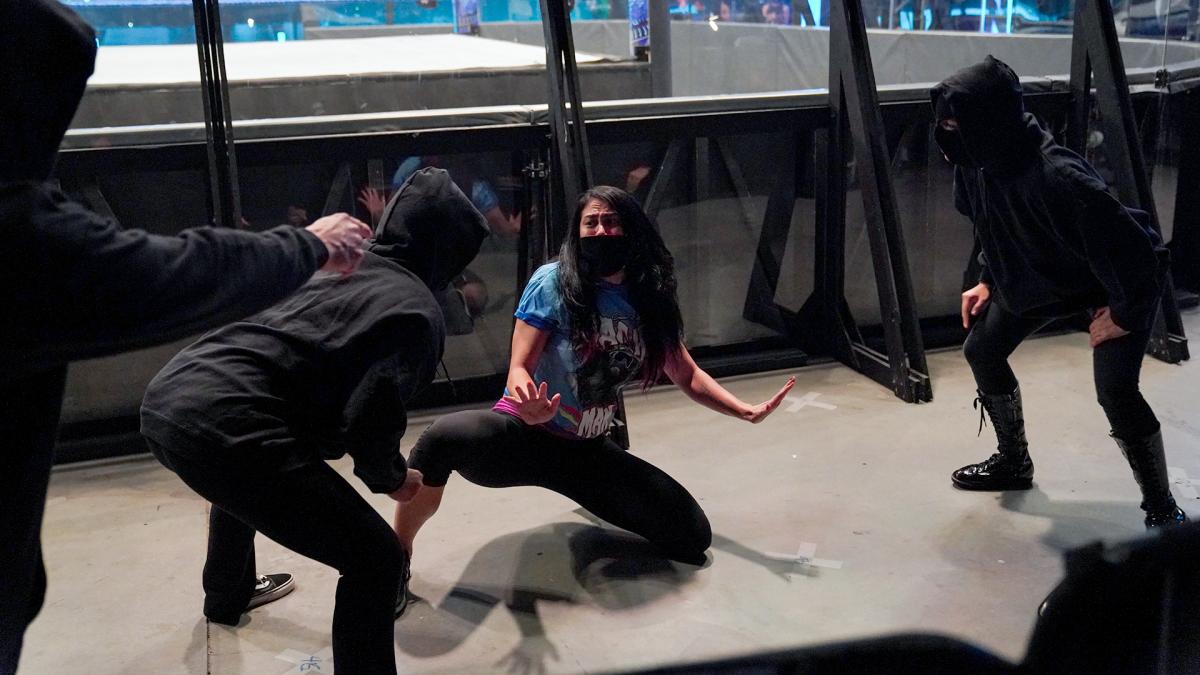 Take a glance at the new addition filled with social media posts.

Already, there’s a lot of heat (and not the good kind) for Retribution.

That they came inside was notable. They trashed the ring, like Nexus did (although they cut the steel cables with a chainsaw).

Their work with a spray can? They need lessons from the nWo.

So far, it seems fans figured out at least one member (believed to be Vanessa Bourne). One thing is for certain, every one of them seemed…not massive in stature.

Like others have been saying, this feels like there won’t be a significant Superstar in the group, and perhaps they fizzle out quickly.

For me, the actions Monday weren’t obvious enough, so the SmackDown involvement was better-you knew who it was (sort of). However, what they did was not fresh or new or interesting.

I may sound like Vince, but the lack of one dominating big body makes them harder to take as a serious long term threat. This is more like what Sanity started out as in NXT, and then the main roster jump neutered them.

One other point that some have made, but it’s worth echoing here. The name Retribution implies there’s some chip on the shoulders of everyone in the faction.

Recently “released” wrestlers makes sense here. Superstars being promoted from NXT, not so much.

Like, what would Vanessa Borne be seeking retribution for? I could almost get someone like Ricochet, since he was on fire and then got squashed…but not Borne.

Not a move. The in ring “debut” of Retribution.

Feels like a total botch, but having this group dress and act like the rioters we see around the country was already a questionable move.

Retribution is a joke. A chainsaw? Really?😂 Where’s Cena so he can bury this group like Nexus?😂 #WWE #SmackDown

Stephanie McMahon took a while to address how Sasha Banks won the RAW title, but she finally did. 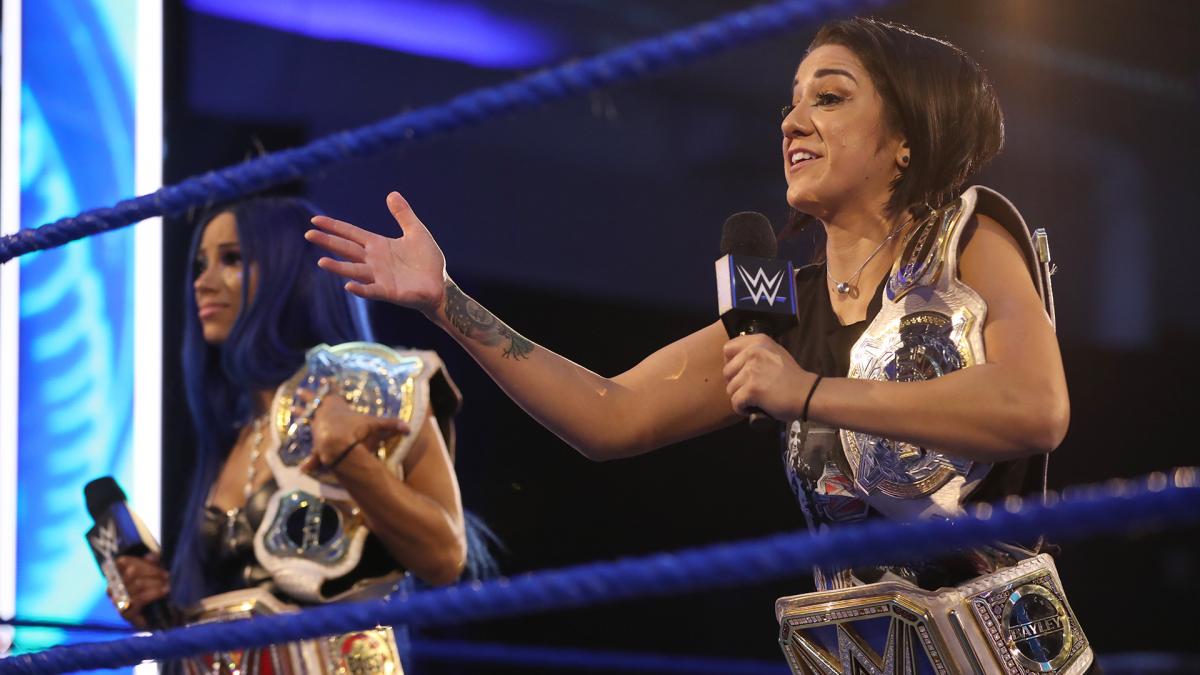 Now we know that it’s looking like the obvious Banks/Asuka rematch for one title. For Bayley’s challenger, we are getting a three brand battle royal to set the #1 Contender. 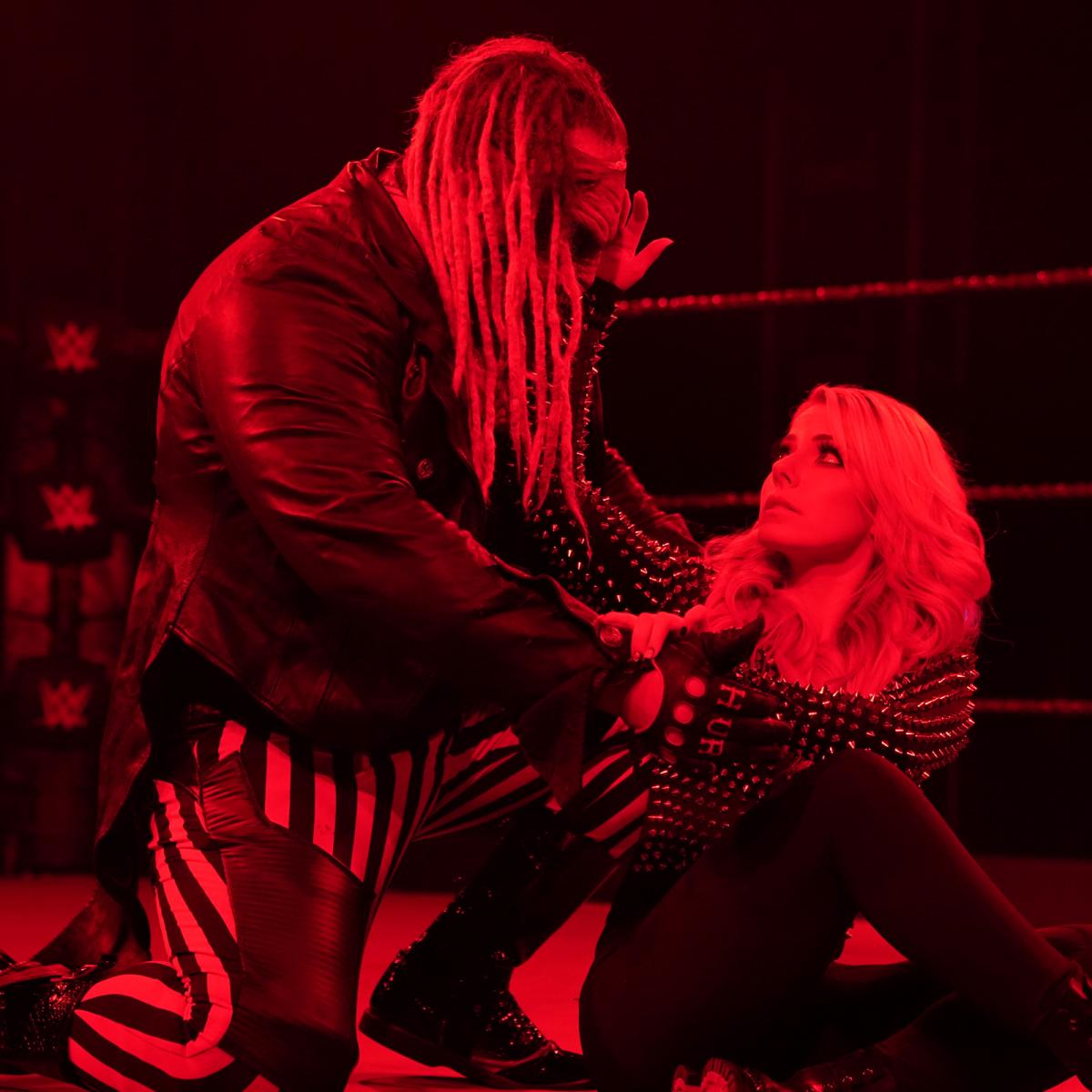 Also, since they were overshadowed otherwise…we had Bray, The Fiend, Alexa Bliss and Braun Strowman all hanging out this week. 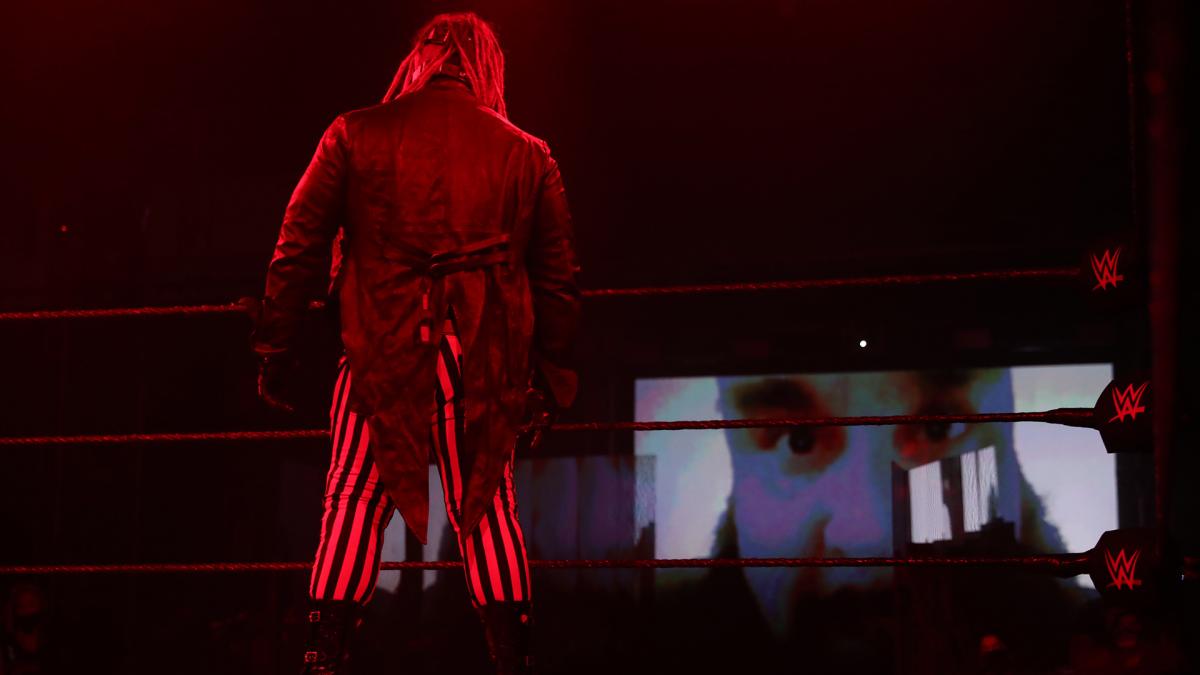 Braun has a new edge, and Alexa Bliss is OK. Perhaps under a spell, but OK.

This one says it pretty succinctly.

I just watched the actual video of Retribution and GOOD GOD did they seem like absolute dorks.

Go back and watch the Nexus debut and contrast it to that. Both similar in idea but Nexus looked like complete badasses and Retribution looked like utter geeks.

There will be those on social media who get on us for complaining about this angle “because WWE is trying something new”. Except…new isn’t always good, and let’s be honest…this is not new.

The nWo was new and fresh and had big star power. The Nexus was young guys, people knew them, but what they did shocked us.

Heck, even more recently, The Shield-three big guys, who became big Superstars, and when they showed up, everyone watched.

This group has neither going for it, as best we can tell. Well, we don’t know who for the most part, but none were big…and they seemed more like petulant kids than a faction to be reckoned with.

Matt Riddle and Sheamus. And honestly, some of the Corbin bounty angle bleeding into other programs. 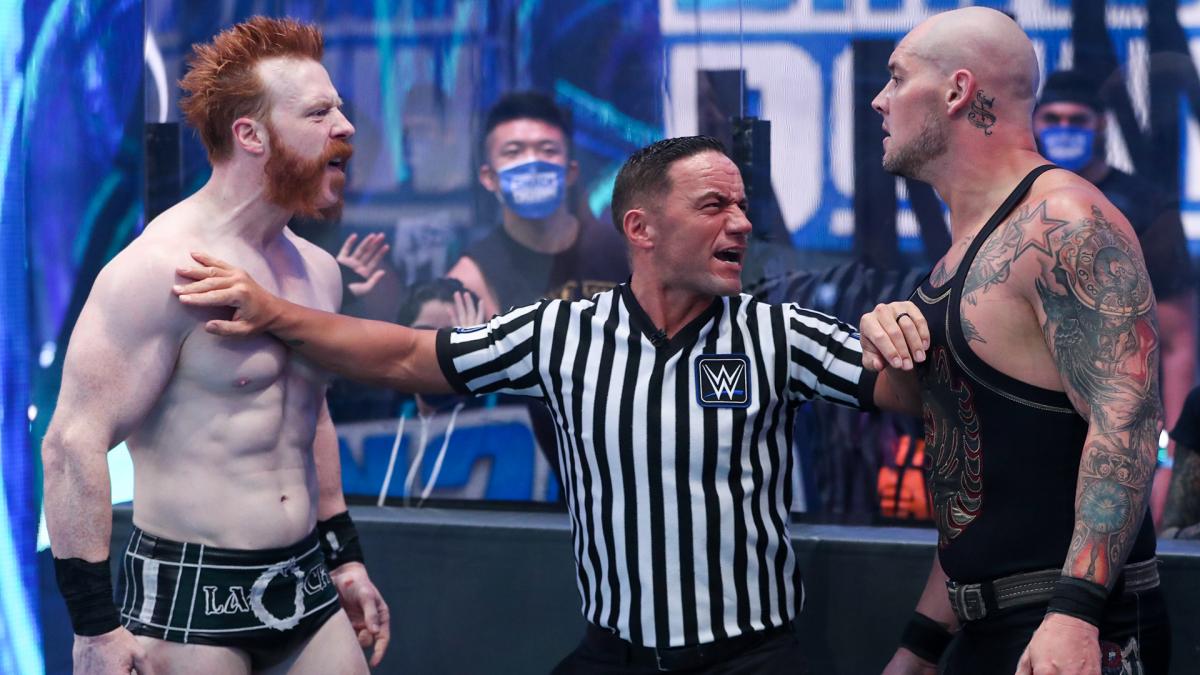 That was it, pretty much. I liked Stephanie’s involvement too, even if it felt a bit…late and not as strong as it could have been.

My opinion…take it for what it’s worth.

Let Retribution have their “fun” for a show or two. Maybe a few more.

After Cole and McAfee get past whatever they have to get past, have Undisputed Era come up and destroy Retribution.

Because what UE did, how they debuted? THAT was a shocking and impressive debut.

This group was announced, then no one really knew when we were seeing them in action…and now that we did, it landed with a thud.