The 2020 WWE Hall of Fame has not happened due to COVID-19, but there is a big update. And, the latest on the WrestleMania 37 main event.

The big update on the WWE Hall of Fame is that the 2020 class will likely be pushed until 2021. Also, the WrestleMania 37 main event remains up in the air.

WWE was preparing for WrestleMania season, which includes the annual Hall of Fame ceremony. Then, COVID-19 cases started popping up and everything changed.

After some dramatic changes, WWE eventually produced NXT Takeover and WrestleMania 36. But, the Hall of Fame did not happen.

Now, WrestleVotes reports that there is talk of scrapping the 2020 class. Instead, those names would enter as part of the 2021 class.

WWE’s plan regarding the 2020 Hall of Fame was to do it at a corresponding PPV once fans returned, ideally SummerSlam. That obviously didn’t happen. With no fans until November at the earliest, the plan is now to induct the 2020 class as the class of 2021 during WrestleMania 37.

There is no word if WWE will add any additional talent.

Right now, the United States is still struggling to handle the virus. WrestleMania 37 and all the actives that go along with it are supposed to be in California, but that is not guaranteed at this moment. 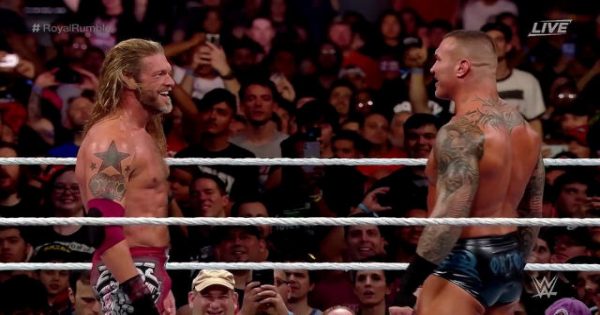 There is the possibility that WWE will need to find another venue for WrestleMania 37. Currently, no states are running events without restrictions such as the number of people allowed inside.

By now, WWE usually has at least the marquee matches decided. Currently, that is not the case as plans remain fluid.

Many believe Randy Orton and Edge will meet, with a title possibly being on the line. So far, they are tied at one win a piece as Edge sits out with an injury.

Apparently, the original idea was to book the trilogy in an I Quit Match. In the Wrestling Observer Newsletter, they noted how there are some issues that might cause a change.

“At one point WrestleMania was to be headlined by Orton vs. Edge in an I Quit match. It was not a lock that Orton would be champion, but it was something under discussion.”

“At last word there was no longer a 100 percent clear main event direction for the show. If Orton is going to win the title, then Keith Lee should beat him here to set up Orton vs. Lee title matches, since they have no other babyfaces ready for Orton with the way they’ve booked Mysterio and Owens (who Orton beat on TV) and with Aleister Black turning.”

WWE might wait a few more months before deciding on a main event. A big factor in their decision could be what role Brock Lesnar plays.

Since Lesnar lives in Canada, WWE has been unable to bring him back to TV. His last appearance was losing in the main event of WrestleMania 36.

The Royal Rumble is when the road the WrestleMania officially begins. At that point, WWE will need to decide who is gong to close the biggest show of the year.