Matt Hardy's broken character has not been seen on AEW consistently and many fans wonder why. He has now answered this question!

Fans are waiting for Matt Hardy to use his broken character more at AEW. However, this may take a little time, as the wrestler revealed the reason why he toned down the character in recent months.

We all think that Broken Matt Hardy is a WONDERFUL character. And the man behind the character is quite protective of it.

Hardy claims he recently toned down the character because of the lack of fans. The reason for that is because he believes Broken Matt Hardy is an interactive character.

In other words, Hardy believes his character needs to interact with fans to be successful. While we thoroughly enjoy the vignettes, he is not completely wrong when it comes to live TV.

“Broken Matt Hardy is a very interactive performer with the crowd. I think he really utilizes the crowd well. It works for me to have a crowd to play off of, but now I’m changing my game plan a little bit because I’m just playing to a television audience.”

When you think about it, this is a brilliant move on Matt Hardy’s part. Of course, we don’t expect any less from this creative genius.

The Rise Of Multifarious Matt Hardy 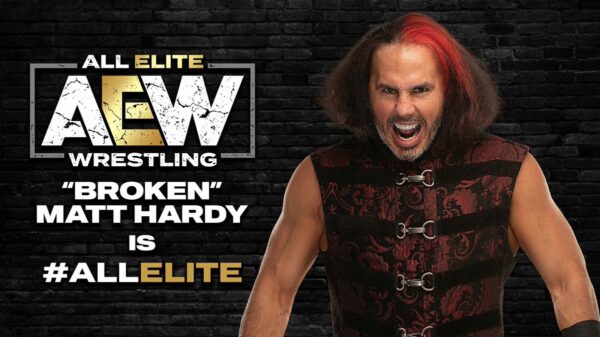 Of course, it is not all bad news for fans of Matt Hardy’s creativeness and his interactive character. After all, toning down Broken Matt gave the opportunity to create Multifarious Matt Hardy.

By creating Multifarious Matt Hardy, the former WWE wrestler can call upon all his previous characters. It is quite brilliant when you think about it, because he can adjust his character based on circumstances.

If you have not had the opportunity to see Multifarious Matt Hardy, don’t worry. Simply catch up on Stadium Stampede, which includes some amazing examples.

Of course, a big part of me is looking forward to fans returning to AEW. After all, there is nothing quite like a good dose of Broken Matt Hardy. 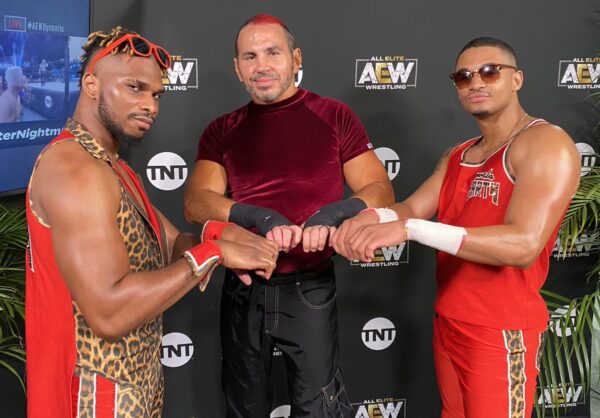 Matt Hardy has not been sitting still though. After his recent Stadium Stampede match, he has been supporting Private Party.

Private Party is a young tag team on AEW, which could use some Matt Hardy guidance. While both wrestlers are great, they are still missing some direction in my humble opinion.

Time is a flat circle. pic.twitter.com/PTope4kD3Y

And Matt did his best to promote the new tag team and has taken them under his wing. In fact, he referred to some of the similarities between Private Party and his days under the tutelage of Michael Hayes.

Matt Hardy has many MANY creative years left in him. However, it is also a good idea to look at roles that could save his body a little bit going forward.

Wrestling is a punishing sport and a backup plan is definitely needed. Considering how Matt Hardy put his body on the line over the years, having some management experience is not the worst thing in the world.

As for Broken Matt Hardy, I have no doubt we will see him again in the nearby future. It all depends when fans are allowed back in the arena.

4 Wrestling Things To be Thankful For This Year