John Cena was not a fan of WWE signing AJ Styles to a contract. And, there are new rules about wearing face masks at the Performance Center,

During the ARN Podcast, WWE Hall of Famer Arn Anderson spoke about a conversation with Cena. Apparently, Anderson saw potential in some Impact Wrestling (formally TNA) wrestlers, but Cena was not into the idea.

Storm would make two surprise appearances for NXT, but later decided not to sign. Nowadays, he works for NWA.

Styles found success from right out of the gate. The huge response from fans allowed him to enter the title picture within months. 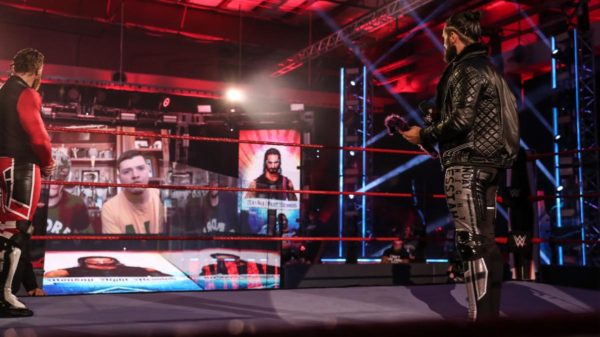 As for WWE, they have restrained from their employees wearing a mask while on TV. That started to change after several employees tested positive for the virus.

PWInsider stated anyone caught not following the rules will face consequences. First time offenders will be fined $500 and subsequent offenses will be in the $1,000 range.