Charlie Daniels passed away on Monday. Now we're taking a look inside his incredible 50-year love story with his wife Hazel.

Country music legend Charlie Daniels passed away on Monday at the age of 83, leaving behind his son Charlie Daniels Jr. and his beloved wife Hazel. He and Hazel were married for more than 50 years. Their love story is surely one for the ages!

Charlie Daniels Was Proud Of His Marriage

Despite all of the accolades he earned during his lifetime, Daniels never made any secret of the fact that he saw his long-lasting marriage as his greatest achievement. 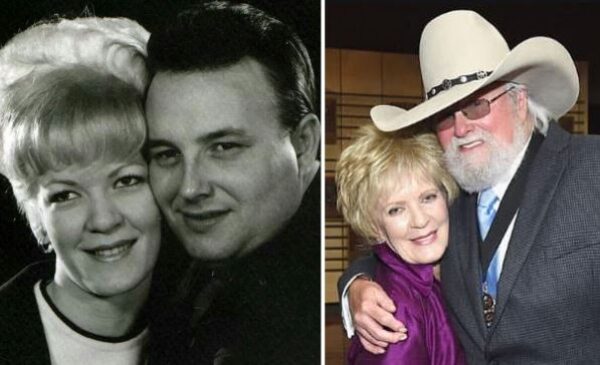 “Marriage is not an experiment. It is a commitment. It’s a sacred commitment, and it’s who you marry you’re supposed to stay with. If you can’t find somebody you’d like to spend the rest of your life with, don’t tie the knot, because that’s not gonna make ya happy,” Daniels told the Daniels told the Oklahoman in 2014.

“I’ve been blessed with finding the girl of my dreams, and here I am 50 years after, without a regret in the world about marryin’ my darlin’ from Tulsa.”

Daniels and Hazel first met at the Tulsa’s Fondalite Club where he had been performing.

“She’s not much of a clubgoer, but she came with a girlfriend of hers one night. And I said, ‘Hey I like that curvy little blonde over there. Hey how are you doin’?'” Daniels recalled with a laugh. “It kinda went on from there, you know.”

The couple were inseparable from then on. They married in 1964.

“[W]e, Hazel’s parents, my other three band members and a couple of friends walked up a flight of steps to a Justice of the Peace’s office in Tulsa and tied the knot and went to a local cafeteria for lunch, went by and visited her parents for a few minutes and went to what was to be our home for the next few months, a hotel room in a not-too-great part of town,” Daniels remembered in 2016.

No Time For A Honeymoon

The couple didn’t even have time for a honeymoon because Daniels had a Monday night show after their Sunday wedding.

“But I’ve been able to remedy that. In the last 50 years, we had a whole bunch of honeymoons,” Daniels said recently. “We don’t necessarily take them on our anniversary, but we’ve seen a good bit of the world together.”

Daniels described Hazel as “a wonderful and devoted mother” to their son. She had to do much of the parenting on her own since he was on the road a lot of the time. When their son went to college, Hazel joined Daniels on the road full time. 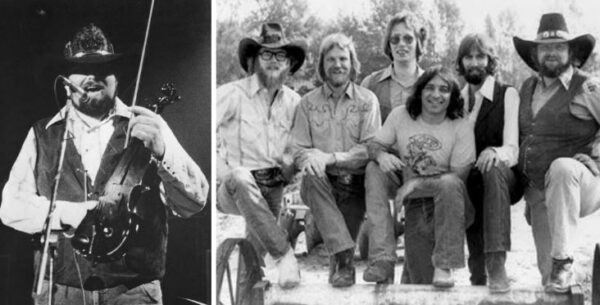 “Sometimes when people look at our lifestyle as it is today, they tend to think that life has been nothing but a long smooth ride for us, that our marriage has not had storms to weather or difficulties to overcome. Nothing could be further from the truth,” Daniels once shared, according to Taste of Country.

“The difference is that we always faced everything together, whether it was repossessed cars, mountainous debt, too many bills and not enough money or whatever else came at us.”

“She has stood behind me in every career decision, every move to another town and we’ve shared every disappointment, every triumph, every defeat and every victory,” he continued, going on to add that his successful career “simply would not have happened” without Hazel.

It appears Charlie had Hazel in mind when he recorded the romantic song “How Much I Love You” with the Charlie Daniels Band.

“She has always been my tether to reality, my safe harbor in a storm, my rock and, above all, my best friend,” he once wrote of Hazel.

“She has been up for whatever I wanted to do, from taking up golf, riding motorcycles and later on horses to gallivanting around the world, snowmobiling or driving 1,500 miles to go on vacation after traveling 100,000 [miles] with me on the road.”

RELATED: Inside The 5-Year Romance Between ‘Smokey And The Bandit’ Stars Burt Reynolds And Sally Field

Hazel’s Love For Her Husband

As for Hazel, she loved Daniels just as much as he loved her.

“It’s an honor for me just to be married to him,” Hazel told Rare Country in 2016. “He’s been a great husband, and he’s worked so hard to get here. He’s had a long road.”