Ghislaine Maxwell, the madam of Jeffrey Epstein, reportedly has a secret video of Prince Andrew, according to a royal cousin.

Things just got a whole lot worse for the black sheep of The Royal Family, Prince Andrew. One of his relatives has just come forward claiming Ghislaine Maxwell, the alleged madam of the late Jeffrey Epstein, has secret video footage of Prince Andrew.

Royal cousin Christina Oxenberg, 56, told The Sun that she met both Maxwell and Epstein in the 1990s. As she got to know them better, Oxenberg said Maxwell bragged about how she would groom women and girls for Epstein. 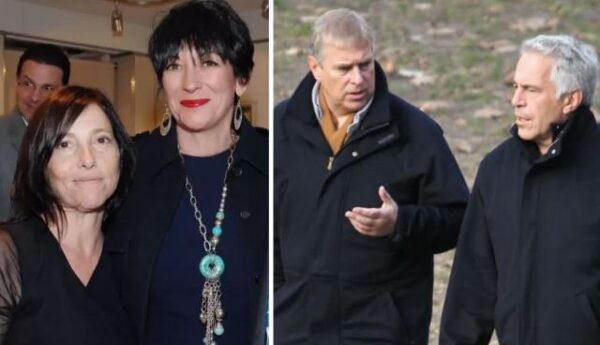 Oxenberg (far left above) claims Maxwell revealed she also would secretly record their friends with the females. According to Oxenberg, Andrew is one of these friends who she recorded.

“He is one of many Johns, all of whom were video-taped by Ghislaine,” Oxenberg said of Andrew, adding that she is sure Maxwell will try to use this footage as one of her “get out of jail free cards.”

Andrew “Is Not A Victim Here”

“He is not a victim here, but Ghislaine was never his friend, she was taping him. Friends don’t tape friends,” Oxenberg added of her cousin. “He may be thick as a plank, but she’s a depraved predatory child sex abuser, big difference. I think in his mind, he’s justified it to the degree that if she hadn’t invited him, he wouldn’t have been there.”

She went on to say that she believes that if Andrew did indeed have sex with Virginia Roberts Giuffre, an Epstein accuser who claims the royal had intercourse with her when she was only 17, he didn’t know what he was doing. 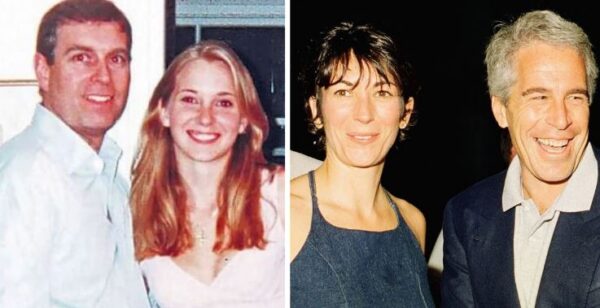 “At no point would he have thought, ‘Oh, this young lady here is under coercion and pressure and a slave,'” Oxenberg said. “I just don’t see him as a very critical element in this whole thing, but to Virginia, he’s totally critical. I’m 100 per cent with the victims and I want them to get whatever they want.”

Ghislaine Maxwell, long-time friend of Prince Andrew & Jeffrey Epstein has been arrested by the FBI. pic.twitter.com/dfFI3q7mla

As for Maxwell, Oxenberg sees her as an “evil” woman who will do and say anything to get herself out of prison.

“I think she thinks she can get out, obviously she’s planning on trading [information],” she said. “I personally think she’s the big fish here. She’s really evil, she’s caused so much hellish damage for a human being, she will now try and find a way to wriggle out of it.”

“Jeffrey paid her a lot of money to do this, she was patted on the head, she did it willingly, she didn’t have a gun to her head,” Oxenberg said. “My point of view is Ghislaine is the problem, I’m so glad she’s been arrested and I really hope there is some justice and she does some time.”

Maxwell was arrested by the FBI last week and hit with six charges related to her grooming young girls for sex.

It remains to be seen whether or not she will bring Andrew down with her, but one can’t help but imagine that the entire royal family is sweating right now about what Maxwell may have in her possession.