After Tom Bergeron was fired by "Dancing With The Stars," celebrity fans have been taking to Twitter to react, and they are not happy.

Fans of the reality television series “Dancing With The Stars” got quite a shock last night when Tom Bergeron, who has hosted the show for 15 years, revealed that he has been fired. Now, celebrity fans are taking to Twitter to react to this surprising news.

Longtime host Tom Bergeron, a two-time Emmy Award-winner, hosted the “Dancing With The Stars” from its start and Erin Andrews joined him in Season 18.

Just informed @DancingABC will be continuing without me. It's been an incredible 15 year run and the most unexpected gift of my career. I'm grateful for that and for the lifelong friendships made. That said, now what am I supposed to do with all of these glitter masks?

ABC confirmed this news in a statement to Deadline in which the network confirmed that both Bergeron and his cohost Erin Andrews, 42, had been fired from the show:

“Tom Bergeron will forever be part of the Dancing with the Stars family. As we embark on a new creative direction, he departs the show with our sincerest thanks and gratitude for his trademark wit and charm that helped make this show a success. Erin will also not be returning, and we appreciate all that she brought to the ballroom. Fans have been rooting for her since she originally competed as a contestant back in 2010, and her signature sense of humor has become a hallmark of the show.”

My darling @ErinAndrews it has being such pleasure and fun working with you especially our little banters backstage before going live #DWTS ❤️💋B https://t.co/1oofSNuz73

RELATED: Sean Spicer Defiantly Defends Conservatives As ‘Good People’ While On ‘Dancing With The Stars’

Since news of Bergeron’s firing broke, celebrities who appeared on the show have been taking to Twitter to voice their disappointment with ABC’s decision.

Tom, you are one of the kindest & most supportive people I’ve met in this industry! I enjoyed every interaction we ever had! You will always be 1 of my host hero’s (I mean ur book gave advice in the beginning) thank you & enjoy this next chapter. It will be great. @Tom_Bergeron https://t.co/kLt9CMOmNS

You will be missed Tom❤️

“Back To The Future” star Lea Thompson shared:

I love you. You are the best.There is no @DancingABC without you. They might as well cancil it. xoxoxoxoxo

Spending time with you @Tom_Bergeron was one of my favourite parts of the Dancing With The Stars experience. Thank you so much. 🙏🏼 https://t.co/Wisu1TWoQ9 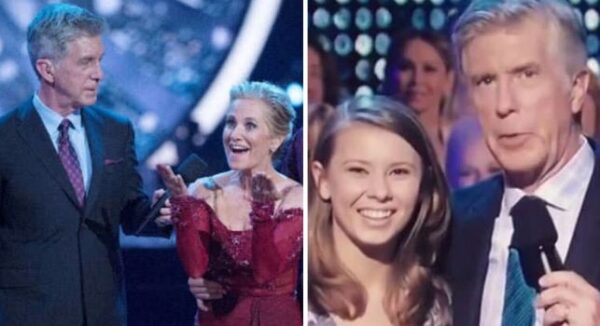 Other Celebrities Chimed In As Well 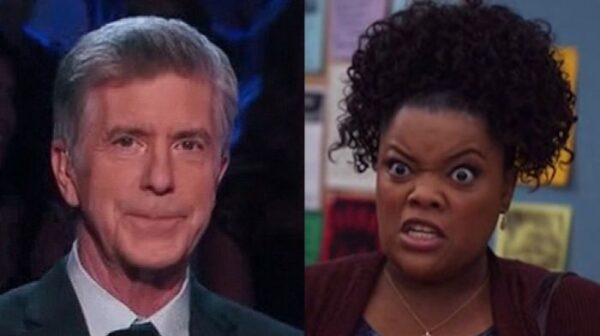 Stars who had never appeared on “Dancing With The Stars” got in on the action as well. One of the most impassioned defenses of Bergeron came from former “Community” star Yvette Nicole Brown.

If I live to be 100, I will NEVER understand this decision.@Tom_Bergeron is charisma, joy and love personified.

He is the HEART of @dancingabc.

I say IS, because the show may go on without him, but it will be a heartless exercise. https://t.co/YydmHe96lo pic.twitter.com/InM2erNiN1

I am annoyed and can’t find any words that I should say about this news, so I will now fill your feed with gifs that show how I feel after reading that they have made this ridiculous decision.

It remains to be seen what direction ABC plans to take “Dancing With The Stars” without Bergeron at the helm of it.