Despite the fact that he has no respect for CM Punk, it just seems as if AJ Styles cannot keep from having to explain his feelings for him.

But there is a reason behind that, according to Styles.

During a recent Twitch stream, “The Phenomenal One” explained that Punk is just attracted to the attention that his posts bring to himself.

“I’m all about business and some people I don’t think are capable of doing good business,” Styles said. “It’s that simple. He’s not worth my time. This guy just likes to get attention, even if it’s bad.”

This all started to pick up during the beginning stages of the Black Lives Matter movement last month. Punk commented on a post made by a fan that asked why Styles had not offered a statement on the growing matter.

Punk replied for him, posting “Well. Come on. That one has been obvious for years.” Styles responded and took his own shot at the former wrestler.

The two were in Ring of Honor at the same time and involved in several battles inside the ring. With Styles the current WWE Intercontinental champion and Punk retired, the likelihood of the two ever facing off again seems nonexistent at this time.

In-ring, out-of-ring, in a boneyard, dream sequence, title, non-title, all of them.

There is only one AJ Styles. https://t.co/bHzWDtMnCg 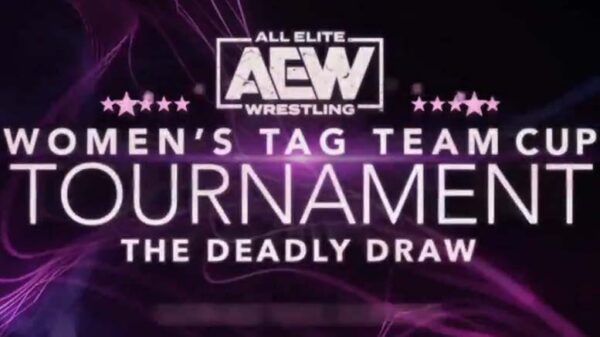 While we have to wait and see what the approach is for six-man titles in All Elite Wrestling, the promotion is moving forward with other plans.

According to Dave Meltzer of Wrestling Observer Radio, this is the first in a process of holding tournaments in different divisions on an annual basis.

It is interesting that the promotion opted to start this with women’s tag team matches. There was no mention of when the tournament would start, just that 16 total women wrestlers will be needed to fill the eight teams.

Who will step up? Let us know your team predictions using the hashtag #AEWDynamite! pic.twitter.com/FtmtAPtOQc

The promotion for the event also included the words “The Deadly Draw” meaning that it will likely be unknown who will be facing who. It could also mean the pairings for the teams is random.

Honestly, I don’t know I wanna be in this without right partner…YOU or… maybe someone from Japan… No chance😞 https://t.co/ELkCNz9J8e

With the coronavirus causing problems for travel in and out of the area, bringing in wrestlers more locally to fill spots could be an option for AEW. Therefore, some unfamiliar names are getting great TV time.