Triple H Thanks Champions Bayley And Sasha Banks After NXT

Triple H took some time out of his busy shedule to thank the current tag team champions Bayley and Sasha Banks after NXT this week.

Triple H is a busy man, but he found some time to thank Bayley and Sasha Banks this week for their appearance during NXT. The NXT founder took to social media to aim the spotlight at the current Women’s Tag Team Champions. 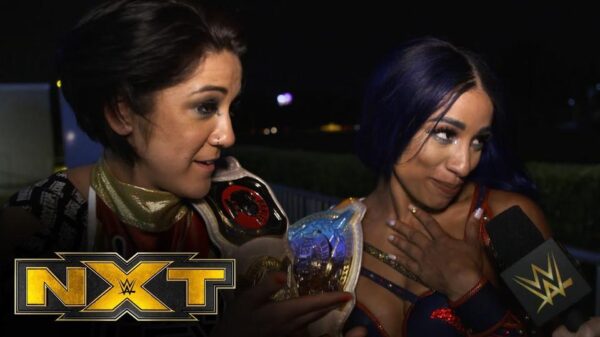 Even though Bayley and Sasha Banks have been on the main roster for some time, they took the time to take their titles to NXT. And Triple H appreciated it and celebrated both women on social media.

No matter how far you go or how successful you become, you can always come home.
Thank you @SashaBanksWWE and @itsBayleyWWE for bringing your shine to @WWENXT. #WeAreNXT #Proud pic.twitter.com/ZfEJSoiZuQ

Banks and Bayley took their titles to NXT and successfully defended them against the team of Tegan Nox and Shotzi Blackheart. However, not everything went great for the champs.

While celebrating their victory, the champs were attacked by Io Shirai. With the attack, Shirai sent a clear message that NXT is her brand. 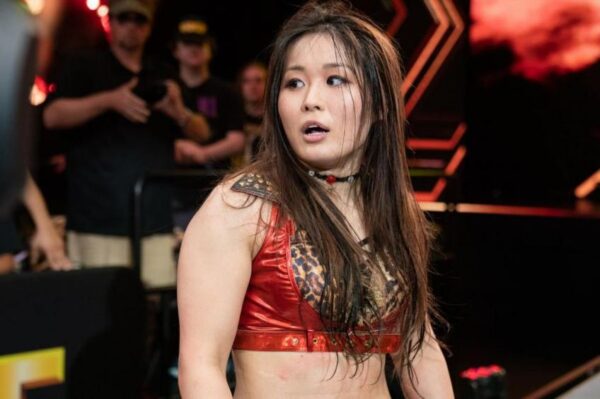 Io Shirai is the current NXT Women’s Champion. And, the champ took offense when Bayley and Banks showed up at NXT.

In fact, she aired her grievances on social media and made it clear that NXT is her brand.

Fans believe that the attack will have some clear consequences for Io Shirai, the current NXT Women’s Champion. After all, the attack was done for a reason.

While a Shirai feud might be in the works, it is tricky to figure out where NXT is heading with these latest developments. Since Shirai is not a member of a tag team, and the current NXT title holder, how will this Shirai feud look like?

A handicap match could be the next step for this Shirai feud. Io could take on both Banks and Bayley at the same time, maybe put all the titles up? 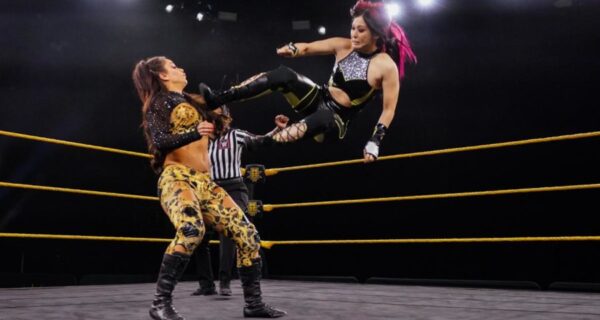 We should keep a close eye on this potential feud next Wednesday. If this is a storyline that will happen moving forward, then Banks and Bayley will undoubtedly retaliate.

An attack by the WWE Women’s Tag Team Champions on Io Shirai is extremely likely, but where does that leave single’s competition in NXT?

While some main roster appearances are great for NXT every now and again, I do believe the brand is becoming affected by this point. After all, there is enough female talent to challenge for the title.

Charlotte defeating Rhea Ripley marked the beginning of main roster interference in the women’s division. No offense to Charlotte, but what was the point of it all?

There are many women on the roster waiting for an opportunity, but the influx of main roster women seems to impede their progress. So I pose the question, should NXT have all these surprise visits?

Time will tell where this all goes, but part of me was hoping for exciting singles matches? I miss the days of Asuka versus Nikki Cross and Ember Moon.

Nevertheless, let’s tune in on Wednesday to see the direction NXT has in mind. For now, I’m giving them the benefit of the doubt.