The WWE has been erasing all signs of Roman Reigns, seemingly to try to force him to return. to the ring. However, he refuses to buckle under pressure.

Roman Reigns has not been in the WWE since he refused to appear at Wrestlemania 36 in April. The wrestler recently spoke to TMZ about his current stance.

Roman Reigns Stands Behind His Decision

As you may know now, Roman Reigns and his wife recently had twins. With the Coronavirus going around, it is normal that Roman is looking to protect his newborn children.

“We just had two newborn twins, twin boys,” Reigns says … “They’re 8 weeks old so I had to make a decision for them.”

When speaking about the decision he made about WrestleMania 36, Roman said the following:

“It’s my family, it’s my children, they are my legacy. No matter what I do in this world, my children are gonna be the ones to represent my name and carry our name forward. So I had to make that choice for them, to protect them being so young.”

.@WWERomanReigns; "We just had two newborn twins, twin boys .. They're 8 weeks old so I had to make a decision for them." pic.twitter.com/aKPOvP7XbQ

These are Roman and his wife’s second set of twins. His sons were born in 2016 and his daughter is 11 years old.

Since Roman provided an explanation for his absence, many fans started to support the Samoan wrestler. However, the WWE seems to be focused on putting on the pressure more than supporting one of their top stars.

Is the WWE thinking of firing Reigns? We’ll have to wait and see…

WWE Accused Of Forcing Its Staff To Work? 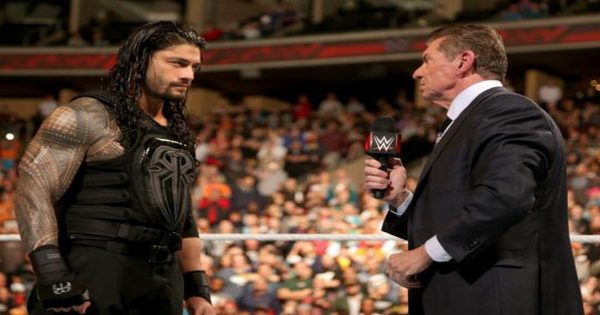 Over the past couple of weeks, there were substantial rumors that the WWE is forcing its staff to work during the COVID-19 pandemic. The way the company is treating Roman Reigns seems to support that standpoint.

Censoring Roman Reigns seems to be a standard for the WWE at the moment. Shortly after WrestleMania 36, the company seems hellbent at silencing Roman.

The WWE also tried its best to remove many traces of Roman Reigns on the Network including editing him out of various events. Call it petty, but that is exactly what the signs point to at the moment.

Did @WWE really edit Roman Reigns out of the #WrestleMania31 clip because they're made at him for sitting out right now? Or did they do it because they didn't want to show him getting pinned by Rollins? Reason 1 sounds like petty Vince. Reason 2 sounds like protect Roman Vince.

WWE Putting On The Pressure? 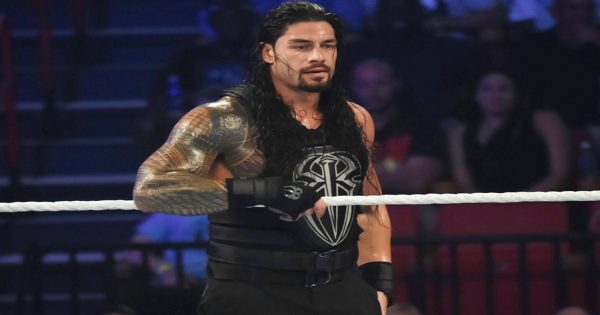 Removing Roman Reigns from the Network could be a strategic move from the WWE’s side. After all, it shows a clear sign of “look what we can do to your career,” forcing him to return sooner than he wants to.

Despite the pressure from the WWE, Roman is standing firm in his decision and so he should. After all, his children come before wrestling and World Wrestling Entertainment.

The way the company handles the situation with Roman Reigns at the moment is absolutely despicable. It does not only impact Roman Reigns though, as it sends a clear signal to other staff.

By effectively “muting” one of its biggest stars, the company sends a clear sign to its other employees. Refuse to work and this may be you!

With all the controversies surrounding the company lately, I do believe there should be a serious investigation in the company’s practices. This should not be limited to the treatment of staff, but also how the company acquired its essential business status.

Unfortunately, the government has other things on its mind than taking on one of the biggest entertainment businesses in the world. While the signs may be blatantly obvious, I highly doubt anything will be done about it.