RAW In A Nutshell: Let The Brand Versus Brand Invitational Begin

It's RAW In A Nutshell, and it's time for the brand versus brand invitational to begin. Are you really into it? Tonight gives us McIntyre versus Corbin!

This week sees the brand versus brand invitational begin. We found out about it last week, but this week we get Drew McIntyre and Baron Corbin.

Who knows what it all means, with things being very much unprecedented in this day and age.

On top of the McIntyre-Corbin fun, we should expect the first real fun for new RAW Champion Asuka. Might we finally see the bottom fall out with Andrade, Angel Garza and Austin Theory?

It’s another RAW In A Nutshell!

I watched the show, and nothing really jumped out. I pondered it after the fact, and nothing still screamed “pick me”.

Here’s my gripe, I think, with the bulk of tonight: so many matches could have been worthy, but were too short.

We got quantity over quality, or at least that’s how it felt. If I was pressed to pick a match though, I suppose the McIntyre-Corbin main event wasn’t complete trash.

I actually liked the women’s tag team match featuring Bliss and Cross versus the IIconics, for what it’s worth.

Not going to target a specific match. Rather, as I said a few sentences ago, my beef is with most of the matches.

If I were to check the time on most of the matches, the majority seemed to get in at under five minutes. While that does work out for some, if that’s 95% of the show, it can be rather disappointing. 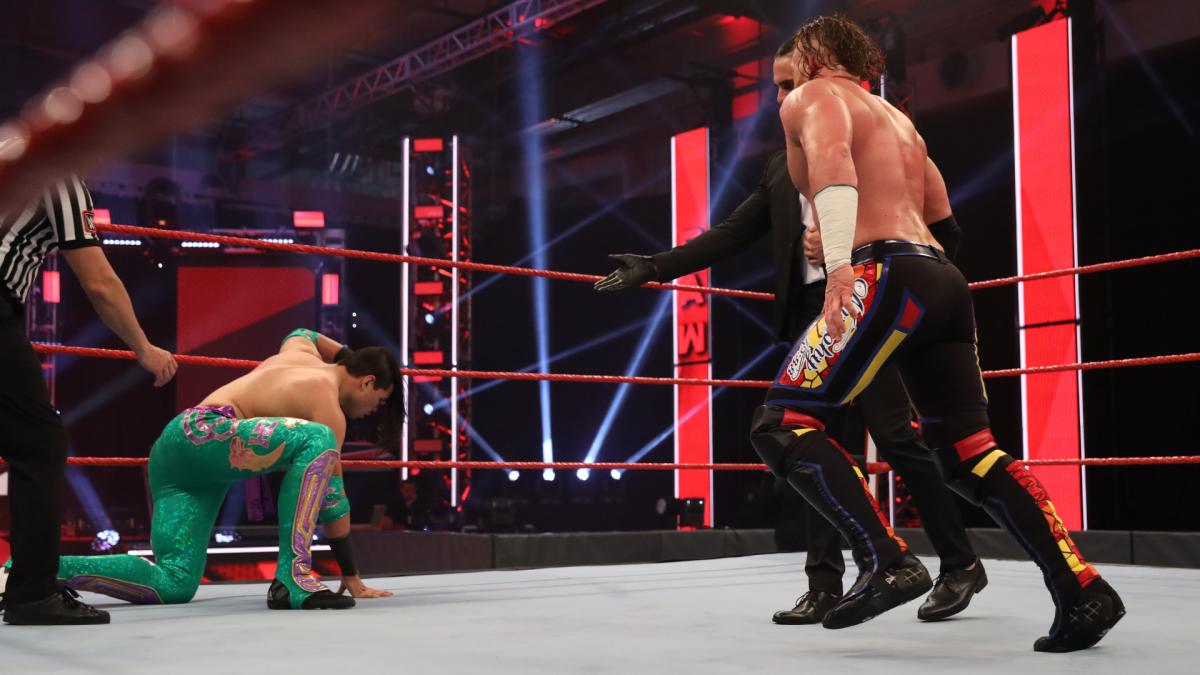 With so many short matches, I really struggle to give someone this nod.

I will say, however, that MVP and Bobby Lashley seem to be working out. That said, I could not help but wonder-is WWE giving us some storylines now, that they think might crater in front of real fans?

Nothing against Lashley, but not sure I am buying him (yet) as a credible threat for the title. Which means, of course, that in a couple weeks, he will be.

Even though she ducked down to take it, that was a stiff looking kick that Asuka gave Nia Jax. That’s about the best we had tonight, I think. 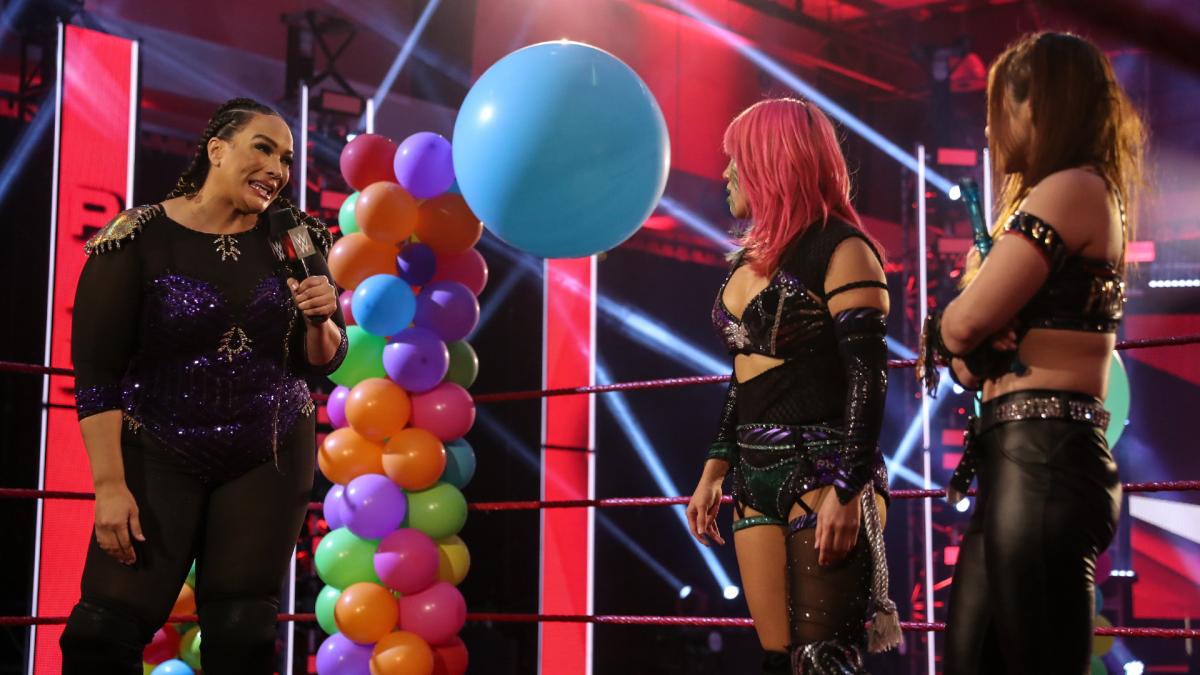 Nothing to complain about.

It was said last week, and WWE doubled down on it tonight. Now it was Samoa Joe’s turn to say that Orton versus Edge could be the best match ever.

Look…maybe if both men were fully healthy and in their primes, that could be possible. Nothing against them, but I just don’t see how they could believably do it now. 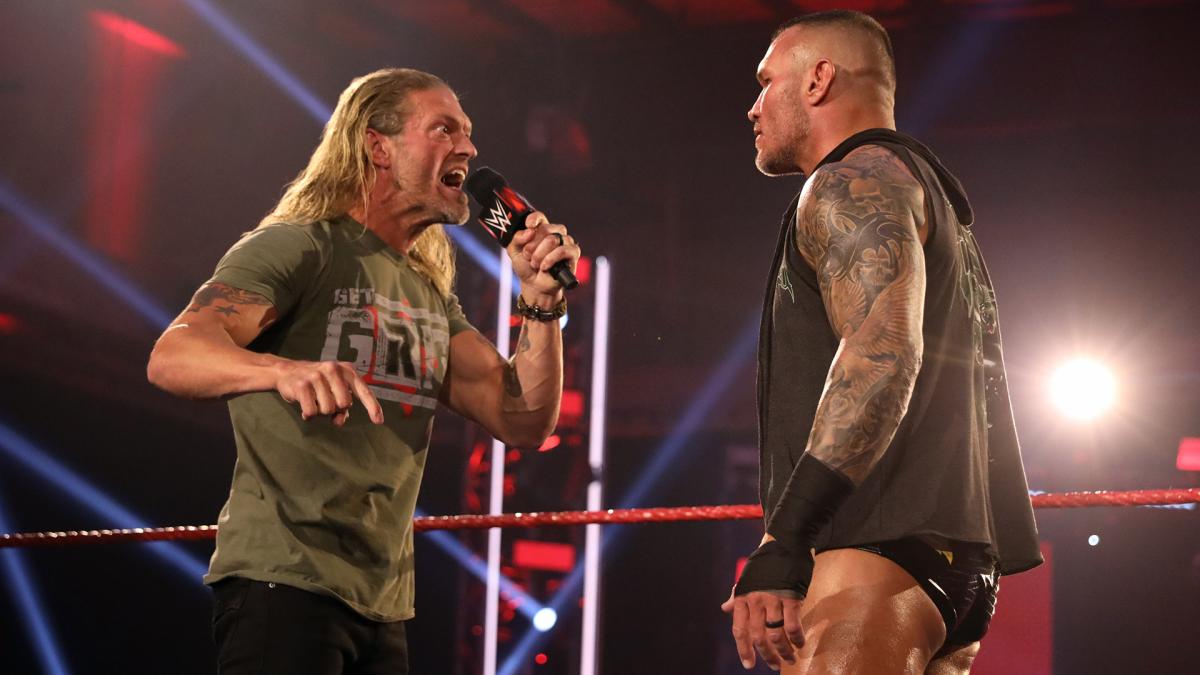 I’d buy in more if it was Bryan and Cole, or Aleister Black, or any number of Superstars.

Minor nitpick, but it was perhaps a little too obvious that Nia had to duck down to take the kick to the head. At least that’s how it looked to me.

The hatchet throwing stuff for Street Profits and Viking Raiders. Some of it really is groan worthy.

I mean, the axe in the police cruiser window? The cop letting them go with a warning because she’s fond of one of the Raiders?

The lack of social distancing and all that didn’t help either.

I think the big thing for me was Natalya snapping. Primarily because I really am curious to see where WWE takes this one this time. 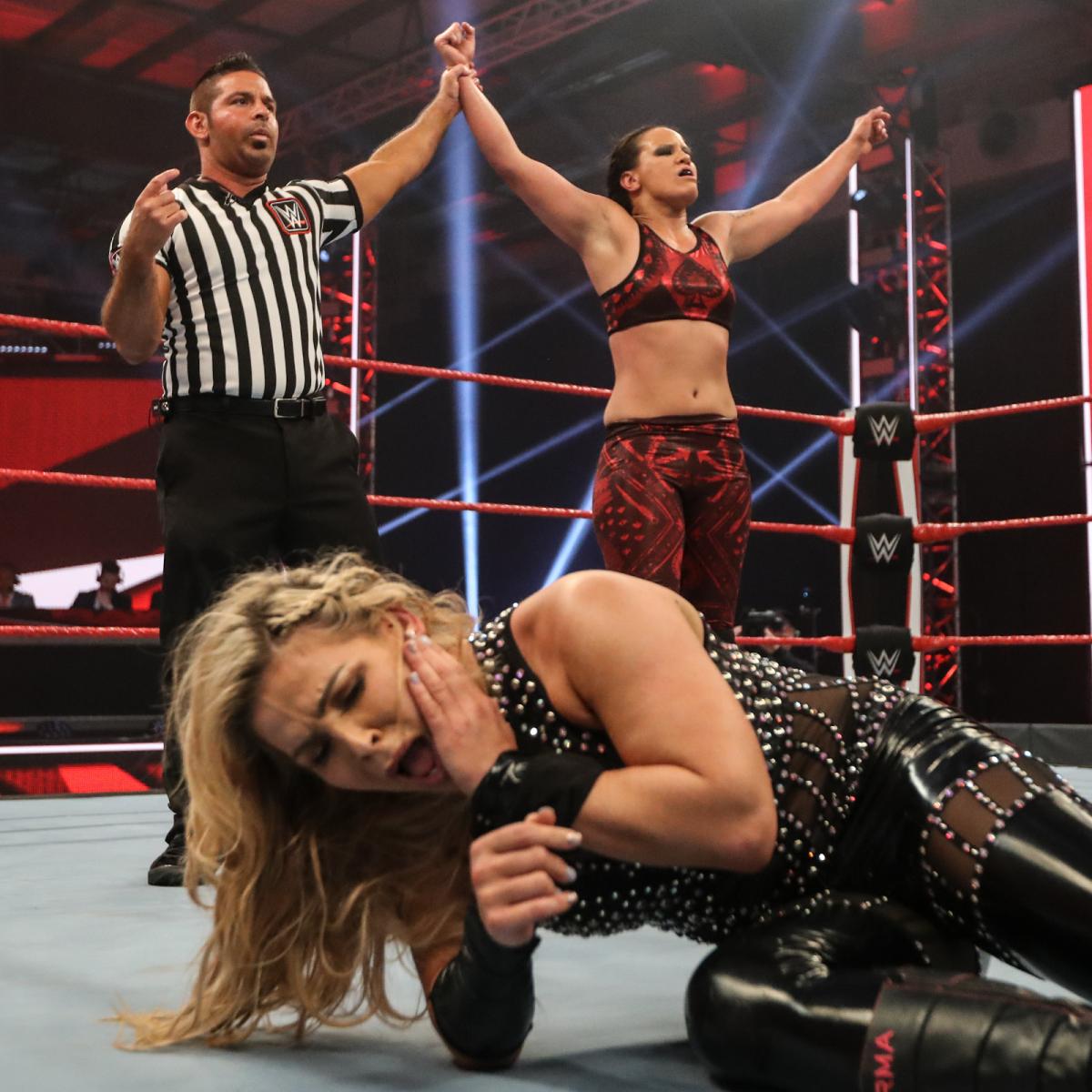 Kevin Owens is back, which is good.

Austin Theory is out…but then he’s in (a different group). That could be interesting too…

@austintheory1 getting thrown out of the faction from Zelina, Garza, & Andrade, and now has aligned himself with the #MondayNightMessiah??! Interesting #WWE #RAW

Biggest issue for me was so many short matches. Don’t give us ten matches running five minutes or less. Give us six matches that can run ten to fifteen minutes each.

Decent build and stories are more important than wins and losses, I think.

Randy Orton and Edge both delivered strong promos. That part was good. 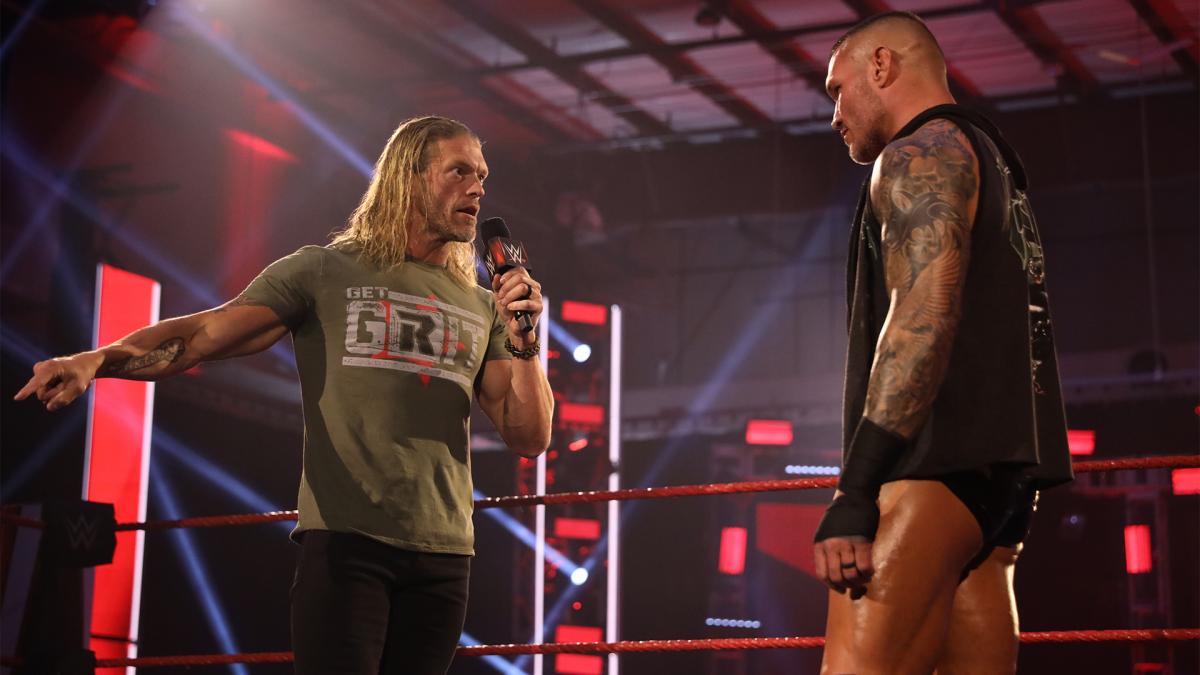 Asuka and Nia Jax could be fun, and I am liking Asuka as a babyface again.

The brand versus brand wasn’t terrible.

What it was, was a show too close to the last PPV and too far from the next. To me, it felt a bit like it was in limbo.

That said, there’s some possible promise in things like the Natalya storyline, and Lashley paired with MVP could actually turn out decent.