Lacey Evans Surprises Everyone With Her Stance on WWE After Releases

Lacey Evans suprised fans by defending the WWE shortly after the countless releases on Black Wednesday. However, she also revealed interesting info.

Lacey Evans surprised fans this week by supporting WWE in the wake of the mass releases. However, by doing so, she revealed some interesting information about the company who’s received lots of criticism in recent weeks. 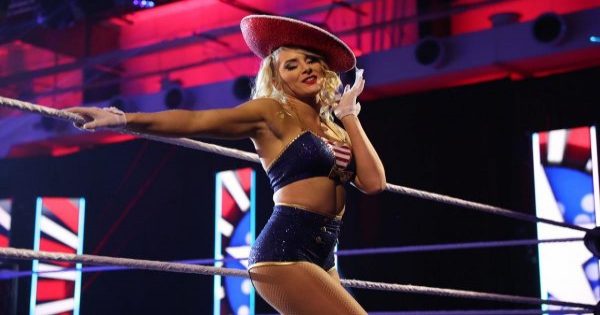 The countless releases on Black Wednesday shocked the wrestling community and prompted many fans to stop supporting the promotion. However, Lacy Evans now defends the company in their decision.

“This hits them last minute. But I also do know that WWE is very supportive. They do what they have to do, but they make sure that everybody has what they need and is taken care of, and to the point of going forward.”

Contrary to Seth Rollins, Lacey is not solely defending the company. During her interview with The Walkway Fight Club Podcast, she relates to those who were released and brought a message of hope.

Being a good employee, Lacey is defending the company somewhat, but it is clear that she understands the hardship that comes with losing a job such as this one. It also shows a lot more insight than some of the statements made by Seth Rollins shortly after the releases.

Lacey Evans is one of the wrestlers who is most likely safe from future releases. She was one of the first women to have a match in Saudi Arabia, but also had some high profile feuds with Sasha Banks and Becky Lynch.

The future for Evans is looking bright, but she still needs to have a championship run, preferably on SmackDown Live. Let’s hope coming to the defense of the WWE and the talent who have been released recently in this difficult time pays off for her in the future. 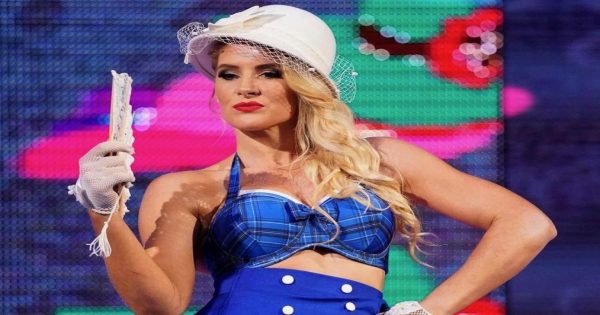 Contrary to popular belief, Lacey Evans did not have an easy childhood. In fact, her tragic childhood made her into the superstar she is today.

If anyone knows hardship, Lacey Evans certainly does. Lacey was born on March 24, 1990 as Macey Evans, but her childhood would change her personality forever.

In the past, Lacey admitted she was raised in a home that was crushed by alcohol abuse and drugs. In fact, her father who had a passion for wrestling, died from a drug overdose before Lacey got her WWE tryout.

Due to her broken childhood home Lacey chose to move away from her old life and join the Marines. She started her military career at the age of 19 and served for five years.

During her time in the Marines, Evans got her Bachelor’s degree and started a family construction business. During this time, she also started her wrestling career.

In other words, Lacey Evans knows that life can be difficult and hard. Still, she is living proof that fighting for your dreams and a better future can pay off.