Recently it was reported that Bare Knuckle Fighting Championship has offered Mike Tyson $20 million dollars to compete for the promotion. Now, BKFC's president is reporting they're increasing that offer, and that he'd like to see the legend throw hands with Wanderlei Silva.

As the combat sports world continues to buzz about the possibility of Mike Tyson making a comeback, Bare Knuckle Fighting Championship is stepping up its offer to the legend. 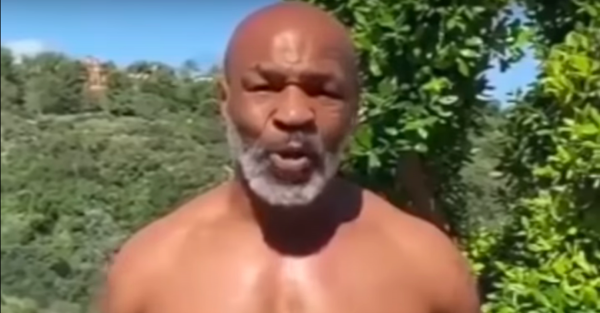 In recent weeks, speculation aboutTyson competing again has spiked, as the boxing star’s expressed an interest in competing in charity matches. Not only that, the 53-year-old legend has released videos of him training and hitting pads.

As a result, BKFC reached out to Tyson’s team and offered him $20 million to compete for the organization. More recently, BKFC President David Feldman told MMA Fighting that they’ve increased that offer, and that the offer includes charitable donations.

The news comes not long after Tito Ortiz claimed that he’s been approached about the possibility of facing Tyson. But, while talking about Ortiz’s claim, Feldman said this.

“I didn’t offer that (to Ortiz),” Feldman said. “I don’t know that it really draws. I think a Wanderlei Silva, someone of that nature.

No matter how old Silva gets, he’s dangerous, and I think that would be an intriguing matchup. Something like that, but I don’t actually have anything in mind right now.”

“First, I want to see if we can make the Mike thing happen, period, and then we’ll start talking opponents,” Feldman said.

“We’re not successful yet in making that Mike thing happen. But I don’t think the door’s shut.”

Ortiz does seem like a bit of an odd choice for a potential opponent. Considering he was never regarded as an elite striker in MMA.

But, would the legend really consider taking a bare knuckle bout?

Now, obviously there would be plenty of combat sports fans who would like to see Tyson and Silva throw hands. That said, it’s difficult to imagine Tyson going this route.

At the end of the day, Tyson competing in a bare knuckle bout would only bring additional scrutiny and concerns to his comeback. After all, he’s 53 now, and there will be plenty of people who don’t want to see him fighting at all.

Further, at the end of the day, boxing remains a much bigger sport than bare knuckle fighting. So, Tyson will likely have much bigger platforms to work with, if indeed, he boxes again.