While the U.S. battles through the coronavirus pandemic, Vince McMahon has been fighting many troubles himself.

Along with the WWE losing out on live attendance gates and holding an actual WrestleMania, the XFL filed for Chapter 11 Bankruptcy and numerous superstar releases. He is also being sued by former XFL CEO and Commissioner Oliver Luck, the son of former NFL superstar Andrew Luck, over the failed promotion.

Very sad end to such a rewarding experience.https://t.co/vXfYL35jnx

PWInsider is reporting that McMahon has been a “grumpy SOB” backstage in terms of trying to deal with all of this troubles.

Vince McMahon today on the earnings call for investors said they’ll be doing more “mini movies” like the cinematic matches at WrestleMania due to the current circumstances.

The 74-year-old McMahon continues to be the main creative person behind all things WWE-related. While his on-screen role has diminished, he is still a central figure backstage during all events. 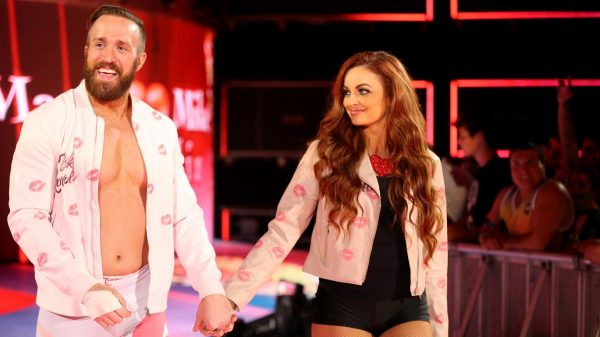 The husband-wife duo of Mike Bennett and Maria Kanellis were among those released by the WWE during their mass cuts recently.

According to reports, the two had just signed five-year deals worth $250,000 per year.

Kanellis was also being groomed for a potential backstage role, her husband told Fightful recently. That could have included a move to the WWE NXT brand as a way to groom the next generation.

“We actually at one point were talking about Maria just back in a creative role, not even coming back as a wrestler or a manager or any kind of on-screen talent,” Bennett said (thanks to Ringside News for the quotes). “Maybe coming back and doing stuff with the girls down in NXT or helping be on the writing team.

“Because that’s what she loves to do now. She just loves helping, using her mind to help other people succeed. 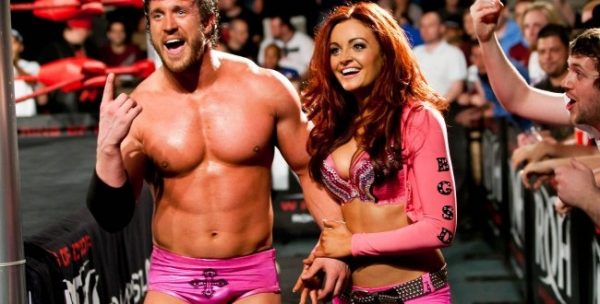 Before that could begin, though, Kanellis became pregnant with the couple’s second child. She did win the 24/7 title during her pregnancy to become the first-ever pregnant WWE champion.

The 38-year-old Kanellis posed for Playboy and was on the 2010 season of Celebrity Apprentice. She made her pro wrestling debut in 2004 and married Bennett 10 years later.

We survived before. We will survive again…. Sincerely, a #NonessentialFamily pic.twitter.com/sOEgxNiswc

Bennett, 34 years old, made his Ring of Honor debut in 2008 and signed with the WWE in 2017 to join his wife. He is a two-time former 24/7 WWE champion and also on the TNA X Division title once.