After night one of WrestleMania 36, there are retirement rumors surrounding the Undertaker. Also, a huge spot with Kevin Owens was nixed.

After night one of WrestleMania 36, there are retirement rumors surrounding the Undertaker. Also, a huge spot with Kevin Owens was nixed. 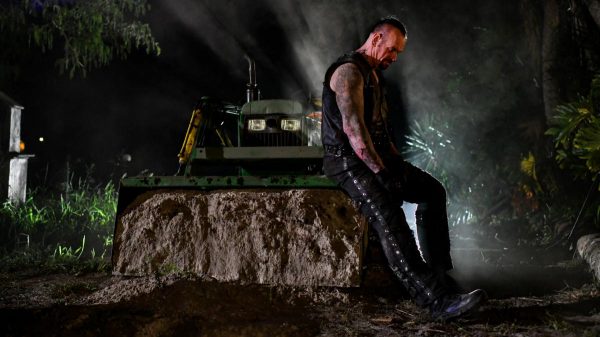 Night one of WrestleMania 36 concluded with the first ever Boneyard Match, with Undertaker defeating AJ Styles. They fought inside a ‘cemetery’ and the finish saw Undertaker bury Styles. The evening finished with Undertaker riding off on his motorcycle with flames shooting and his symbol appearing.

During Wrestling Observer Radio, Dave Meltzer discussed how Undertaker wanted to finish his career on a high note. After last night’s performance, there is talk of Undertaker’s future with WWE concluding.

“There’s a lot of talk that [The Undertaker] wanted to retire on a good note because he’s had these bad matches,” said Meltzer. “If that’s the case, this would be the way to retire.”

Of course, WWE taped the match and had plenty of time to edit what occurred. Ever since the streak ended, Undertaker has been showing signs of slowing down inside the ring. Many of his singles matches have been criticized such as his loss to Roman Reigns at WrestleMania 33 and victory against Goldberg at Super Showdown.

WWE Hall of Famer Kurt Angle spoke to ESPN’s Marc Raimondi about a conversation with the Undertaker. Angle recommended he face Styles as a way to help deliver an unforgettable match.

“The first thing I said to him was, ‘What about wrestling AJ [Styles]? […] It’ll be the best match you’ve had in years,'” said Angle.

While some were not fans of the Boneyard Match, many people applauded the performance on social media.

I wish every mania match this year was a boneyard match! #Wrestlemania36

Undertaker vs AJ was one of the best @WrestleMania matches of all time.

OMG I LOVED IT

After tonight’s WrestleMania concludes, there be a special on the WWE Network looking at the Undertaker’s career. It is called “Last Ride” and features Undertaker giving an honest opinion about his career. Based off the preview, Undertaker knows his days are numbered. Also in the special, it will feature several familiar names. There have been rumors for years about Undertaker retiring. After his match with Styles, the speculation has only increased.

At 55 years old, there will always be questions regarding Undertaker’s future. With each passing year, we are one step closer to him hanging up his boots for good. He joined WWE in 1990 and has never left, which is unprecedented. Fans have witnessed some of the greatest moments in pro wrestling thanks to the Undertaker. He might have a few matches left in the tank, but fans seem happy if WrestleMania 36 was his curtain call. 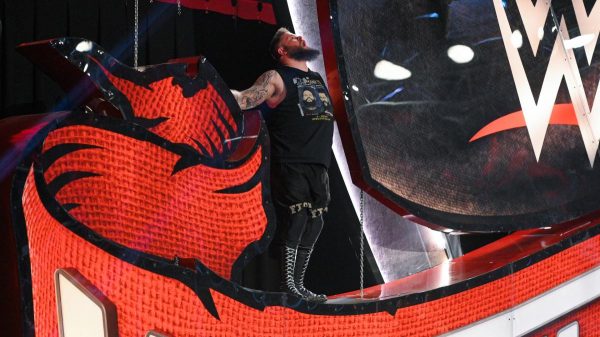 Speaking of WrestleMania 36, Kevin Owens was able to defeat Seth Rollins. Their match was restarted after Rollins intentionally got disqualified. As a result, the match turned into No Disqualification and a winner had to be declared.

The final sequence saw Owens climb to the top of the WrestleMania sign and come crashing down onto Rollins. The spot was cool enough, but apparently Owens had bigger plans. If the show had taken place from Tampa, Owens was determined to leap off of a giant ship that would have been part of the stage.

I went to a show there in January. As soon as I saw it, I told myself no matter what I was doing at Mania, I’d find a way to jump off that thing. I even took pics of it to figure out the best way to go about it.

It didn’t work out but I found the next best thing! https://t.co/PCGXr0Aw7I

Even though Owens did not get to hit the spot he was looking for, he made the most of the Performance Center. Maybe next year, Owens can top what he did on Saturday.