Rumors about John Cena retiring are rampant after the Firefly Fun House match. But are they true? Let's take a look at John Cena's WWE career.

John Cena’s WWE career could actually be coming to an end due to the outcome of the Firefly Fun House match.

But is John Cena really thinking about retiring?

Cena released a cryptic tweet shortly after his defeat at WrestleMania 36 at the hands of Bray Wyatt.

All things end. When it’s time to leave, leave them guessing.

If you had the honor of watching WrestleMania 36, you already know Cena was mentally tortured by The Fiend. The match also included several iconic segments of John Cena’s career, some of which we will review later.

By revisiting many of the iconic moments of Cena’s career, fans speculate that it was the perfect way for Cena to retire. As he hinted to possible retirement in a recent interview, it may not be too farfetched for Cena to retire now.

Cena readily admitted in an interview that he no longer can keep up with the WWE’s hectic schedule. As it stands, it could mean Cena might not return to the ring again. 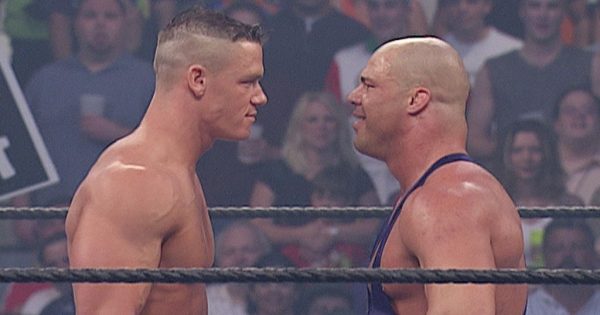 John Cena’s WWE career started with Ruthless Aggression Cena, which was also featured in the Firefly Fun House match. If you don’t remember, let us give you a recap!

The Ruthless Aggression Cena we do remember is when Kurt Angle issued an open challenge. And, Cena answered the call.

Kurt Angle asked why Cena believed he could take him on and his answer was “ruthless aggression.” 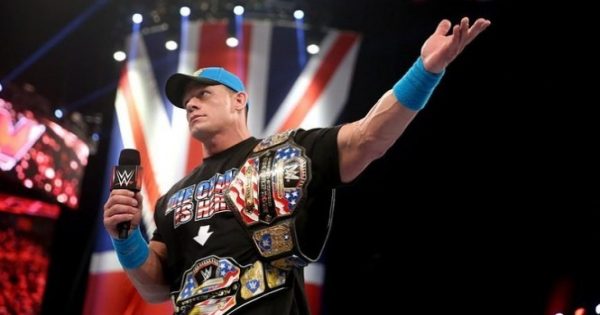 With the tagline “if you want some, come get some,” John Cena’s Open Challenge for the United States Championship started.

Cena’s Open Challenge got lots of takers too, from Sami Zayn to Kevin Owens.

While Cena’s Open Challenge is not a single match or appearance, we thought it was quite iconic nonetheless. In fact, it was one of the highlights for the United States Championship.

Cena Returns At The 2008 Royal Rumble

When you think about one of John’s most iconic returns to the ring, it has to be the 2008 Royal Rumble. His entrance was a total surprise because he had suffered a serious injury.

Cena had suffered a torn pectoral muscle. But, he would continue to eliminate Triple H and win the Royal Rumble that year. 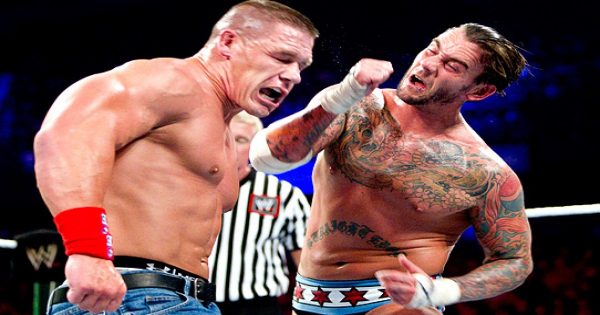 Another iconic moment of John Cena’s career was the 2011 Money in the Bank match against CM Punk. While Cena was not the sole contributor to the epic nature of this match, it is certainly one of the highlights of his career.

CM Punk would continue to beat Cena and take his WWE Championship. But, despite the defeat, it is one of the most iconic matches in wrestling history. 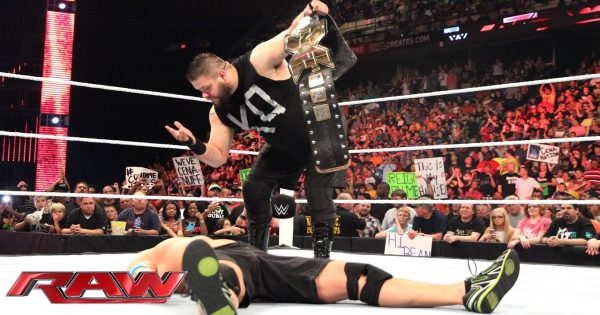 When Kevin Owens came over from NXT, he was instantly put over on the main roster. The main reason for that was none other than Cena himself.

While Owens was supposed to be the heel during the match, the universe got behind him pretty quickly. He would eventually go on to beat Cena at Elimination Chamber and get launched on the main roster.

Not many fans see the significance of this moment, it proves that some of the rumors about Cena are inaccurate. After all, he put over another superstar very effectively.

The Rock Versus John Cena

At the peak of his career, John Cena called out The Rock on Monday Night Raw. At the time, he accused The Rock of being a Hollywood part-timer.

You can see the irony of the Cena and Rock feud, since Cena has been in the WWE part-time due to Hollywood commitments.

Nevertheless, it is one of the most memorable moments of John Cena’s WWE career.

The match between John Cena and AJ Styles is arguably one of the best matches of John’s career. Fans were excited to see the match between these two stars and it is not hard to figure out why.

At the time of the match, Styles was building his brand on SmackDown with the catchphrase “the house that AJ Styles built.” Since Cena was a SmackDown guy, it made sense to pit them against one another. 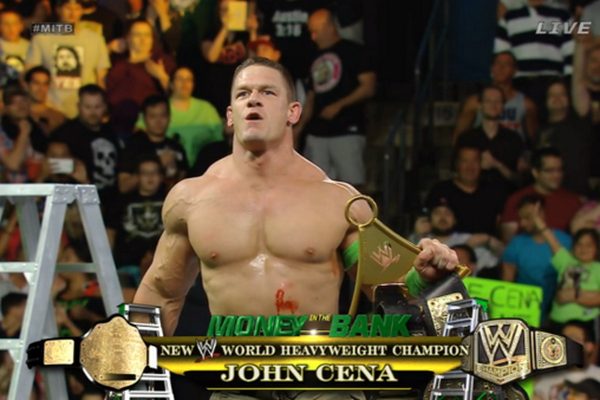 Cena won the new World Heavyweight Championship at the 2014 MITB, right after putting Edge through a table from the top of a ladder. It is a moment many WWE fans still remember.

During the match, there were two titles suspended above the ring, the World Heavyweight Championship and the United States Championship. Evidently, this gave the entire match a more unique feel. 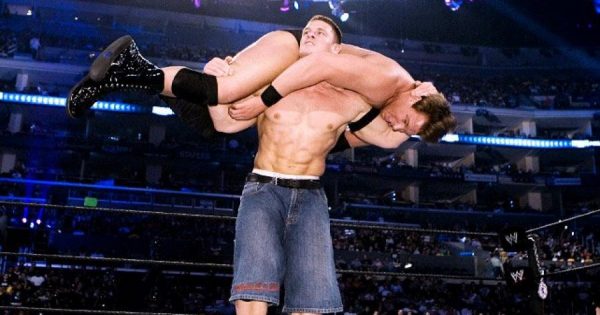 There have been many times where the WWE Universe was squarely behind John Cena. Still, one of the times where the crowd was 100% supporting Cena was during his match against JBL during WrestleMania 21.

Cena would take the win at WrestleMania 21 by scoring a pinfall on JBL. By defeating JBL, Cena became the new WWE Champion upon leaving WrestleMania.

We have to admit that John Cena’s career spans over a very long time, so it is almost impossible to list all his iconic moments. Fortunately, we found this video for you, which gives you some of John’s best smackdowns.

If you still haven’t gotten enough of John Cena, be sure to check out all John Cena articles on the website – just search his name.

While the special moments of John Cena may be coming to an end because of potential retirement, we will always have these amazing moments to look back on.