AJ Styles posted an emotional video after the release of The Good Brothers Gallows and Anderson. It is a difficult watch for all WWE fans.

As you already know, Gallows and Anderson were released by the WWE on Black Wednesday among a slew of other wrestlers. Their good friend AJ Styles posted an emotional video responding to their releases.

‘I Could Not Protect Them’

During his emotional video, Styles stated how he felt after the release of Gallows and Anderson, two men he considers as brothers. In the same video, he states he couldn’t protect them and feels somewhat responsible.

“These guys are my family and I couldn’t take care of my little brothers.”

“I’m the oldest. I’m supposed to take care of them.”

You can view the entire video from AJ Styles here:

Despite their involvement in the OC, it was not enough to protect both men against the staff cuts.

The History Of AJ Styles, Luke Gallows, And Karl Anderson 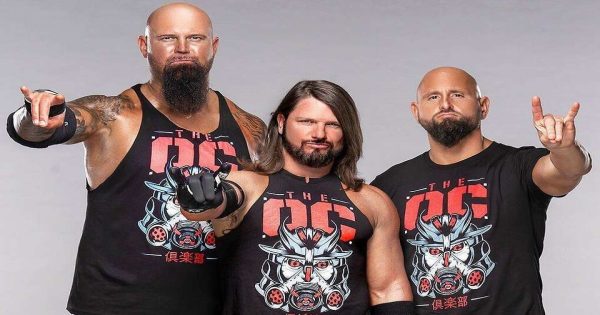 AJ Styles, Luke Gallows, and Karl Anderson knew one another long before the WWE. They worked the indies together and were all members of the infamous Bullet Club.

Considering the history between the men, AJ Styles’ devastation rings true. Now, the leader of the OC needs to continue on his own in the months to come. 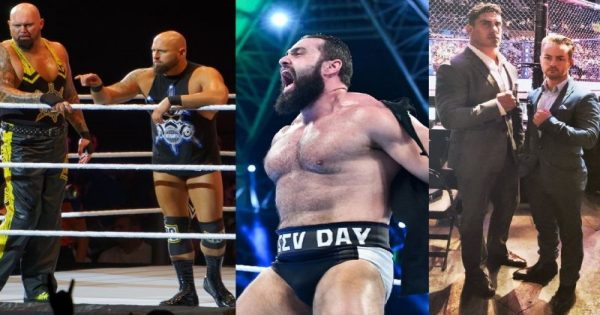 Fans criticized the WWE heavily for the releases that took place on Black Wednesday.

Of course, fans were not the only ones, as even wrestlers and other business owners commented on the large staff cuts.

A part owner of a major league franchise anonymously responded to the releases this week and mentioned he was “appalled.”

“I know a few people in the wrestling business, one who lost their job in the furlough today. I understand layoffs. But given WWE’s cash position; the essential business status they negotiated; the unsafe conditions they are already asking workers to commit to; and the fact that they are doing so much better than every other live/place-based business, for them to be the first company in the business to have such a significant layoff is unpalatable.”

The WWE wants to protect their business in the future, but did they need to lay off all these people? The company has an estimated $500 million to get through these trying times, so is it just a case of maintaining their current profit margin?

When the releases were happening on Wednesday, there was huge outrage among WWE fans. A lot of people even cancelled their WWE Network subscription in support of the released wrestlers.

Here is just one example of people who took action after the mass releases:

It's a shame there was no "because Vince Mcmahon is an evil piece of shit" option. #wwereleases pic.twitter.com/jqf2mRuHx0

The anger and rage among fans was clear. So, it is no surprise that many fans blamed the WWE’s spending on temporary appearances such as Cain Velasquez, Brock Lesnar, and Tyson Fury.

Can someone tell me how much money a year Brock Lesnar is on? Release him, he does f**k all!! The man lost his star attraction title a long time ago! #WWEReleases

The anger among fans is still raw at this point, with many now refusing to watch the product. Unfortunately, I do think the releases will have some effect on the WWE’s profit margin, and it won’t be positive.

Will the WWE survive all this madness? They will, but unfortunately they might sacrifice a lot more of their loyal staff to do so.