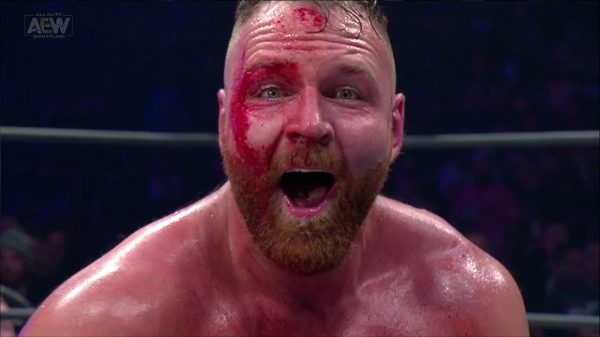 Jon Moxley shocked many leaving WWE last year and joining All Elite Wrestling (AEW). Less than a year since his debut, Moxley can be called AEW World Champion. In the main event of Revolution, Moxley defeated the inaugural champion Chris Jericho.

After the pay per view, several people spoke to the media. That included AEW President Tony Khan and Moxley.

Moxley stated that he felt ‘half concussed’ following his title win. He also spoke about when the cut he received during the match took place.

“[Jericho] threw my head into the ring post on the floor and I basically head butted a steel post about as hard as it could be head butted,” said Moxley (thanks to Wrestling Inc for the quote). “I was seeing triple for a minute out of my one eye and still feel a little woozy. I was like, ‘whoa, this isn’t good.’ Then I felt that hot instant feeling of knowing when you’re lacerated. At the last pay-per-view, it happened too except it was in the back of my neck, and I was like, ‘oh! put pressure on the wound.’ So that’s what I did tonight, I put pressure on the wound.”

Based on Moxley’s comments, it is unclear if he suffered a mild concussion or was just feeling the affects from the match. AEW medical staff likely took a look at Moxley, but no word if he was required to take additional medical steps. 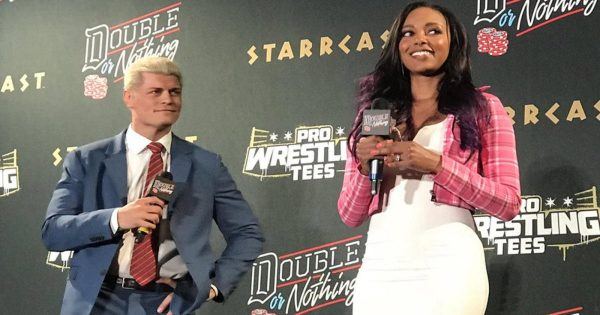 A popular trend on social media last night involved Cody Rhodes’ new tattoo. The American themed tattoo appears to represent a possible symbol for Cody’s gimmick and/or pay homage to the legacy of the Rhodes family.

One person who was not a fan is Cody’s wife, Bradi. She said Cody can make his own decisions, even if they are on the crazy side.

At Revolution, Cody faced MJF in a grudge match that has been building since the last pay per view. After waiting over three months to get revenge on MJF, Cody was unsuccessful. The ending saw MJF use the AEW Diamond Ring to secure the winning pin. 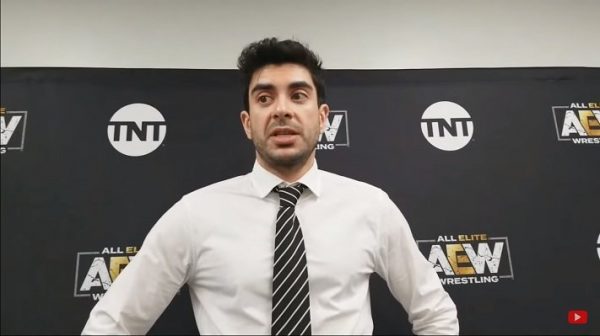 Matt Hardy’s WWE contract is now up and there has been no confirmation that he re-signed. With Marty Scurll re-signing with Ring of Honor, that left AEW to find a replacement to be the leader of The Dark Order. Hardy’s name has frequently been mentioned and teased.

Once the clock hit midnight, Evil Uno sent out a tweet about the Exalted One’s debut nearing.

Khan was asked about Hardy joining the company, but the AEW President had little to say.

WWE has tried their best to keep Hardy from leaving. They offered him a substantial amount of money, but the veteran wrestler is not concerned about that factor. He was seemingly written off TV last month after being attacked two weeks in a row by Randy Orton. Hardy even said goodbye to the WWE Universe on social media and during a RAW commercial break.

If Hardy is signing with AEW, he can debut on this Wednesday’s episode of AEW: Dynamite.