All Elite Wrestling (AEW) held their first pay per view of 2020 from Chicago and they continued to deliver. We saw a major title change, a scary spot and Colt Cabana debuted for the promotion. 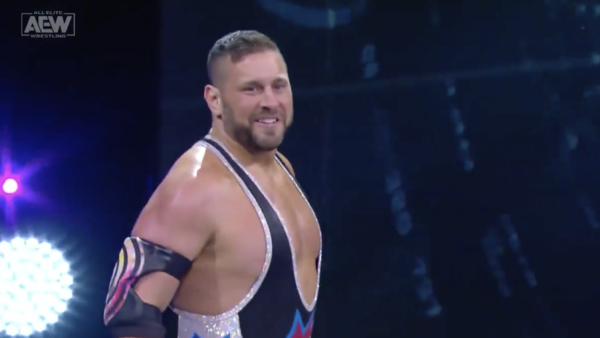 During the pre-show, The Dark Order defeated SCU and there was a post-match beatdown. To help make the save was popular Indy wrestler Colt Cabana.

.@ColtCabana came to the aid of #SCU!
Watch #AEWRevolution TONIGHT via @brlive or @FiteTV! pic.twitter.com/izopq0lykL

AEW President Tony Khan spoke to the media after the show and confirmed that Cabana has signed with the promotion. He will be working behind the scenes and also handle some commentary duties. Also, Khan noted that Cabana could also be wrestling for AEW. 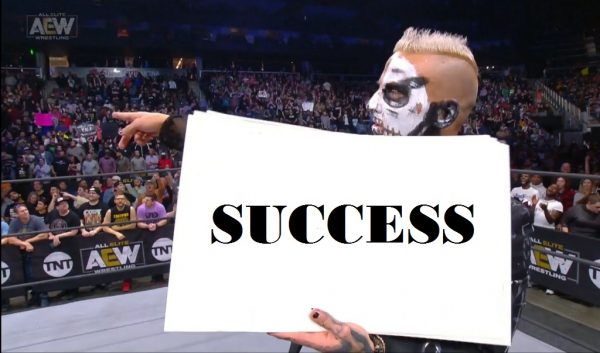 In one of the scariest moments from the show, Darby Allin took  a nasty fall on the outside. With Sammy Guevara on the outside, Allin went through the ropes, but it appears his foot got caught on the middle rope. Allin hit his head and face hard on the concrete floor; right in-front of fans.

I believe Darby Allin is the future of wrestling… I just ask, try not to injure yourself, legit winced when I saw this.#AEWRevolution #AEWDYNAMITE #AEW #AllEliteWrestling #DarbyAllin pic.twitter.com/7AQXvquhbx

Somehow, Allin was able to quickly recover and continue the match. The bout only went for 5 minutes, so we are not sure if some spots were nixed. To Allin’s credit, he never slowed down and several more big spots were hit.

Yeah Darby Allin vs Sammy Guevara was INSANE! You’ll have to go some to beat that!#AEW #AEWRevolution
(Credit: @ElDeanDeDog) pic.twitter.com/RFfeKzeKJX

As of now, there is no word if Allin suffered an injury. For Allin’s safety, hopefully AEW made him get checked by a doctor. So, please stay tuned for an update on Allin’s health.

I’m going to need a medical update on Darby Allin’s brain immediately following this match. How he is still competing after diving and landing head first… MY GOD. #AEWRevolution pic.twitter.com/QLfyabvF5I 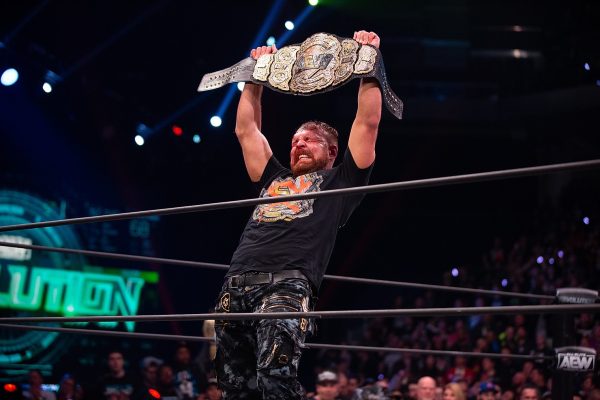 In the main event, a pair of former WWE Champions met. Despite outside interference from The Inner Circle, Jon Moxley defeated Chris Jericho to became the new AEW World Champion. Towards the end of the match, Moxley revealed that he could see fine out of his eye.

After being declared the winner, Moxley grabbed a microphone to address the crowd. He started with “Goddammit I love this s—” and then thanked the fans. He said the title belongs to the fans and not him. After claiming it was “beer-o-clock,” his music played. Then, Moxley followed with “what the f—, I’m not done” in a funny moment. He concluded that he is ready for more challengers and it was time to drink some whisky.

Cold ones on @JonMoxley! 🍻 #AEWRevolution