Joe Rogan isn't calling on the UFC to not move forward with UFC 249. But, the commentator does have some questions regarding the promotion's plan to proceed with the April 18th card.

The MMA world continues to debate and discuss whether UFC 249 will still go down. But, recently Joe Rogan weighed-in on Dana White’s plan to proceed with the April 18th card, as the coronavirus pandemic continues. 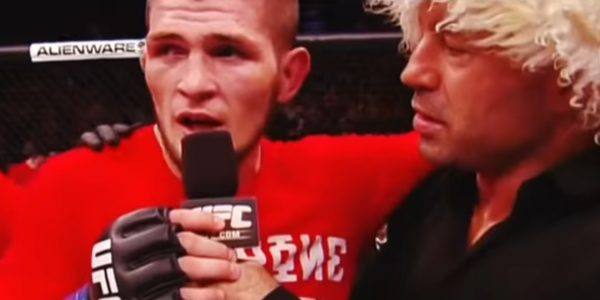 Rogan raises some questions about plan to hold UFC 249

Although the UFC was forced to postpone cards for March 21st, 28th and April 11th, due to the coronavirus, White has repeatedly insisted that UFC 249 will proceed. As this is being written, however, there’s no detailed information as to if and where the card will take place.

Well, recently Rogan weighed-in on the UFC’s plan to move forward with the card, which is supposed to feature a fight between lightweight champ, Khabib Nurmagomedov and Tony Ferguson. Here’s some of what Rogan had to say about the plan, during his podcast (quotes via MMA Fighting).

“They did it for the last card in Brazil because it was ordered by the government,” Rogan said about holding a locked down event. “The government ordered all large gatherings to break up when they started seeing the corona rising in Brazil so they had to do the Brazil card indoors, no people, weird. But they’re gonna plan Khabib and Tony this way. They’re gonna plan it, so it doesn’t even have to be a big place. They could do it in, like, a film studio. Legitimately, they could set this up in a film studio somewhere.

“They could definitely [hold the event]. The UFC has the capability of doing that. The thing is, how are they going to make sure nobody has it?” Rogan asked. “You’re going to have to test everybody. And if someone has it, do you let them fight? What if they have it and they’re like Idris Elba and they have no symptoms but they’ve got the corona? What if Khabib has the corona? Or what if Tony has the corona, does Khabib even fight him?”

In addition to the question about where UFC 249 could take place, and in what type of venue, Rogan’s questions about testing is a good one. Recently Francis Ngannou reported that the UFC had him tested for the coronavirus. So, this could very well indicate that the UFC plans to test fighters. But, what if one of the fighters does test positive? Like Khabib or Tony? Will the UFC ax the headliner? Or look for a replacement opponent?