John Cena will compete at WrestleMania 36, but fans might be disappointed with his rumored opponent. Also, Kurt Angle admits he's in rough shape. 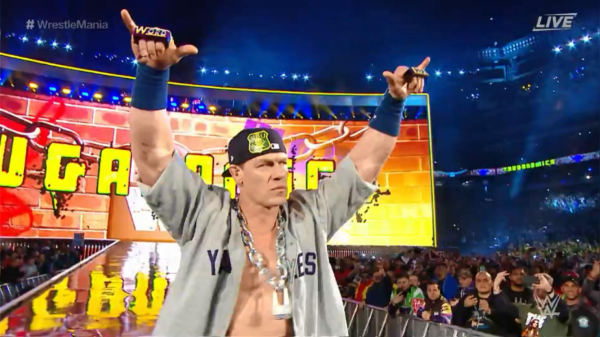 With WrestleMania 36 coming from Miami, there was hope that John Cena would work the event. Not only is Cena wrestling, but his opponent seems to have been revealed.

During the Wrestling Observer Radio, Dave Meltzer and Bryan Alvarez were discussing Cena’s role. Alvarez narrowed down the opponents to Baron Corbin and Elias. While Meltzer did not come-out and say Elias, her dropped plenty of hints.

Ever since Cena and The Rock fought at back-to-back WrestleManias, the 16 time world champion has taken a much smaller role within the company. He defeated Rusev at WrestleMania 31 and was injured the next year. Fans had to settle for Cena saving The Rock from a beatdown at the hands of The Wyatt Family. WrestleMania 33 saw Cena & Nikki Bella get a win over The Miz & Maryse. This was followed by the couple getting engaged. The following year, Undertaker squashed Cena in less than three minutes. As for WrestleMania 35, Cena did not compete, but he appeared using his previous Doctor of Thuganomics gimmick to interrupt Elias.

Seeing how Cena and Elias have traded blows at the past two WrestleManias, that could help create their rumored match. WWE will have some work to do as Elias is currently a face and Cena’s schedule is busy as he continues to transition into a Hollywood career.

Fans have not seen Cena since RAW Reunion in July, but that will change. He is scheduled for SmackDown on February 28, which could see WWE tease his WrestleMania match.

If the rumor is true, I’m no fan of John Cena wrestling Elias at #WrestleMania. Would be the third straight Mania with those two doing stuff and Elias has already reached his ceiling. If Cena can’t do a long match, give R-Truth his Mania moment and a win over his boyhood idol.

If they do John Cena vs Elias at Wrestlemania…… pic.twitter.com/AD3dsBWSCD

Soooo rumors are saying john cena vs either elias or constipated corbin MIGHT be happening at WM? pic.twitter.com/oMUvfnHHuy

(2/2) significant with Elias ever since then? Nope! They weren’t even doing anything significant with him before that! The guy is a loser! There’s no way you can convince me that he is worthy of a Wrestlemania match against John Cena. The guy shouldn’t even be on the show period. 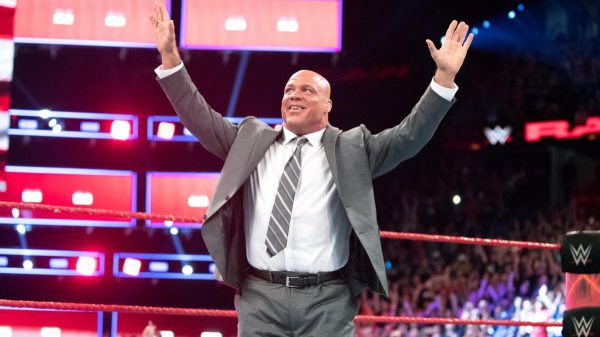 Before Kurt Angle joined WWE, he was already an accomplished athlete. The man won a gold medal at the Olympics and that was with a broken neck. Over the years, Angle’s body took plenty of abuse. This led to his neck being broken two more times and an addiction to painkillers.

Nowadays, the WWE Hall of Famer is clean. But, he noted to TKO that his quality of life is not great.

“I’m hurting pretty badly,” said Angle. “My knees, my back, my neck. Sometimes, I think about would I go back? My quality of life right now sucks. So, I do have a lot of suffering. I had a painkiller addiction that I overcame about six years ago. You know, staying clean and struggling the way I have been, it’s very difficult.”

Angle officially retired from pro wrestling at WrestleMania 35. He was defeated by Baron Corbin in his farewell match. While it was not the match fans wanted, that was what WWE had planned. Since retirement, Angle has mostly remained off TV; outside of a few appearances. He now works in a backstage role for WWE.