RAW In A Nutshell: Who Doesn’t Love A Reunion!

It's another RAW Reunion, and this three hour show is going to be nearly non-stop nostalgia. Lots of names from years gone by, so buckle up and enjoy!

However you wish to classify this RAW, whatever the motivation you might think is behind it, one thing is undeniable: we’ve got another RAW Reunion on our hands. This particular one has been shaping up as the biggest yet. With names like Hogan, Austin, Flair, Foley, D-X and many more, who doesn’t love a reunion? Now, with three weeks to go before SummerSlam, some might (justifiably so) question the timing of the event. Is it a ratings ploy? Could be. It will be interesting to see how WWE ties in the nostalgia with the current storylines. So, without any further delay, let’s crack open this Nutshell and find out! 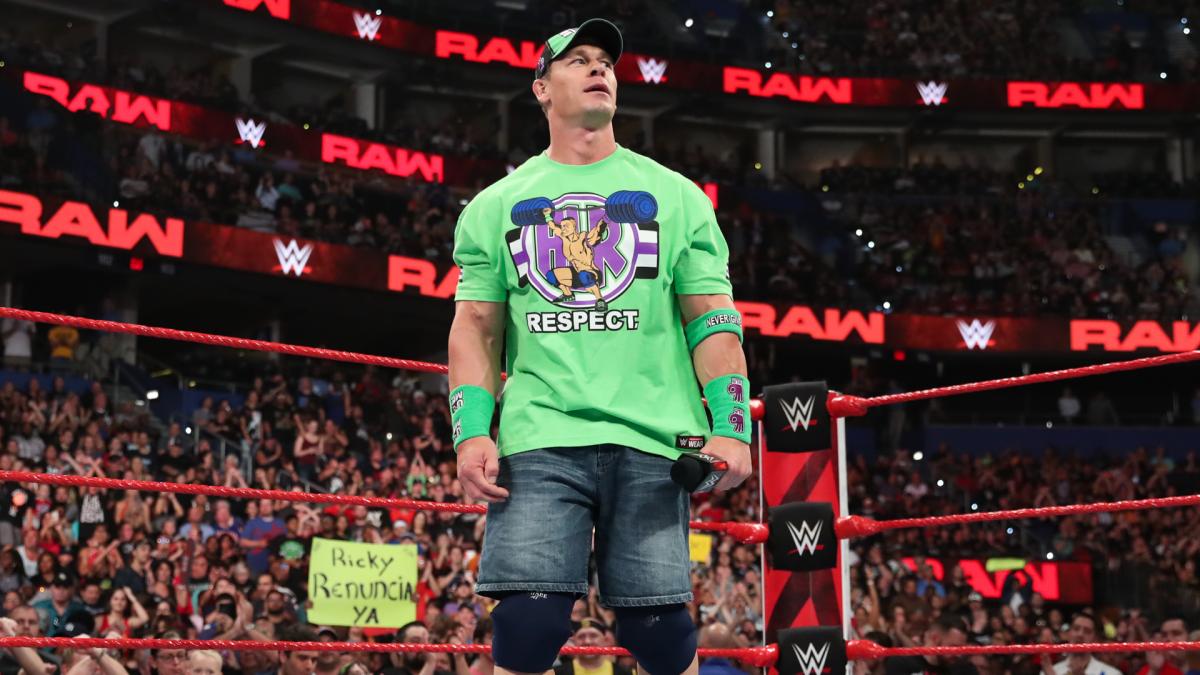 This one, on this night? Really, really hard to quantify. Why? We really did not get many pure matches. Just about every one had some amount of nostalgia woven into it, which is understandable considering the sheer number of alumni WWE brought in for the evening.

In terms of matches though, I suppose I’d go with the Rollins/Styles match. It was a fun one, even if you don’t want to see The O.C. on the short end of the stick so soon. 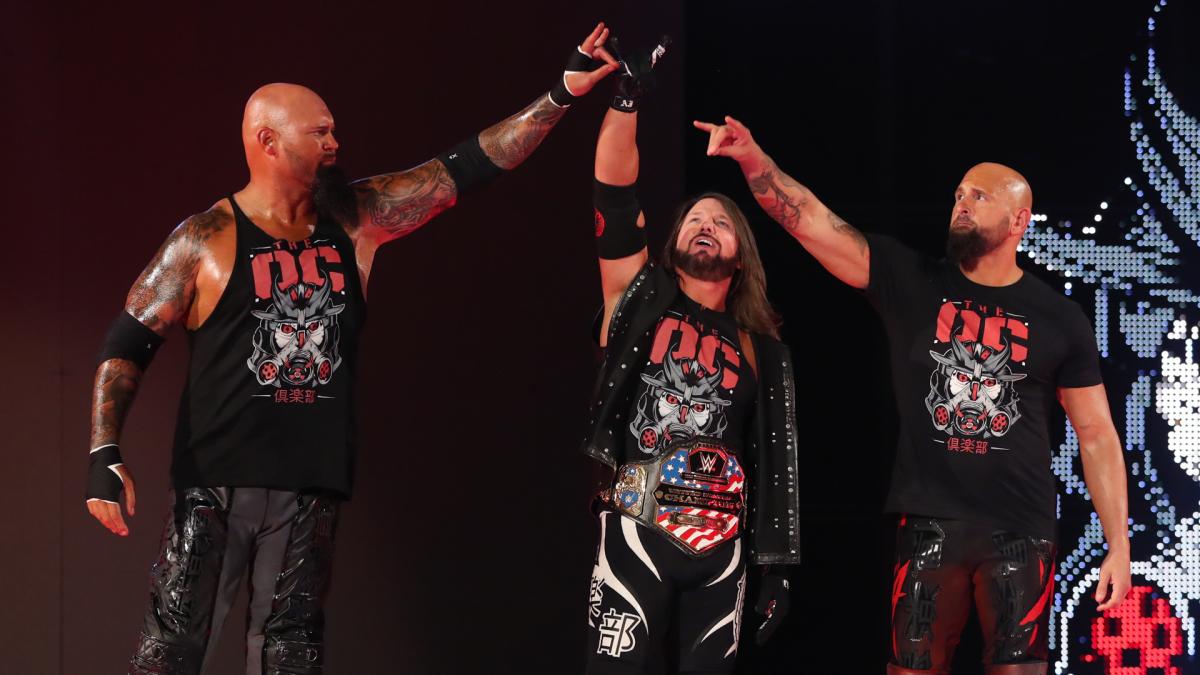 Otherwise, the main event segment with the returning cast in the ring for that final toast did the trick.

The one that bummed me was Samoa Joe and Roman Reigns. 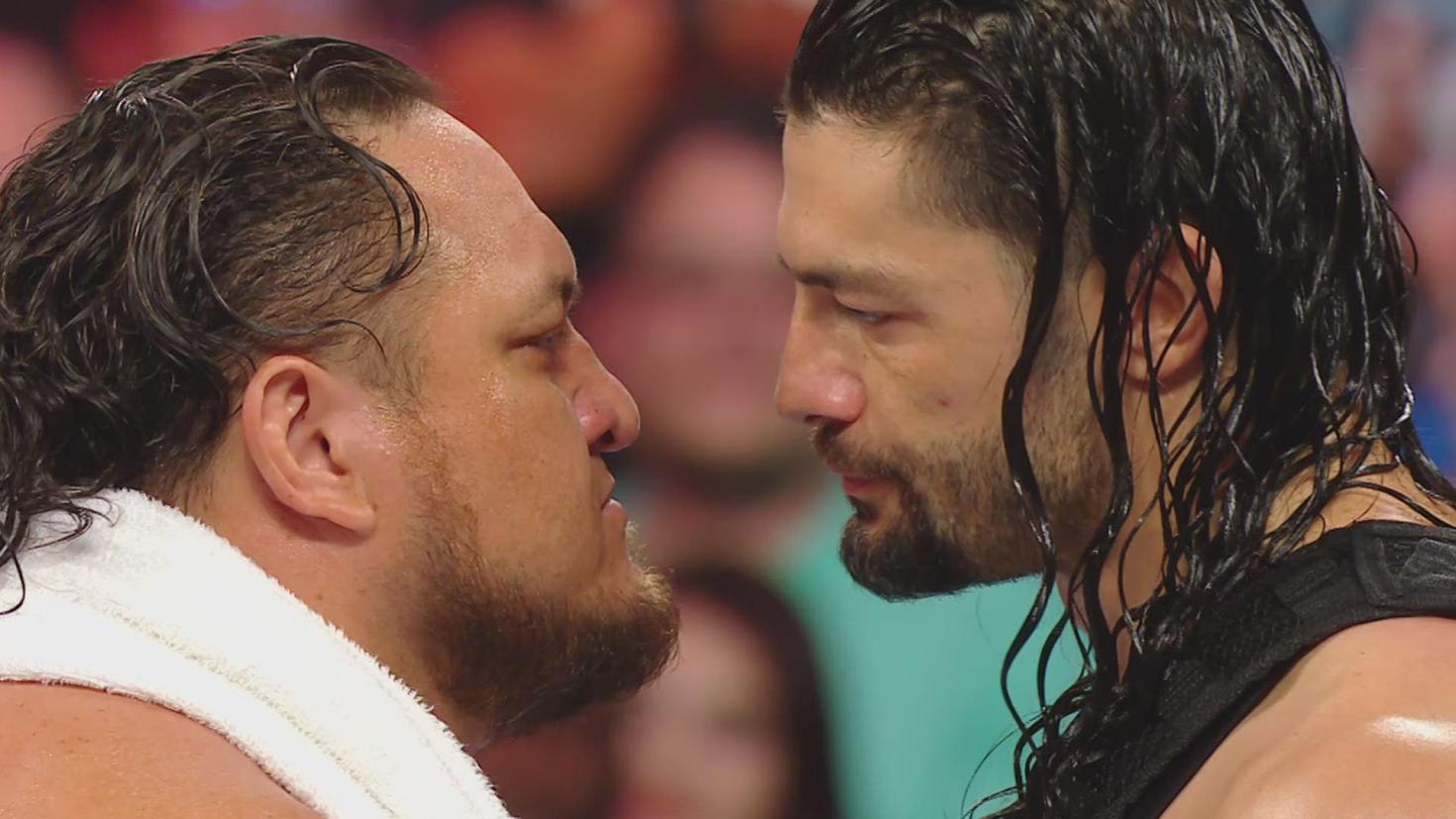 I admit, it’s a bit of an odd choice-it was a clean finish and no alum involved. That being said, I am tired of seeing Joe take the loss so often. WWE needs a couple monster heels, and Joe should be/could be one of them…but he’s taken one too many losses of late. I am sure tonight was more about feel good moments (except if you were Mick Foley), but WWE can’t lose sight of the long term plan either.

There were plenty, given that it was a Reunion and all…but the loudest and best? Austin.

The legends stole the show, obviously. Austin had to be the biggest favorite of them all. Perhaps part of it is we just don’t see him all that often anymore? I mean, guys like Hogan, Flair, HBK, D-X…we see them a lot more often. Some of the others, not just Austin, are and were more special, and the crowd responded as such.

I don’t know if it was people not into Hogan anymore, or knowing Austin was still coming…but that chunk of time for Flair and Hogan, particularly when Hogan’s music played…the crowd seemed dead and the Superstars/Legends on the stage looked so not thrilled to be out there.

Part of me says Mick Foley, because he got jobbed out by Bray Wyatt. 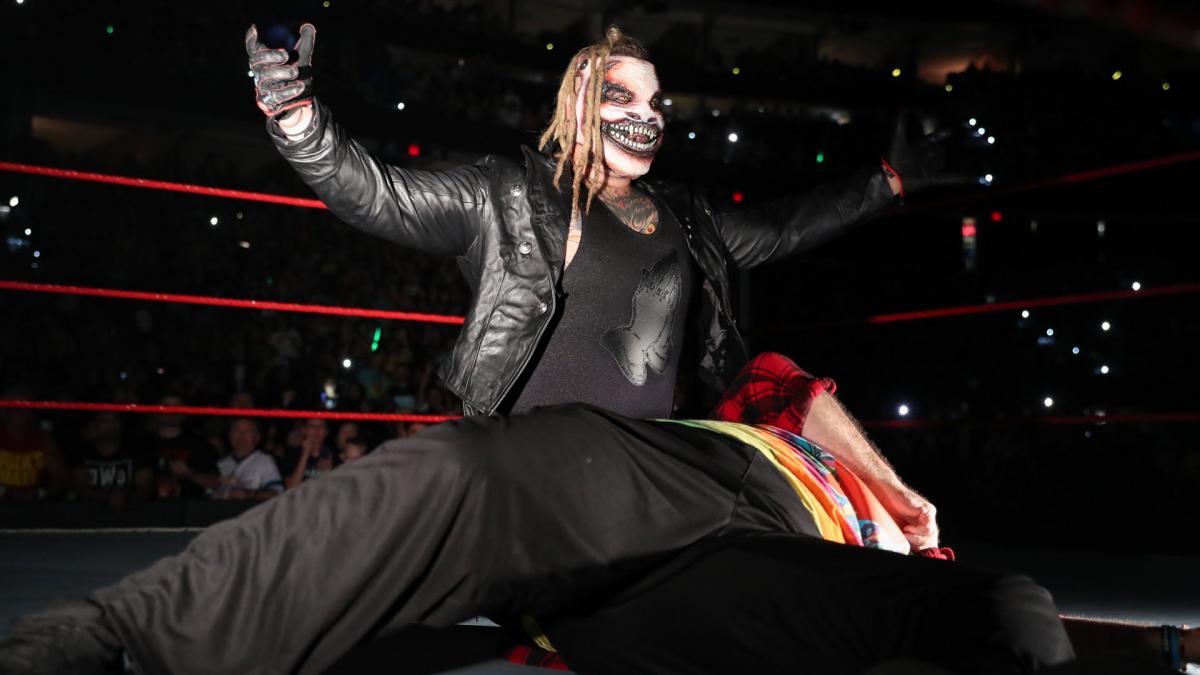 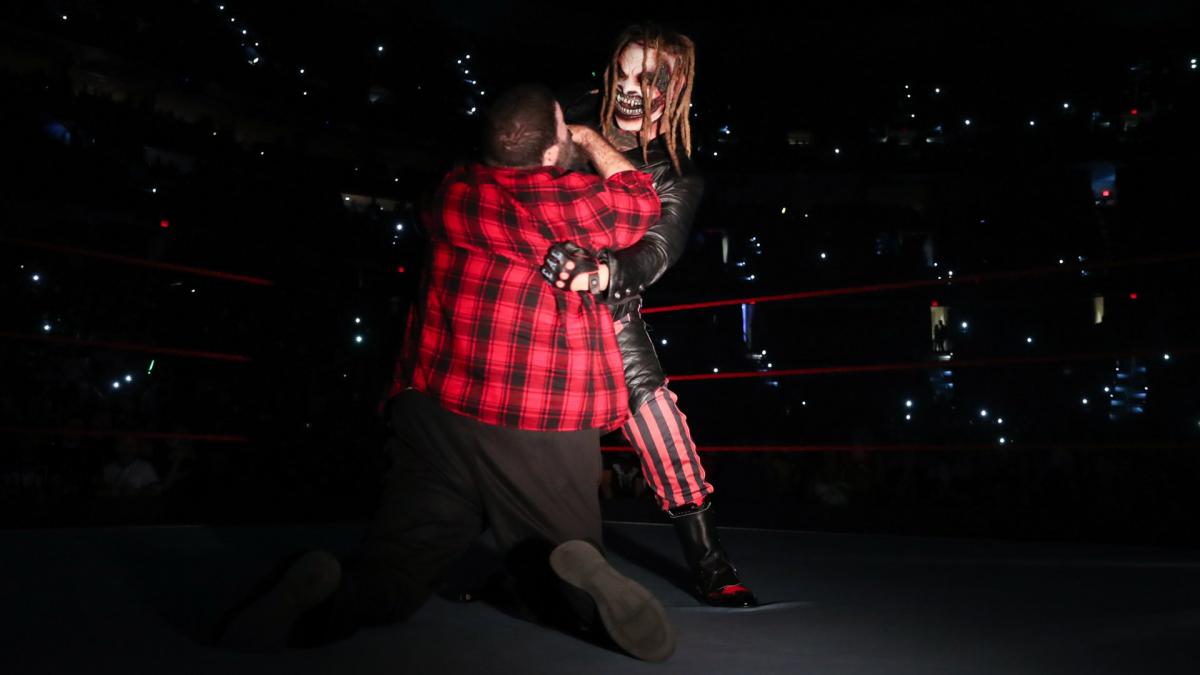 On the other hand, Randy Rowe got abused for about a minute by Braun Strowman, with most of those 60 seconds entirely superfluous.

All the winners of the 24/7 Championship…it seemed like it was a bunch of upsets. How else do you explain Patterson, Briscoe, Kelly Kelly, Alundra Blayze and others becoming 24/7 Champions tonight?

The night was full of them, and basically most of the Reunion variety. 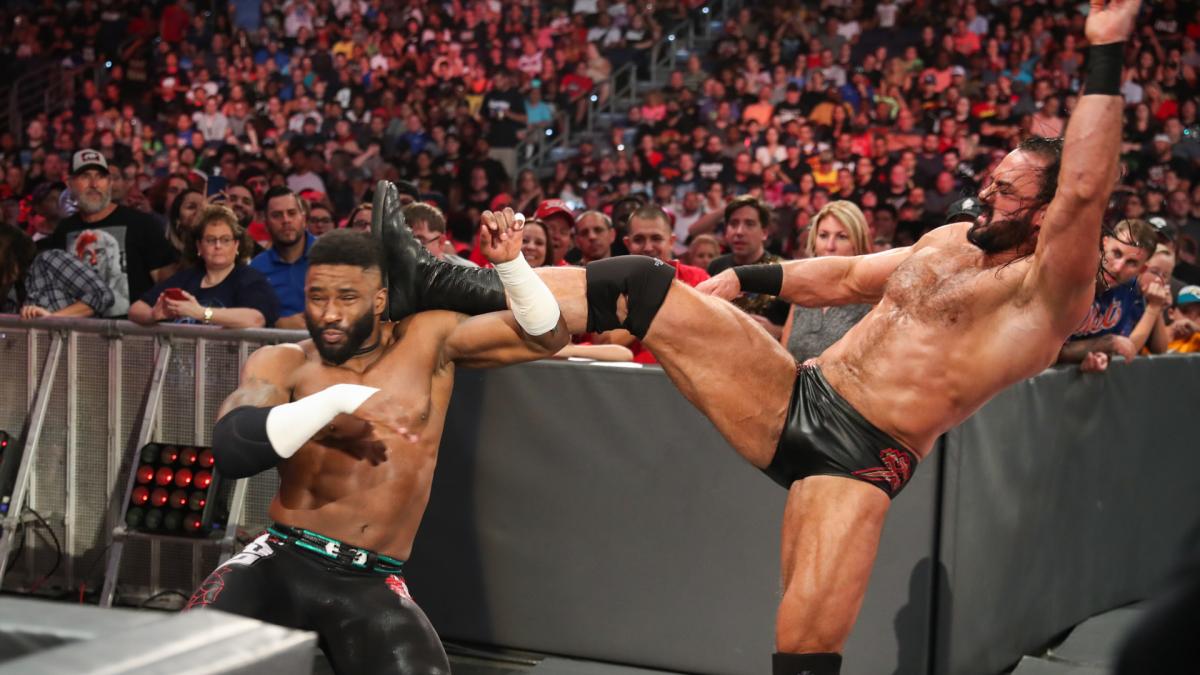 John Cena opened the show, a big surprise as he wasn’t advertised for the show. He had an interesting bit of interaction with The Usos and Rikishi.

The night gave us other unannounced surprises, like one of my favorites, Rob Van Dam.

It’s worth pointing out that on the big RAW anniversary show, not all that long ago. D-X/The Kliq shared a babyface moment with the remnants of Bullet Club, in what many saw as a passing of the Too Sweet torch. 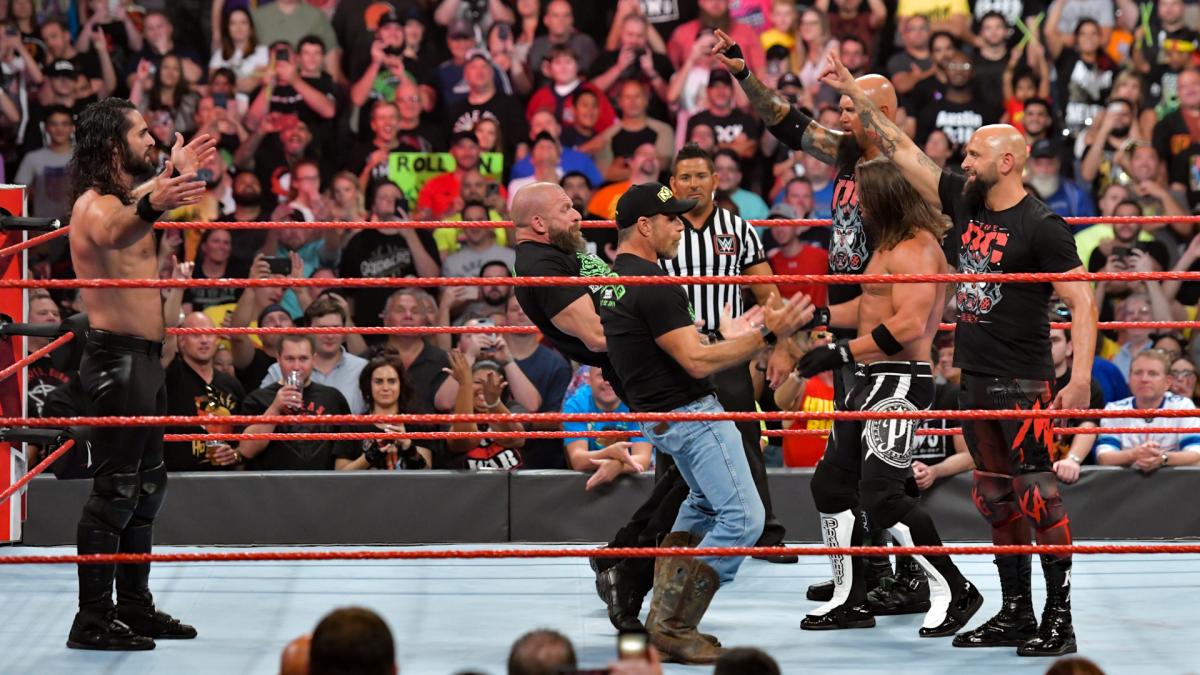 Tonight, Hunter and HBK came down to even the odds during the AJ Styles/Seth Rollins match. They were later backed up by members of The Kliq, nWo and whatnot, despite AJ appealing to them, reminding them of that Too Sweet moment.

Shawn didn’t look all that crisp when clothes-lining Gallows over the top rope with Hunter…just saying.

Had to be the Street Profits talking about hanging with Mark Henry, toking up with Rob Van Dam (complete with eye drops!) and the other getting jealous.

Or, perhaps the insane number of 24/7 title changes? I mean…Pat Patterson, Gerald Briscoe, Kelly Kelly and others either held or bought the title tonight? It was insane.

What did we have, like eight 24/7 Championship title changes tonight?

Otherwise…it was a reunion…the whole thing was noteworthy. We had a ton of announced names, plus a few that were not-Cena and RVD among them. Maybe it was a cheap ratings ploy, but I’d be surprised if it didn’t work. 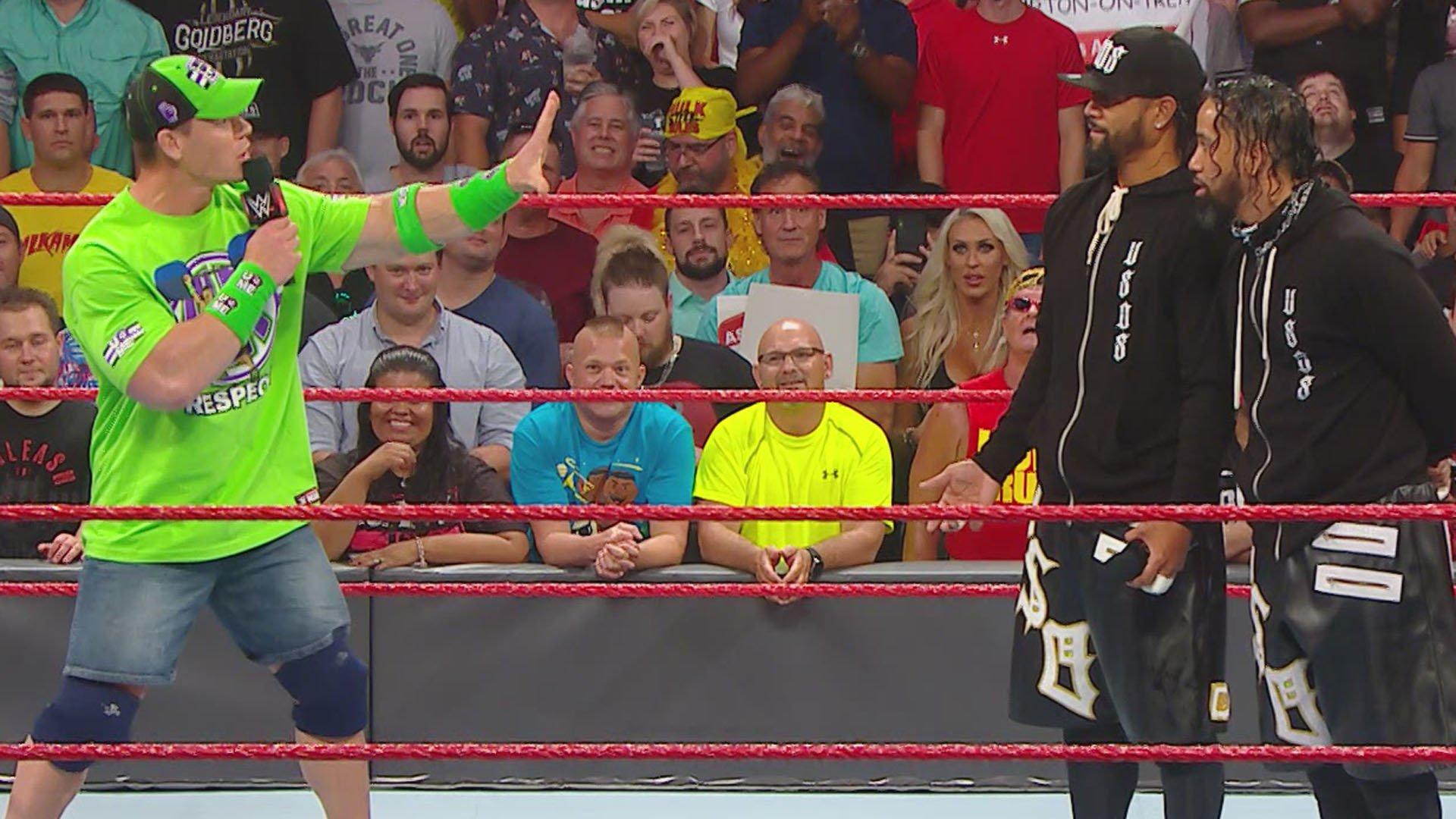 We get Mick Foley, jobbed out to The Fiend….we get a little on commentary about it during the attack, then RAW fades to commercial. We come back, and Cole says nothing about it? We get a really brief mention by Alexa Bliss at the open of her Moment of Bliss segment, but that’s not enough.

If you want to put Wyatt over as a monster heel, you can’t gloss over that attack, even on a crazy busy show like RAW Reunion.

Also, maybe it is just me…the mask is creepy, sure, but I am kinda over it. Face paint? Sure. A lucha type mask? Sure. A Halloween mask? Does not work for me in the ring.

The parade of nostalgia was fun.

The last five minutes of Austin being Austin was the cherry on top.

Well, it was fun, that’s for sure. Next week means back to the matter at hand, which of course is setting up SummerSlam.

One downside of things? With so much time left in the last segment, I was so sure WWE had one last big surprise coming at us-most fans probably were hoping for The Rock. Alas, we had no additional surprises in store for us tonight, but on a night chock full of them, it’s hard to complain too much.