Former WWE Diva Eve Torres has accused Donald Trump of harassment + Tyler Breeze speaks out about his return to NXT from the main roster.

Former WWE Diva Eve Torres has accused Donald Trump of being forceful with her while she was an active wrestler. In other news, Tyler Breeze speaks out why he wanted to quit the company and why he eventually returned to NXT. 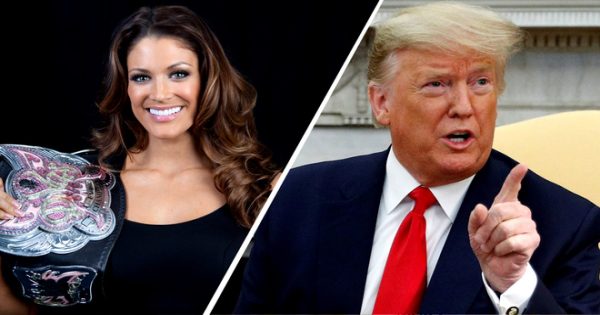 Torres took to social media on President’s Day to make a strong statement about the current president of the United States Donald Trump. As you may know already, Trump has a strong history with the company. He has made numerous appearances over the years and is known to be friends with Vince McMahon. In fact, even Linda McMahon is a member of his current administration.

Not everyone liked Trump though, especially the WWE Divas if Eve Torres is to be believed. Torres accused Trump of “pulling and grabbing her forcefully”.

Happy Presidents Day. ⁣ I look forward to having a president who doesn’t grope or objectify women. I have taken pictures with thousands of men at military bases, at WWE events, and signings, and very few have grabbed me and pulled me in as forcefully as he did without knowing me. Of course, at the time I believed it was my job to be eye candy in a photo for this supposed billionaire, and play along. It is actually hard for me to see that photo because it reminds me of my beliefs about my worth at the time. Swipe to see what I mean. Swipe again for a brush up on Creepy Hug Defenses including the Inappropriate Photo Squeeze. ⁣ PS The pregnancy announcement is old so no I’m not pregnant again. Also, this was scary for me to post but it’s been on my mind. We haven’t forgotten about your p+$$y grabbing, Mr. President.

We doubt there will be any repercussions for Torres, as the reputation of the current POTUS when it comes to women is widely known. However, it does highlight how much the WWE has changed over the years. It shows that women are more than just eye candy now. And, that is how it should be! 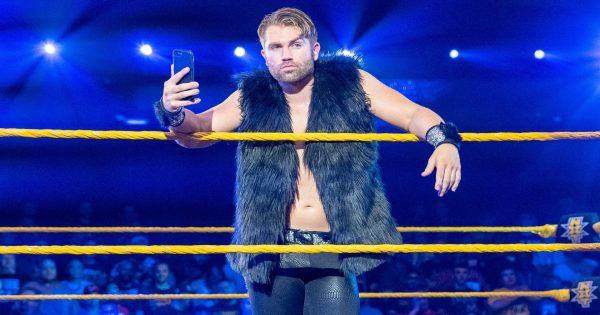 Tyler Breeze was one of the first main roster wrestlers to return to NXT. At the time, it was quite unusual yet more have followed in his footsteps; this includes Finn Balor. Now, Breeze has spoken out about his reasons for going back to NXT.

Before he returned to the developmental brand, Breeze wanted to quit wrestling and the company he worked for. After having several conversations, the WWE decided to move Breeze back to NXT. And, Breeze admits his move had a positive effect on his passion for the business.

“I was like, ‘I don’t think I wanna wrestle anymore. Like, I don’t think I want to.’ I kinda had a conversation like, ‘If you don’t need me I’m good to go. I don’t need to be here.’ It kinda got turned into, ‘Okay, we don’t really wanna see you go so let’s make this work. I mean, that’s when I made the transition down to NXT and it kinda started to reinvigorate me a little bit.”

Since his return to NXT, Breeze has been very involved in his “Flatbacks Wrestling School”. The wrestling school is owned and operated by Tyler Breeze and Shawn Spears (formerly known as Tye Dillinger).

Like Breeze, Spears was unhappy with his position in the WWE and was released by the company. Fortunately, Spears found a new home at All Elite Wrestling and has remained very involved with his wrestling school.

As it stands, it seems like Tyler Breeze will remain in NXT for the foreseeable future. He is most likely going to be used to push other stars, but could have some title opportunities in the future too. In the end, we are happy he found his passion for wrestling again. So, the move to NXT was undoubtedly the right choice for him.