Bobby Lashley once shared a wrestling ring with Donald Trump and he spoke on their relationship. Also, some news on the WWE - Saudi Arabia deal. 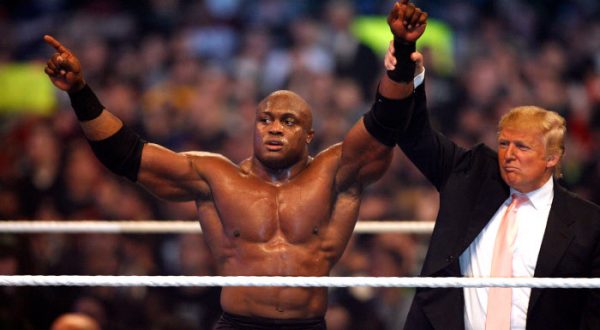 Before becoming the President of the United States, Donald Trump was just another billionaire. Always a fan of WWE, Trump would take part in a major angle at WrestleMania 23.

Trump and Vince McMahon issued a wager on a match between Bobby Lashley and Umaga. The losing billionaire would get their head shaved bald with Trump’s pick of Lashley getting the victory.

When it came to working with Trump, Lashley had nothing positive words.

“I mean he was a team player and all the way through it he just made the whole angle, the whole story, the whole feud, everything he made it great,” said Lashley.

While WrestleMania season was underway, Trump was also working with Miss America contestants and thought Lashley was the right man for those women.

“He was like, ‘Bobby are you single?,’” said Lashley. “At the time I was and he said, ‘Well, you should think about talking to one of these guys, you seem like a nice guy — college degree, military background, great body.’”

How can @realDonaldTrump be racist if he picked Bobby Lashley? #Kayfabe

Lashley never met up with any of the Miss America contestants, but he approached Trump’s offer.

Now, Trump is busy being president and Lashley has stolen Rusev’s wife, Lana, in WWE storylines. 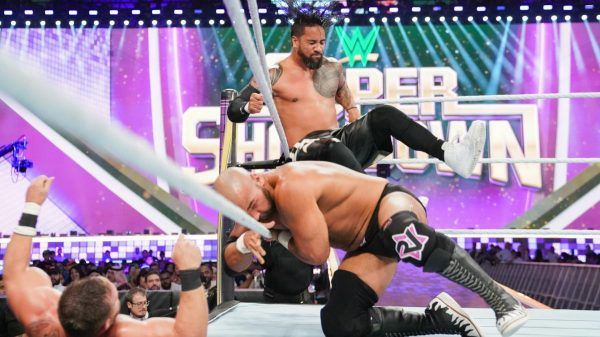 A big difference between the current Crown Jewel and previous events is how much WWE is mentioning the country of Saudi Arabia. With WWE making about $40 million per show, they are trying their best to please the country.

The Wrestling Observer Newsletter also noted how the Saudi Arabian Government is seeking to improve their image.

“It’s all about the Saudi Arabia money. People are like, ‘Why are they talking about Saudi Arabia now when before they didn’t?’ Saudi Arabia is paying WWE this money to whitewash their image and people have to understand that. That’s what it is.”

PSA you can shit on wwe for not having evolution without coming for crown jewel. saudis government has a horrendous track record but guess what babes america’s tracklist is 10 times worse

Took me 35 seconds to turn it off. As soon as they started hyping the #CrownJewel aka #WWE #BloodMoney #FridayNightSmackDown sucks balls. You hear that @WWE ? That’s the sound of losing another million viewers.

As far as Crown Jewel goes. They have a contract that’s going to get them 40 million per show. WWE decided that they would lose more money not having the show. They made a business decision like every corporation.

Several wrestlers have declined to attend the shows, like John Cena, Daniel Bryan and Sami Zayn, due to the political storm centered around Saudi Arabia. In 2018, there was lots of criticism due to the murder of journalist Jamal Khashoggi.

“This is all about using WWE to spread their message and you know they didn’t do it on the last two shows because the political climate wouldn’t allow them to do it.”

In the end, WWE kept their promise and have been moving forward with their Saudi deal. That deal will see two shows per year for the next decade.