The WWE is known to confiscate signs they don't like, and they are at it again! This time, a fan saw his Eric Bischoff sign disappear.

The WWE is not beyond confiscating fan signs in sharp contrast to the Attitude Era where fans were free to show up with any sign they want. Now, the company is very focused on their image and those signs no longer have a place in the company. One fan even got his Eric Bischoff sign confiscated! 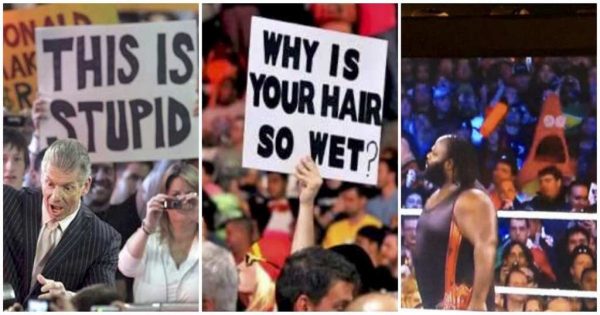 There seems to be no freedom of speech when it comes to WWE signs. Instead of letting fans express their opinions, even if they are humorous, the WWE are taking signs away.

One of the most recent incidents involved an Eric Bischoff sign.

One fan showed up to a WWE taping with a sign that said, “IT’S DAY TIME #83 WEEKS.” Evidently, this is a reference to Eric Bischoff and the amount of time WCW beat WWE in the ratings.

Unfortunately, the WWE did not like the sign and asked a security guard to take it away. The fan later posted about the experience on social media.

Yo @EBischoff I was still able to get it on tv before @wwe took it from me!! @83Weeks pic.twitter.com/XG2dn3Jx7W

Even though Michael Jarrett managed to get his sign onto television for a very brief time, not everyone is that lucky.

Apparently, more signs were taken during the Memphis taping.

Another fan made a sign that said 901 wrestling, which refers to the Memphis area code. That being said, there is an actual 901 Wrestling promotion, even though it is far from competition for the WWE. Nevertheless, the sign was taken and never made it to television.

What Signs Are Acceptable To The WWE? 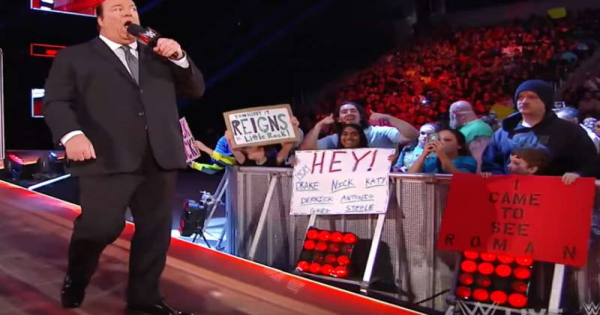 Nowadays, there are not a lot of signs that are acceptable for World Wrestling Entertainment for pay-per-views as well as Raw and SmackDown. So, if you are going to attend an event and plan to on take a sign, special care is recommended.

One of the things that does seem acceptable for the WWE is anything that supports a character within the company image.

A typical example is the “Yes!” sign, which supports Daniel Bryan’s movement.

There are also plenty of Roman Reigns signs that are considered acceptable, including “Make it Reign.” So, as long as it falls within the storylines of the WWE and does not mention the competition, you’re probably fine.

Is This The Right Move For World Wrestling Entertainment? 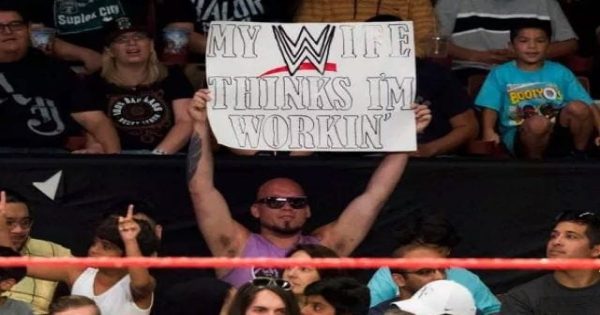 But, let’s be honest for a second!

Is this really something the company should do to protect their image? While there are certain signs that are undoubtedly unacceptable such as racism, sexism, or general abuse, most signs are harmless, just a bit naughty. It’s a fun way for fans to express themselves and get their signs on television – which they can view later and tell their friends about.

Naturally, some of the signs that have been confiscated lately are far from insulting. They just poke a little fun and are relatively harmless.

Nevertheless, the WWE is not stopping confiscating signs they find inappropriate. In time, it could mean all fan signs disappear altogether.

But isn’t that what wrestling is all about – fan reaction? World Wrestling Entertainment no longer seems to think so.