This week, SmackDown In A Nutshell is all about the Royal Rumble. The Fiend and Daniel Bryan sign their contract..we've never seen a signing go bad, right?

It’s another Friday night (or Saturday, when you’ll be reading this), which means it’s another SmackDown In A Nutshell coming your way. But, to be fair, this isn’t just any SmackDown In A Nutshell. Nope, this SmackDown In A Nutshell is the go-home show as WWE heads towards Sunday’s Royal Rumble-the first major PPV of 2020, and the official kickoff on the Road To WrestleMania. So what are we getting on the blue brand’s Friday offering? Simply put, it’s all about the final hype for Sunday. The cherry on top? A contract signing between Daniel Bryan and The Fiend. Will their strap match make Sunday a Fiendishly Bloody Rumble? Let’s crack open this Nutshell and find out! 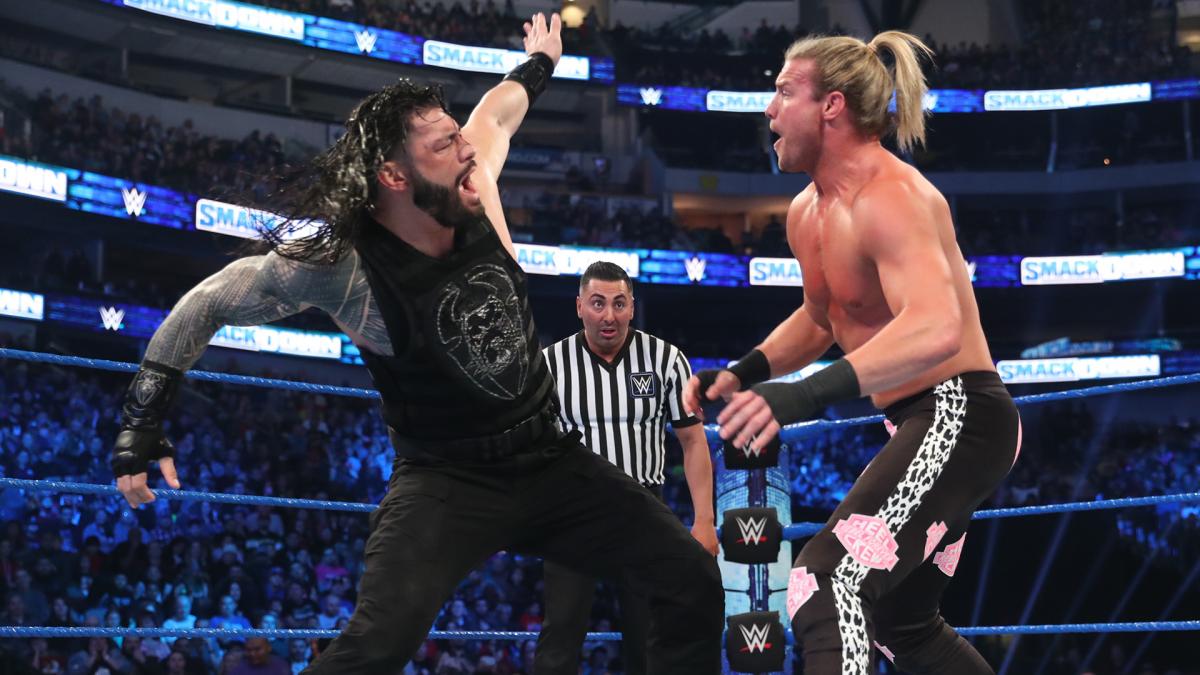 If you check out social media, fans were mixed, offering up a few choices. For me, I can understand the dilemma. Fans got treated to several solid matches.

For me? The opening six man tag match was the one that stood out the most. 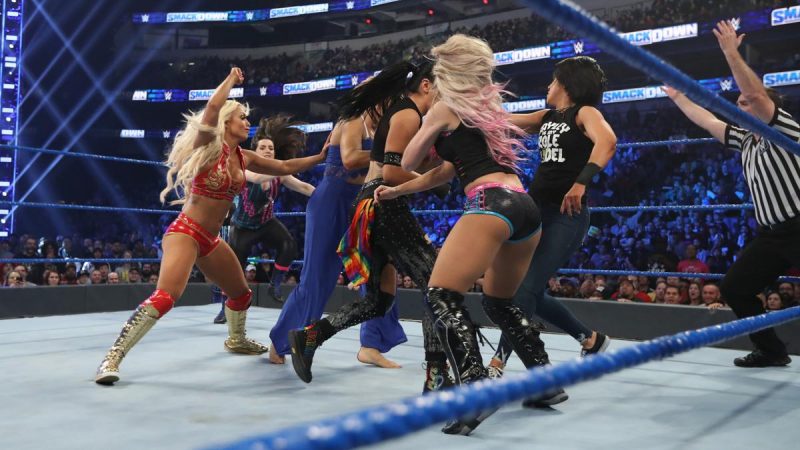 The women’s tag match. That broke down quickly…

I shall just leave this one right here…

Though to be fair, Lacey using her heel as a weapon was interesting too.

When @LaceyEvansWWE beat Bailey with a shoe i was screaming “THATS A MOM FOR YOU!!! Beat her ass!!!”#SmackDownOnFox

The Usos and Roman Reigns looked good in the opening bout. I’m guessing WWE will be pushing this one as The Bloodline or some such moniker before too long 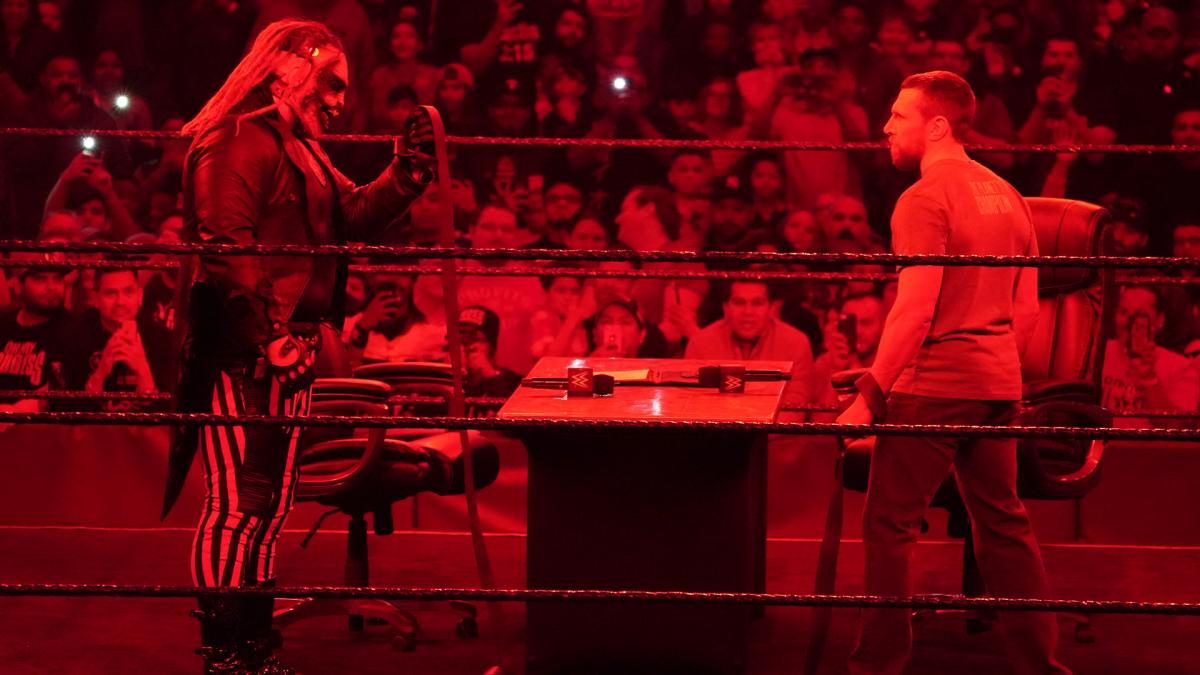 That was a rather intense closing segment. As far as contract signings go, it was a more entertaining one than usual. I consider that some form of high praise, considering that first, these signings are over-done and obvious setups and second, I hate the red light. I am not alone…

The Fiend wrestling with that red light is ruining his matches to me. #SmackDownOnFox #RoyalRumble

🎶 Vince McMahon….you don’t have to put on the red light. 🎶
#SmackDownOnFox

That said, stabbing oneself with a pen, in order to sign in blood (though I assume it was all gimmicked), that has to make the list…

Di…Did he just sign a contract with his own blood? 😳😳😳 #WWE #SDLive pic.twitter.com/hDnoC64lgg

I honestly don’t have a ton to complain about.

I do wish the women had more time to hype their Rumble, but it was what it was.

We got a contract signing involving blood, and it didn’t suck either.

Contract signings suck 98% of the time. That was one that didn’t. Intense. #SmackDownOnFox

We had several good matches, and even the shorter ones or less good ones served a purpose. Maybe not the best show, but it seemed to be, for the most part, well thought out.

When all is said and done, I think we got a decent to good go home show. Not outstanding, but good and it hit some key notes on the way to Houston.