Mandy Rose is not leaving WWE TV anytime soon as she signed a new deal. Also, Kylie Rae opens up about her mental health, anxiety and eating disorder.

Mandy Rose is not leaving WWE TV anytime soon as she signed a new deal. Also, Kylie Rae opens up about her mental health, anxiety and eating disorder. 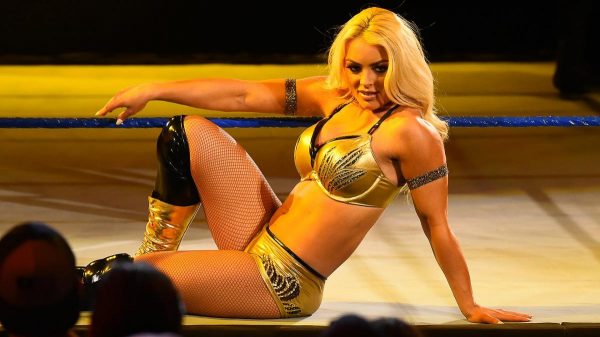 Do not look for Mandy Rose to be leaving WWE anytime soon. The SmackDown superstar appeared on a Bradley Martyn workout video and revealed she just signed a five year deal.

In 2015, Rose was unsuccessful in her attempt to win Tough Enough. Still, she was offered a contract. Before heading to the main roster, she was part of the season 6 of Total Divas and also worked in NXT.

Alongside Paige and Sonya Deville, Rose debuted on RAW in November 2017. The stable did not last long, as Paige went down with a career ending injury.

But, Rose and Deville continue to team together. They have taken part in several first for the women’s division, although the duo are still looking to capture tag team gold. For now, Rose in the middle of a storyline with Otis. He has a crush on the 29 year old and we cannot blame him.

I will reiterate this every week – the Otis and Mandy Rose storyline is the best thing about SmackDown right now.

Going to be TV gold when she ends up turning on him in a few months. pic.twitter.com/NJKpZrXNZM

For the past year, WWE teased a potential lesbian storyline between Rose and Deville. That did not happen as Lana and Liv Morgan got the nod. 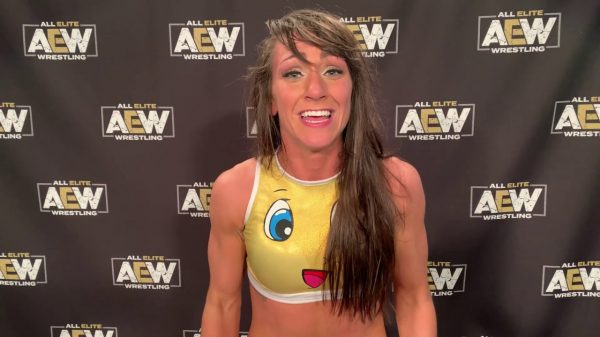 Kylie Rae made a splash in her short time with All Elite Wrestling (AEW). Despite the overwhelming support, Rae’s time in AEW did not last long and now she works for Impact Wrestling. AEW President Tony Khan said their was bad blood with Rae.

While Rae or AEW have not publicly stated what led to her quick departure, the popular female wrestler posted the following lengthy Instagram message. In it, she talks about dealing with mental health, anxiety and an eating disorder.

🚨Long post alert! This is a tough one: Here’s a non-edited picture of myself, no make-up, non-showered 😂. But hey, I’m down 7 pounds! Aye let’s get vulnerable for a sec 😅 Mental illness is no joke y’all. On a real note, it’s been a rough time. Starving, then binging, gaining 15 pounds, excessive workouts, major depression, panic attacks, etc. I’ll spare all the details but one thing I’ve learned throughout this whole thing is: it’s okay to talk about it ☺️. Being able to open up with others and listen to stories, hearing, sharing knowledge, and learning how much others go through, as well as myself, along with different remedies on how to cope and overcome is one of my favorite parts about this life and has definitely helped me open up. Thank you to anyone and everyone who has helped along the way, and hopefully this can even help someone else in need. 😅 Not where I used to be, but better than I was. Feel free to drop different therapeutic remedies and self care techniques below ❤️ #StrivingForProgress #NotPerfection #MoreSelfLove

Hopefully, Rae can stay positive (like her wrestling character) as she keeps entertaining fans.