The Human Ken Doll has had over 100 plastic cosmetic surgeries and procedures, now he has decided that he now wants to live as Barbie.

After having over 100 cosmetic surgeries and procedures to become a Human Ken Doll, Rodrigo Alves is used to people rubbernecking to check out his unusual look. Now, he’s taking things even further by transforming from Ken into Barbie.

The Human Ken Doll has had so many surgeries on his nose that it is collapsing. Earlier this year, he was warned that his nose might be reduced to just a hole in his face.

BACKSTORY: Human Ken Doll’s Nose Is Collapsing So He’s Having Another Surgery

While he still has his nose, he’s decided to have surgery to remove something else. He isn’t just going to dress like a woman, but he plans on having gender reassignment surgery.

For years, people have pointed out that Alves likely needed psychological therapy to address his constant desire to change himself. In the past, he dismissed that feedback but now he thinks that he was running from his identity because he believes he was born to be a woman. Perhaps he believes this will satisfy his need to be gawked at.

“I’m known as Ken but inside I’ve always felt like Barbie,” the Human Ken/Barbie said. “I finally feel like the real me. Glamorous, beautiful and feminine.”

“Growing up, I was very feminine and used to play with dolls and wear my mum’s dresses and heels,” the presumptive plastic surgery addict stated.

It was during a photo shoot that Alves was struck with the realization that he should become a woman. Alves claims that he had feminine tendencies as a child and perhaps this is the reason he felt the need to constantly change his appearance.

Now, he has decided to go all in.

You can’t tell me this person isn’t suffering from some form of mental sickness. https://t.co/2RNOhQPGUG

“Within a month I was diagnosed with gender dysmorphic disorder and given the option to start the ­appropriate medication to transition,” she says. “Before, people looked at me because I looked very androgynous and weird for a man. Now I hope they are looking because they think I am a beautiful woman.”

As you can see in the picture below, thanks to plastic surgeons, Alves looks nothing like what he did before his obsession with continually changing his looks.

RELATED: Human Ken Doll Detained For Looking Nothing Like His Passport Photo 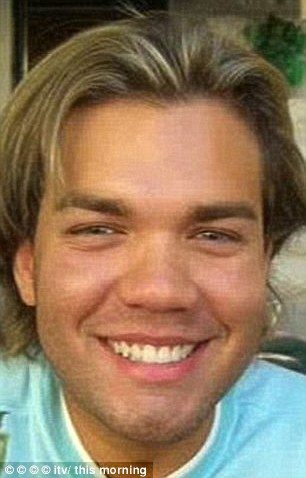 The Human Ken Doll will next have face feminization surgery where his Adam’s apple will be removed, his forehead will be reshaped, and his jawline will be softened.

The biggest surgery of his life will be the most sensitive.

“I will have a penile inversion and my testicles will be removed. That will be the final step,” says the man who has spent hundreds of millions on cosmetic surgeries. “Before that I’m having silicone breast implants. I’ll be able to wear dresses that show my cleavage and look sexy. I’m very excited.”

Many are wondering if Alves’s constant desire to change himself will be satisfied after having his physical male identity removed. He doesn’t appear to be comfortable in his own skin and surgery likely might not be the answer to his problems.

At some point, these plastic surgeons should be challenged on their ethics of taking so much money from this man when it’s clear to many people that  he will never find what he is looking for from the operating table.

The Human Ken Doll discusses his transition into becoming a woman in the video below. You might want to refresh your drink before watching it.