SmackDown In A Nutshell: A Blue Brand British Invasion

SmackDown is spending this week overseas (again), with the crew in Manchester, UK. We will see more build for Survivor Series, to be certain.

Hello everyone! This week’s SmackDown comes to us from across the pond. That’s right, it’s the first overseas episode since the brand shifted to Fox. With Survivor Series creeping ever closer, it’s worth wondering if we will have a blue brand British invasion tonight, or will things be relatively uneventful for a change (I wouldn’t bet on that!). Leading up to the show, we expect a big clash between Baron Corbin and Roman Reigns, and we’ve also been promised an appearance by Tyson Fury as well. Let’s crack open this Nutshell and see what happens!

I will go with…Kofi Kingston and Big E defeating The Revival to become new SmackDown Tag Team Champions. Kind of a surprising title change, but I suppose WWE should be sure to send some love to the UK fans. 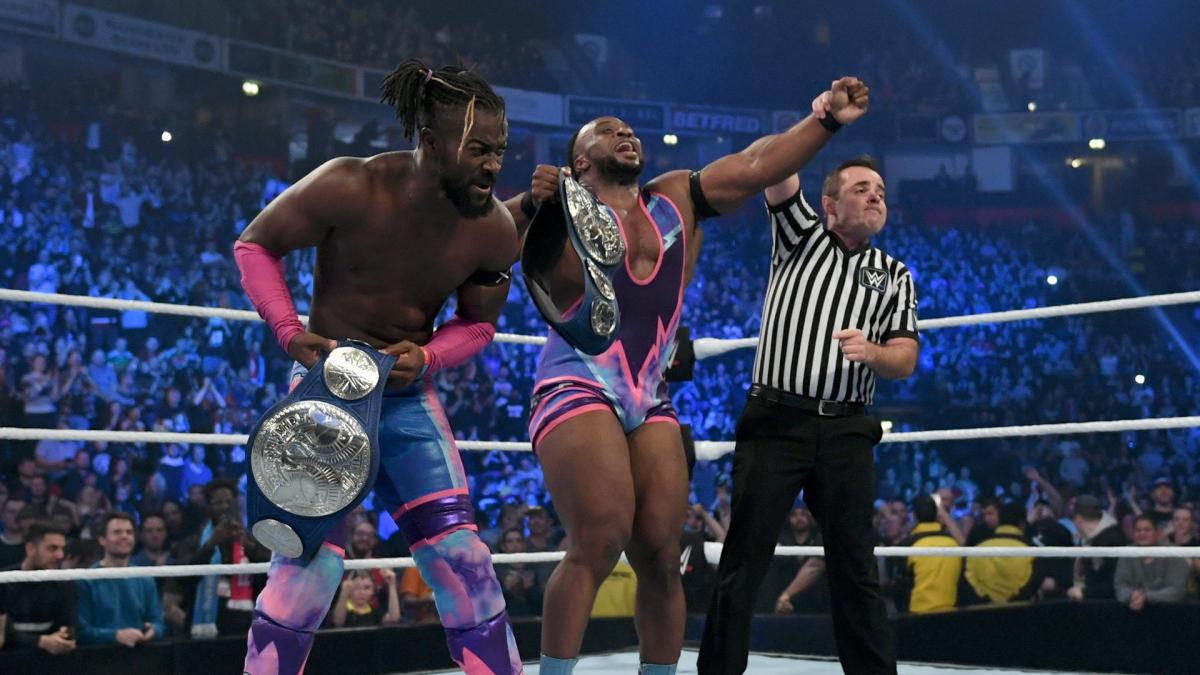 Considering what was at stake, I was not into the Carmella + Dana Brooke versus Fire and Desire. Like, they were battling for spots on Team SmackDown…and just was not into it.

I’d throw some love in a few spots…

To Kofi and Big E for becoming tag champions yet again.

To Imperium, for crashing the party 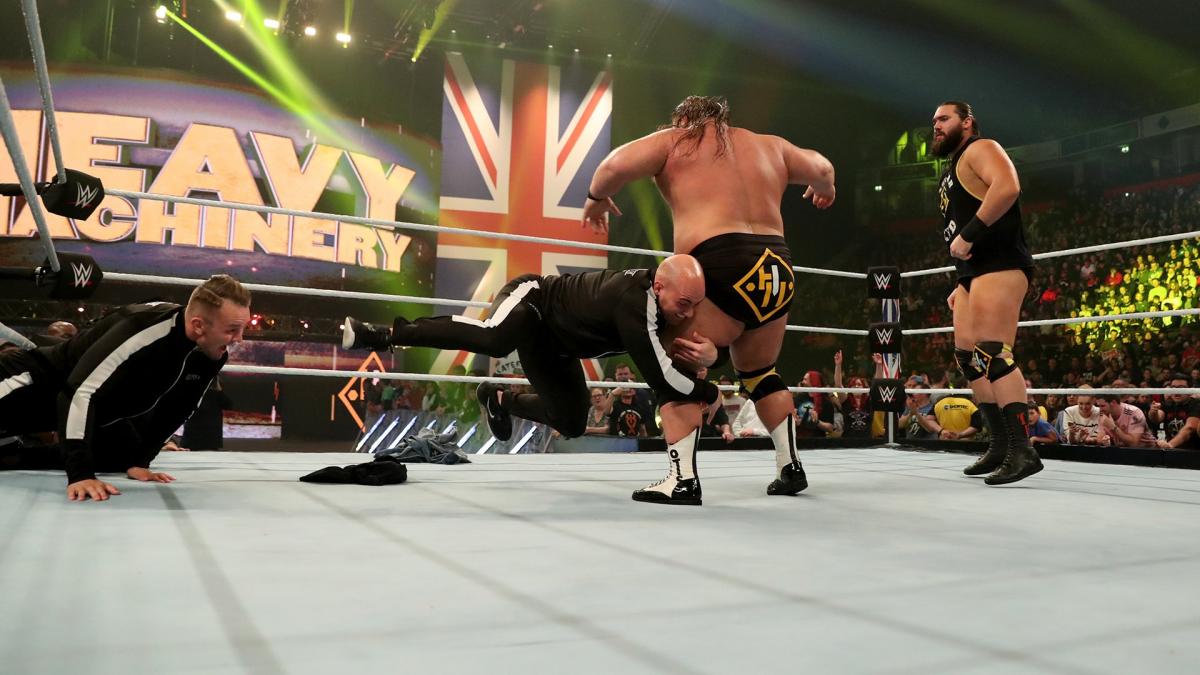 Tyson Fury, for a decent night in front of his hometown crowd. 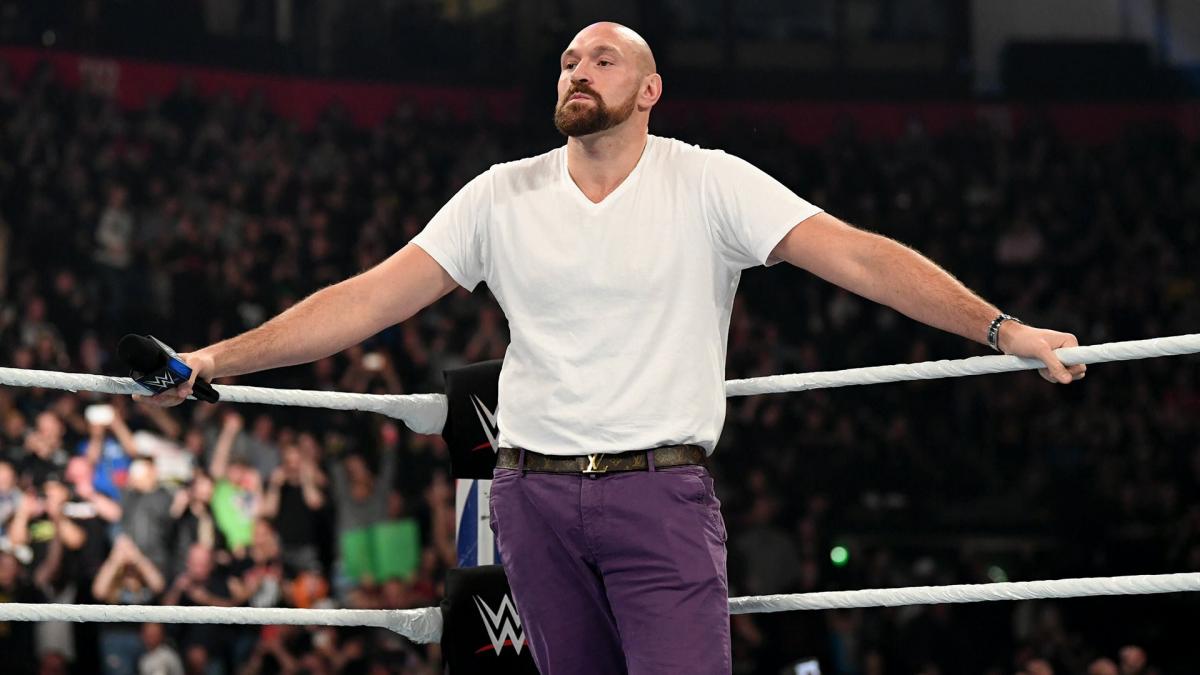 How about the B-Team? I think they fit the bill tonight 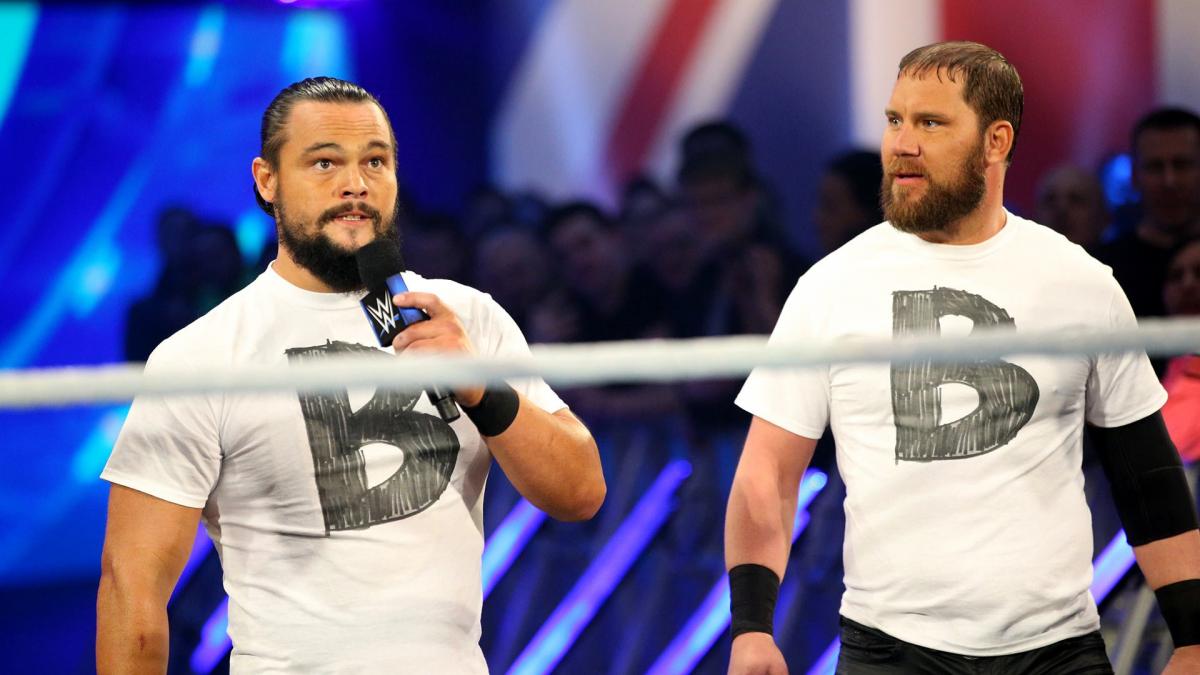 Well, we all thought Tyson Fury was a one and done kinda guy, didn’t we? Or, maybe we hoped? But now, he wants to team with Brock? Here’s betting it’s already lined up for a future PPV. 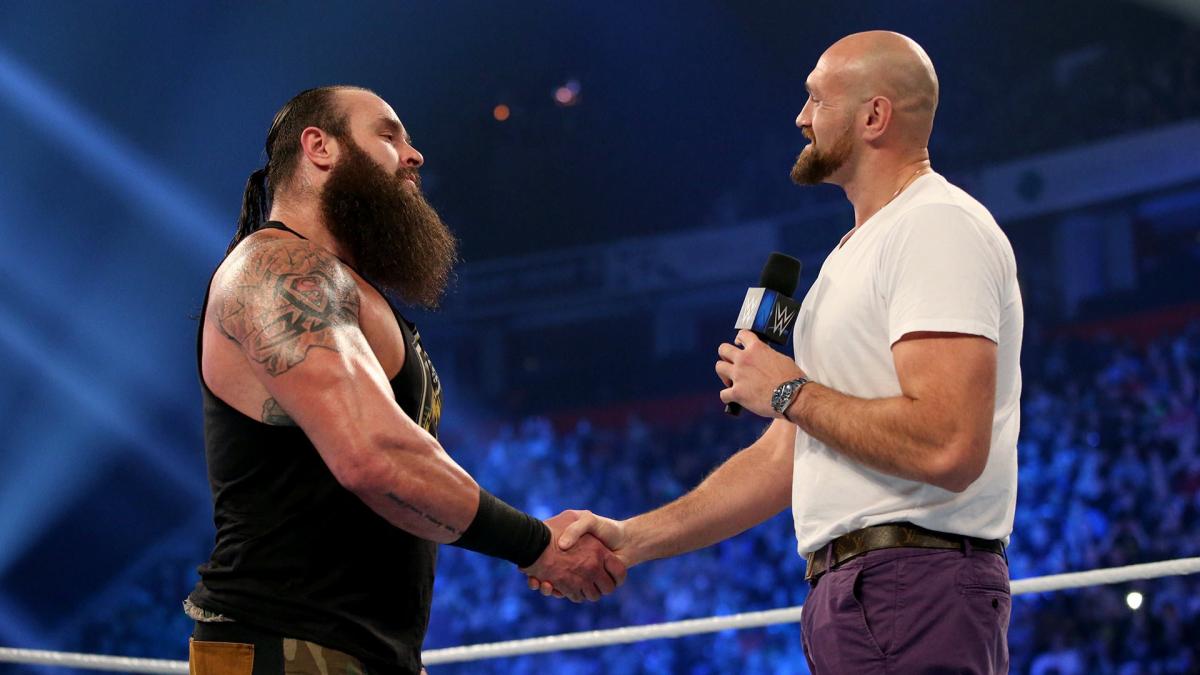 Shayna Baszler had another good appearance. 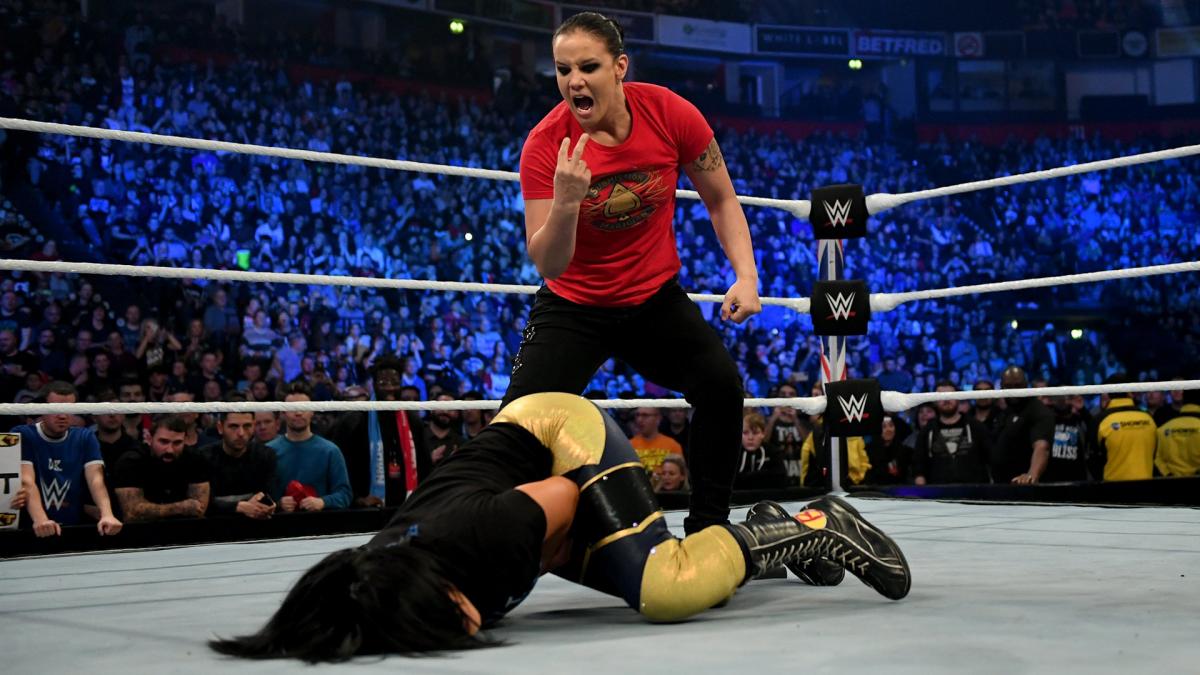 Well done by the four from Imperium, a nice way to keep the NXT invasion bits going. 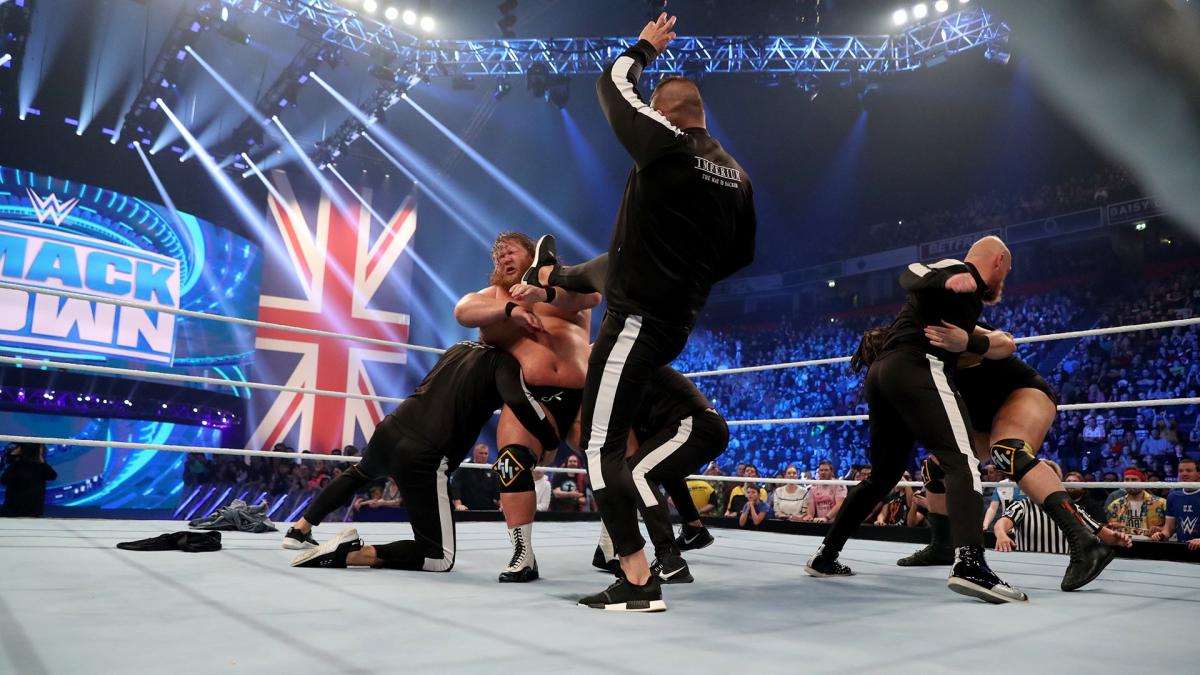 Perhaps it was because it was overseas, but it was a comparatively subdued NXT invasion…but we did have Shayna Baszler again, and she was joined by Imperium…so NXT was represented. 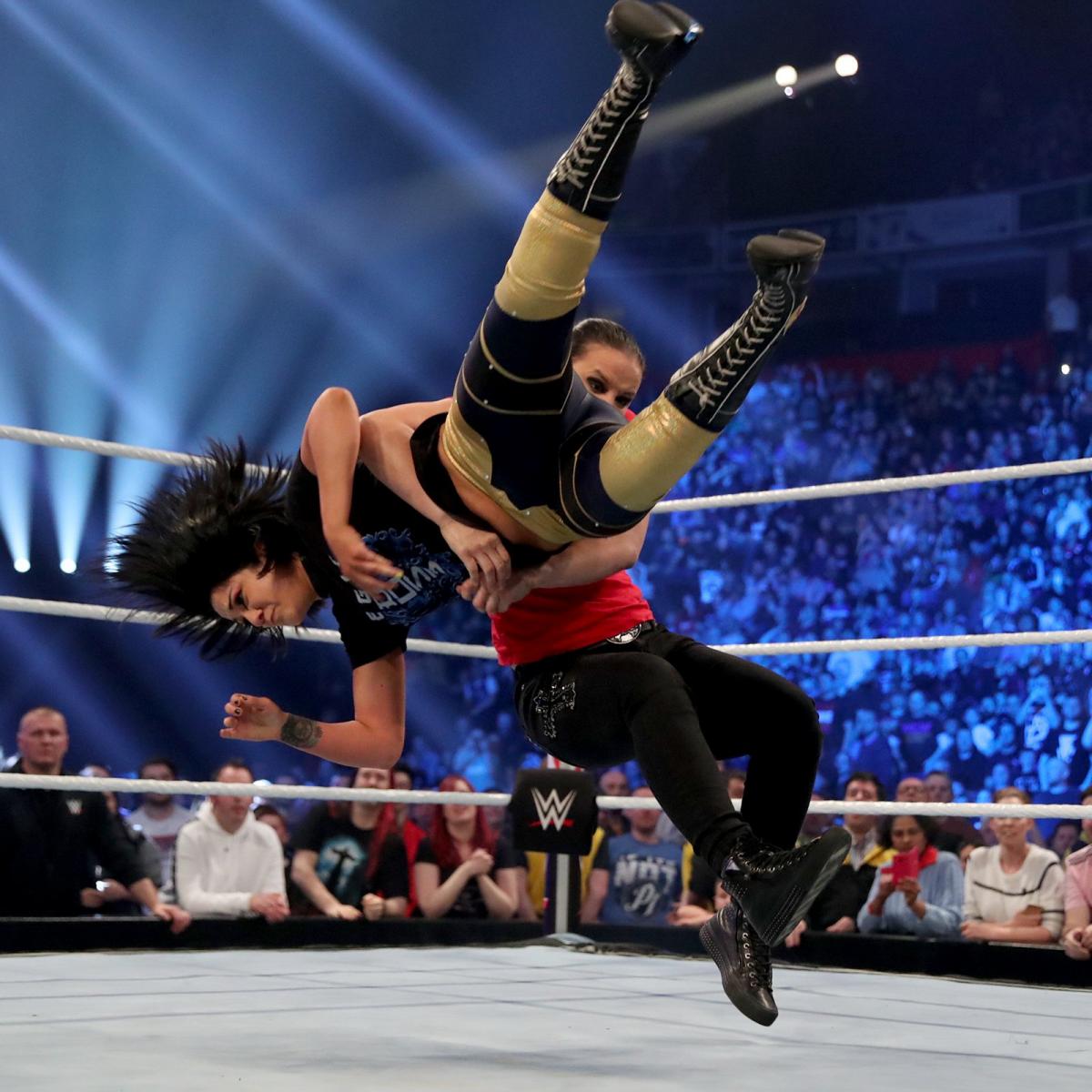 Also, having a title change is a nice touch.

So, apparently we are going with some angle that Reigns was a leader in the locker room, but guys like Corbin and Ziggler and Roode have lost confidence in him? But, beyond that, there’s no explanation as to why Roode and Ziggler would come out in support of Corbin?

Got absolutely no idea as to why Roode and Ziggler are out for this match but Roman takes them both out with a Superman Punch and Samoan Drop. #SmackDown pic.twitter.com/8YbKYA8TLP

With an upcoming PPV centered around brand warfare

A week after NXT declared war on Smackdown and NO Smackdown guys showed up on NXT@wwe decides to start a feud with Reigns vs Corbin, Ziggler, and Roode

#SmackDown has definitely picked up, after a slow start. Shout out to Sasha Banks, Daniel Bryan, Mella, Mandy Rose, Deville, Dana Brooke, Bailey, Reigns, and Basler for turning things around, despite this quiet crowd. 🤙🏽😉 #SmackDownManchester https://t.co/r6nya7jacE

NXT and NXT UK getting involved.

Well, this show was not nearly as good as last week. Just goes to show what a bunch of fresh faces in new places can be motivated to do.